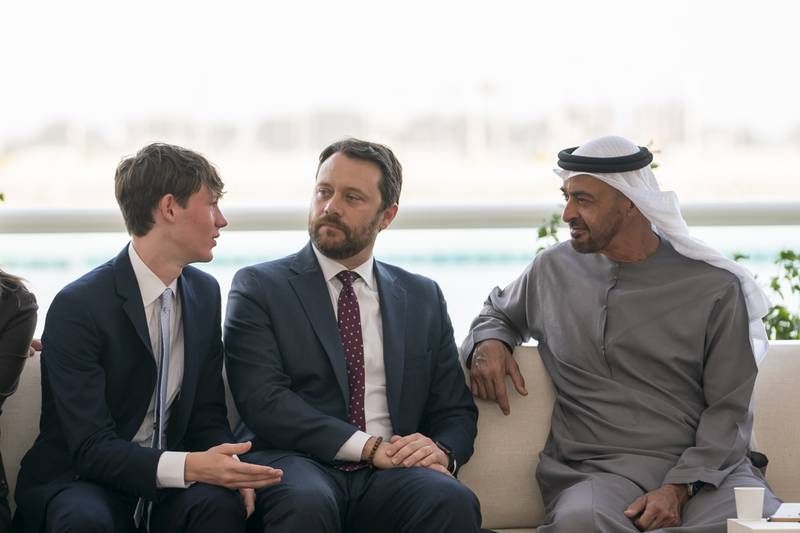 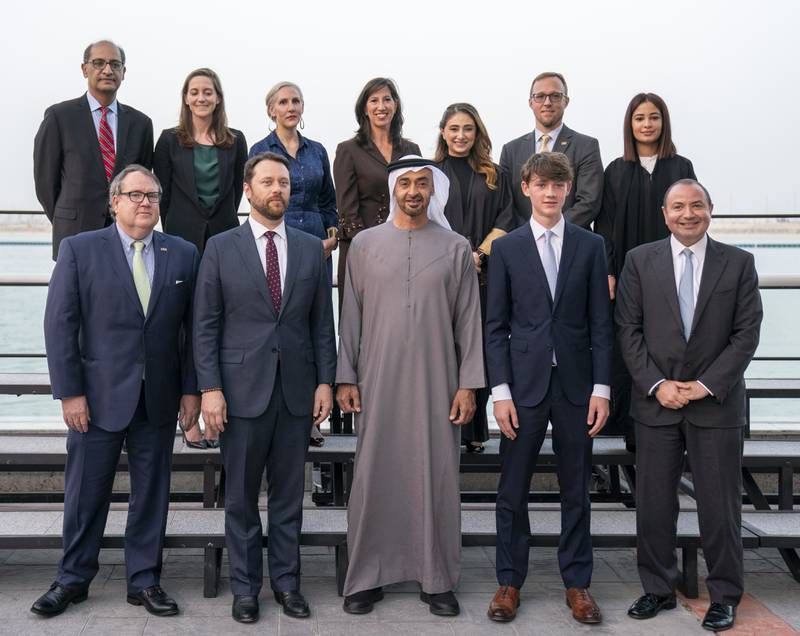 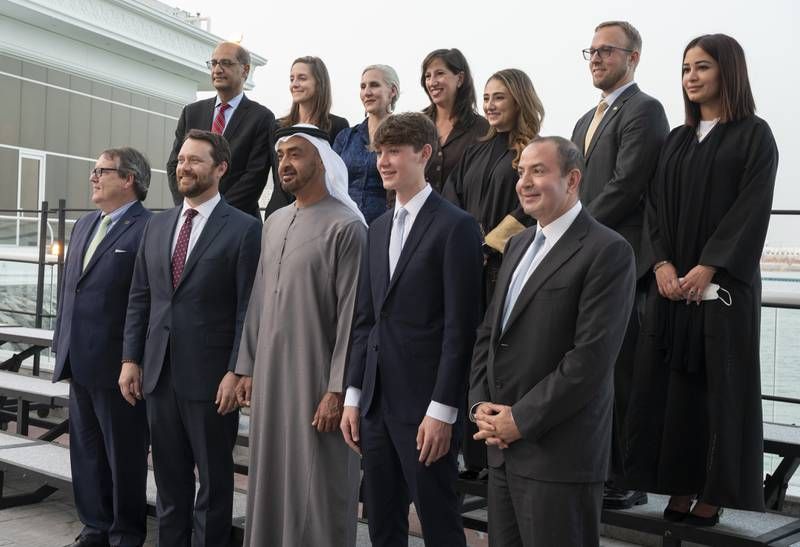 Sheikh Mohamed bin Zayed, Crown Prince of Abu Dhabi and Deputy Supreme Commander of the Armed Forces, meets members of the Carter Centre who participated in the ‘Reaching the Last Mile’ initiative. All photos: Ministry of Presidential Affairs

He met representatives from The Carter Centre in Abu Dhabi which has been on a mission to wipe out the ancient disease.

“I met with representatives of the Carter Centre who play a key role in the fight against Neglected Tropical Diseases,” Sheikh Mohamed said.

“As we get closer to the eradication of Guinea worm disease, we remain committed to working with our partners to advance health and human dignity around the world.”

Eight countries on Wednesday pledged to devote all resources needed to eradicate Guinea worm disease by 2030.

Officials from Chad, Ethiopia, South Sudan, Angola, Sudan, the Democratic Republic of the Congo and Cameroon agreed to fight the disease and endorsed the Abu Dhabi Declaration on the Eradication of Guinea Worm Disease at the 2022 Guinea Worm Summit held in the capital this week.

The three-day event was co-hosted by The Carter Centre and Reaching the Last Mile, which consists of several global health programmes working to eliminate the disease.

Meeting with Grand Duke of Luxembourg 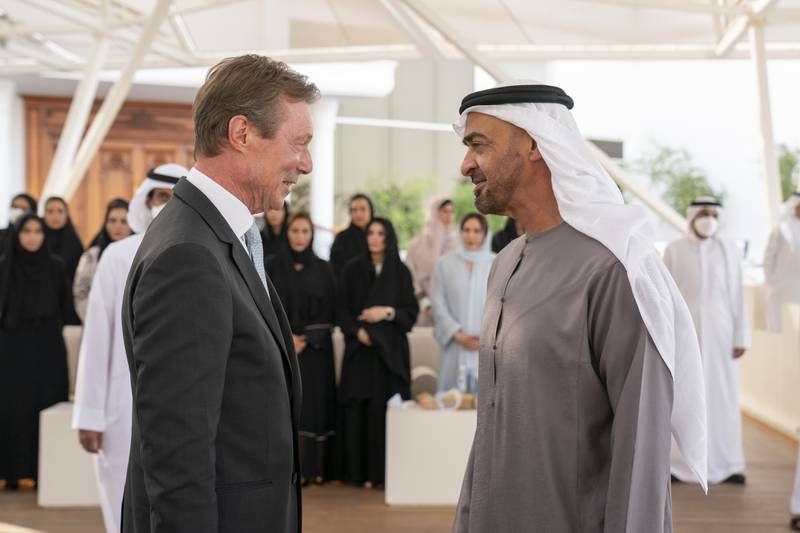 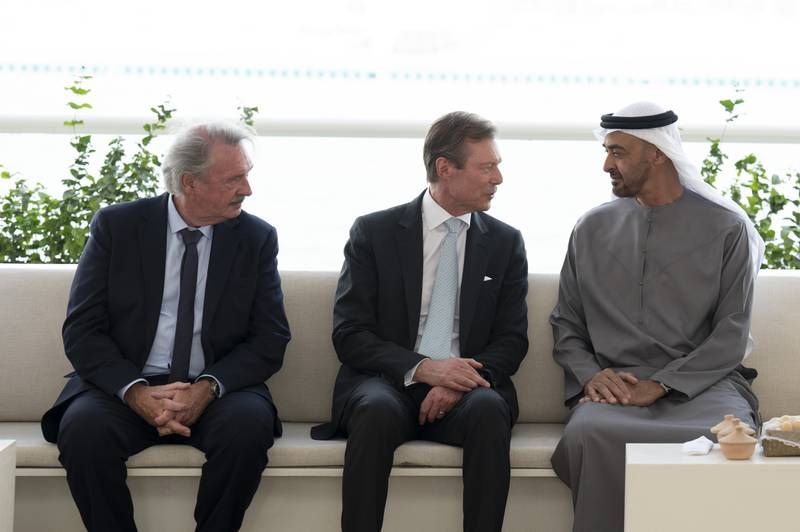 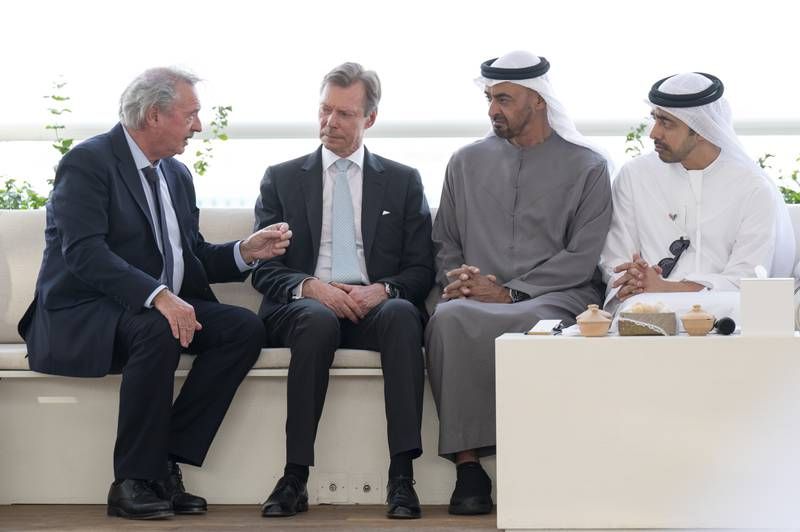 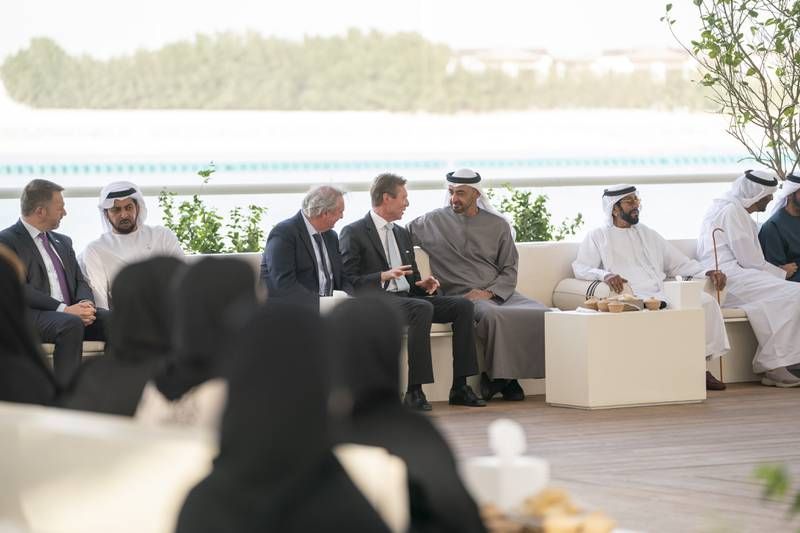 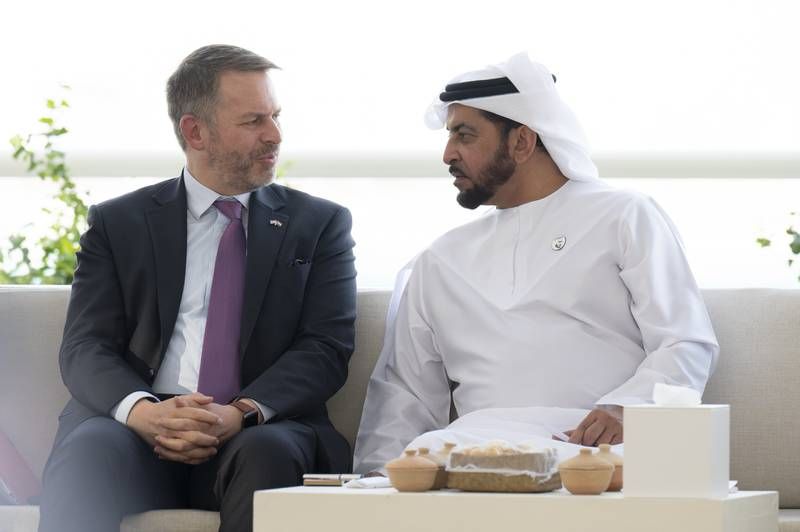 They discussed how to develop relations between the two countries at all levels, especially in investment and development.

The pair also reviewed a number of regional and international topics of common interest.

The meeting touched upon the UAE’s success in hosting Expo 2020 Dubai and Luxembourg’s participation, including its experiences and vision for the future, especially in sustainable development, nature and tourism domains.

The Luxembourg pavilion at Expo is designed to give visitors a sense of the valleys and gorges in the European country.

Separately, Sheikh Mohamed received a number of officials and commissioners-general of pavilions participating in Expo 2020 Dubai.

During the meeting at Qasr Al Bahr, Sheikh Mohamed and the guests exchanged views on the importance of their countries’ participation in the world’s fair.