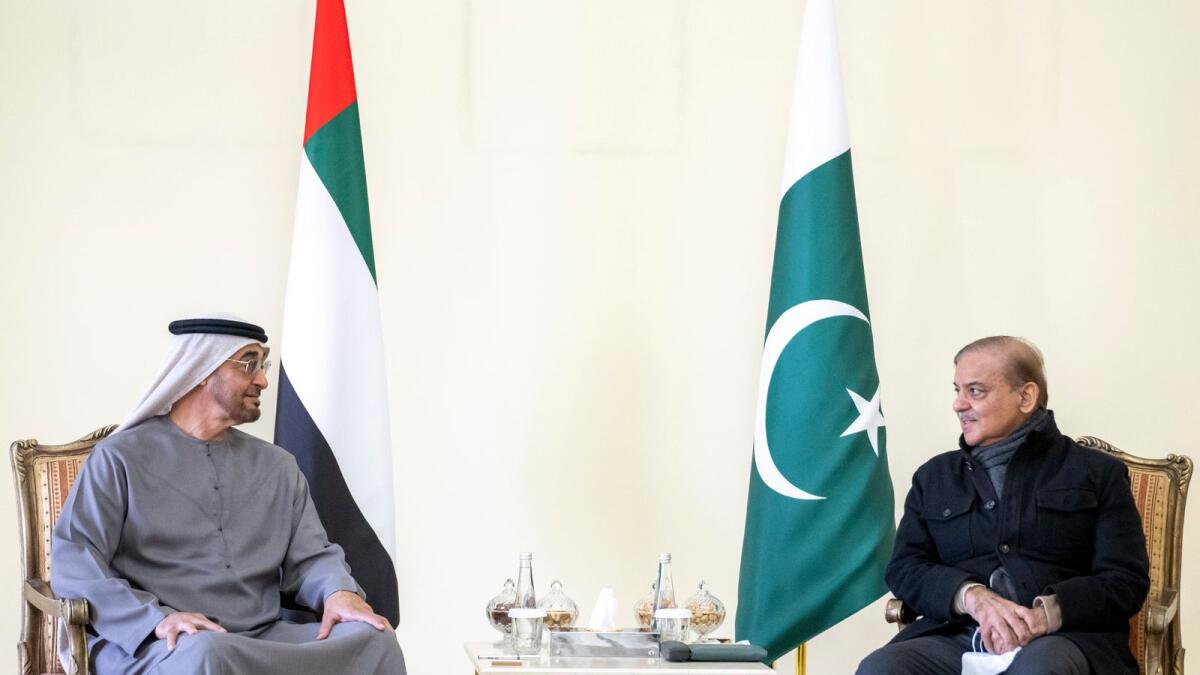 Economic, investment and trade development issues are at the top of the agenda between the UAE and Pakistan during the visit of the UAE President, His Highness Sheikh Mohamed bin Zayed Al Nahyan, officials said.

The UAE President arrived in the Pakistani city of Rahim Yar Khan on Wednesday where he was welcomed by Pakistani Prime Minister Shehbaz Sharif and senior government officials.

Faisal Niaz Tirmizi, Pakistan’s Ambassador to the UAE, said the UAE President’s visit is quite significant as it comes soon after the visit of Prime Minister Shehbaz Sharif earlier this month, signifying the brotherly relations that the two countries enjoy.

“The high-profile visit signifies the strong linkages between the two governments, Sheikh Mohamed.

He said the two countries’ leaderships will discuss important bilateral, regional and global issues as well.

During Sharif’s visit earlier this month, a number of investment opportunities were also discussed with Emirati businesses and chambers of commerce.

“We want to take this relationship forward and increase investments in both countries.”

Highlighting growing economic ties, Hassan Afzal Khan, Consul-General at the Pakistan Consulate, Dubai, said Pakistan-UAE trade stood at $9.5 billion during the 2021-22 fiscal year, out of which $8.1 billion were imports to Pakistan while exported goods worth $1.4 billion to Emirates. “Importantly, Pakistan’s exports to the UAE have gone up by around 22 per cent in 2022,” he said.

“Since UAE and Pakistan enjoy strong brotherly and strategic relations, therefore, all issues are discussed between the two countries’ leaders. Pakistan is an important ally of the UAE as there is a huge Pakistani diaspora living in the Emirates. The important issues of trade development and economy are top of the line between the two nations,” he added.

The UAE is currently home to around 1.7 million Pakistanis, becoming the second-largest community of expatriates in the Emirates.