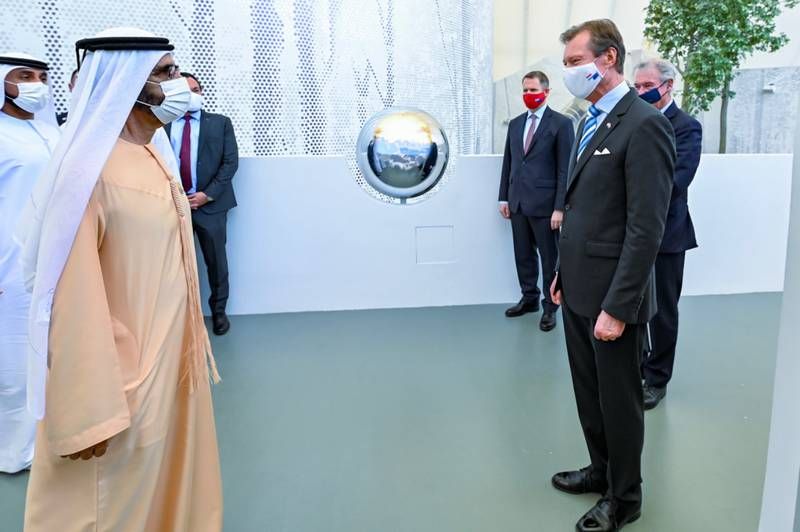 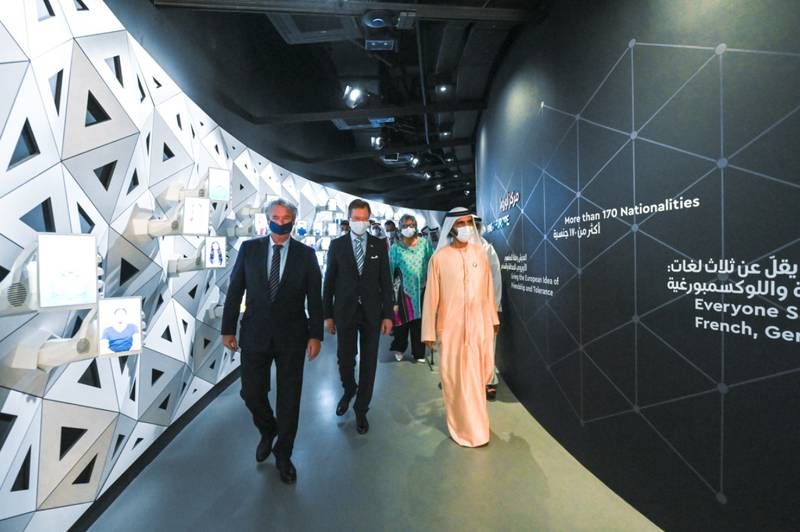 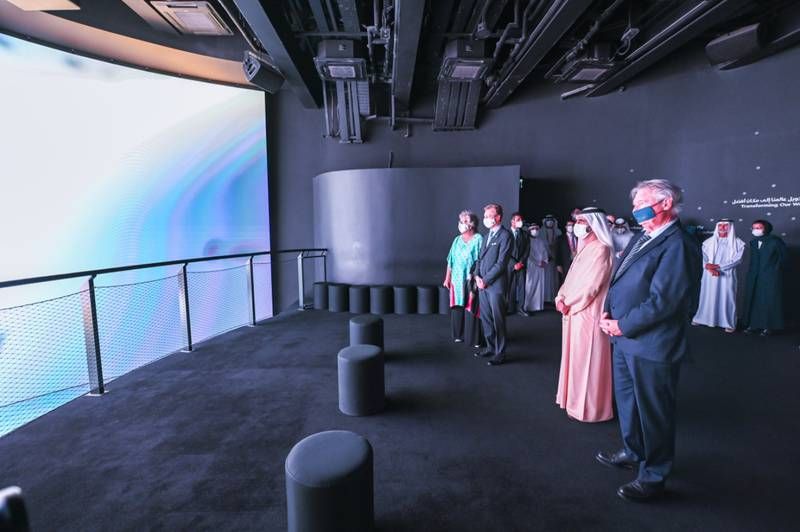 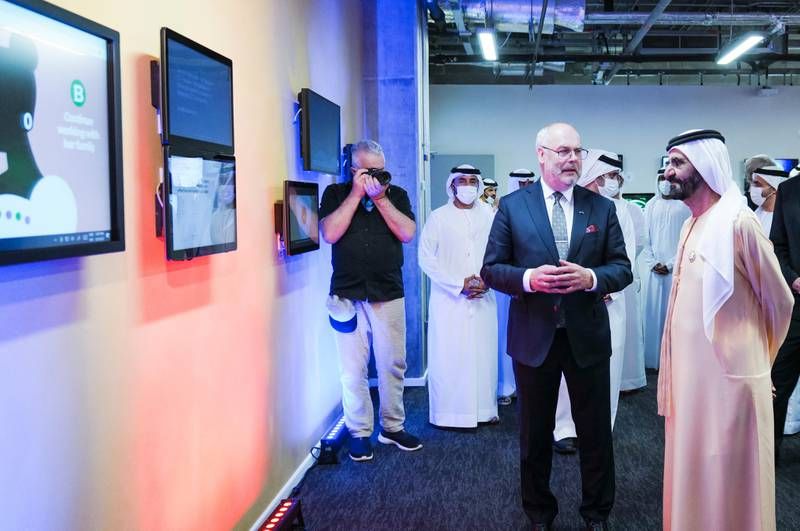 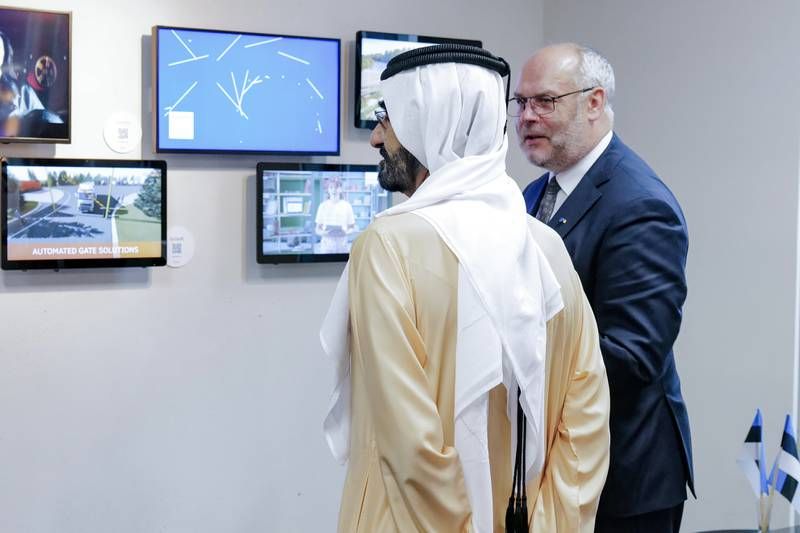 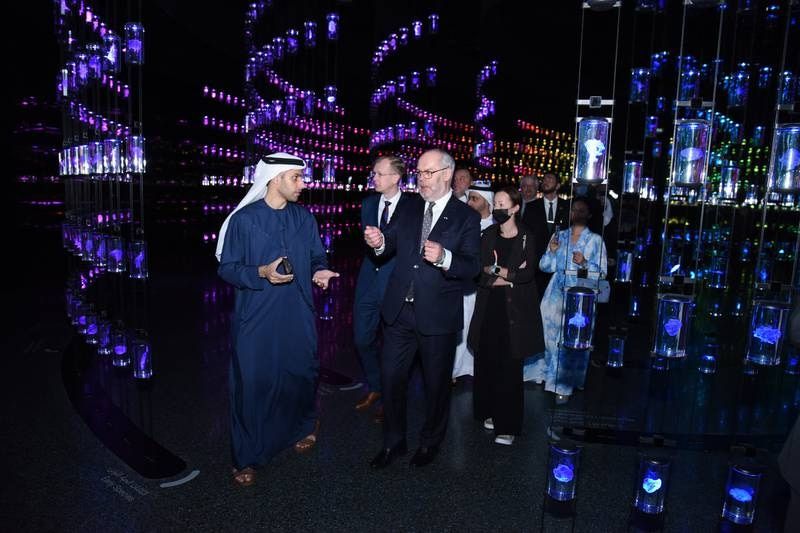 During the meeting at the Luxembourg pavilion, the pair discussed several issues of common concern.

The talks also touched on the importance of developing areas of co-operation, especially in sectors that support sustainable development and contribute to the progress and prosperity of the two countries.

The Luxembourg pavilion at Expo is designed to give visitors a sense of the valleys and gorges in the European country.

Its unusual architecture is intended to make visitors step back and consider the concept of an object with no boundaries.

The outer curved steel structure runs in a loop and resembles a broad ribbon with no end.

Organisers also aimed to make it fun, by including a slide.

Running from the top of the pavilion to the bottom, it is a nod to the Schueberfouer, the annual funfair in Luxembourg, which has more than 200 rides and attracts two million visitors each summer. 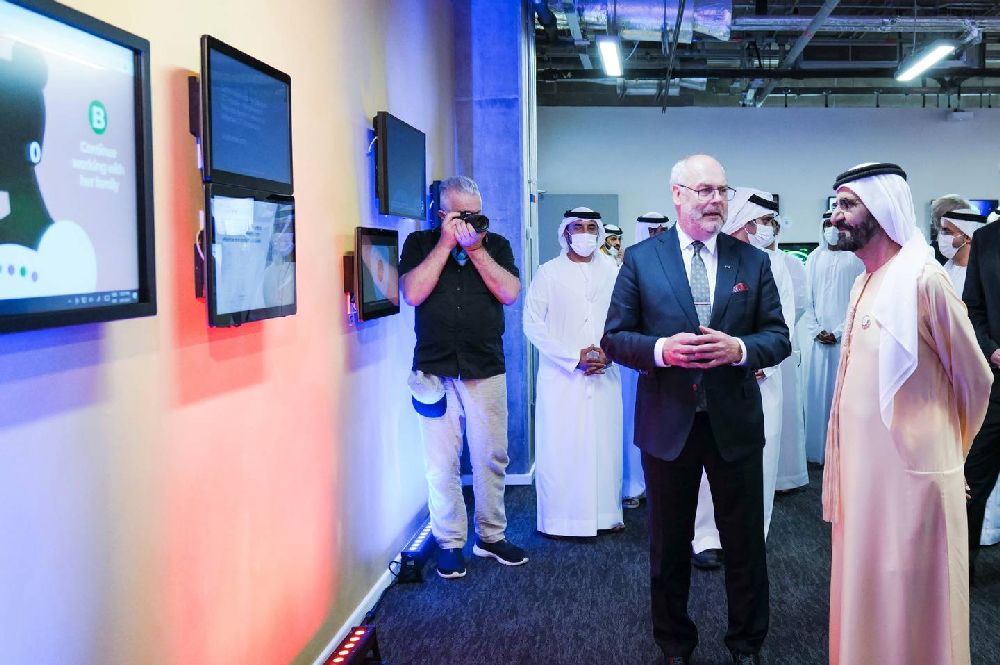 Sheikh Mohammed also met the President of Estonia, Alar Karis, at the Estonia pavilion at Expo 2020 in the Mobility District.

Sheikh Mohammed praised the relations between the UAE and Estonia and the co-operation between the countries in many fields, especially e-governance and the digital economy.

Estonia marked its country day on Sunday with its pop artist of the year, NOEP, and Estonian Voices, an award-winning vocal a cappella group that mixes jazz, classical and folk styles, playing at the world’s fair.

The Estonia pavilion focuses is on the progress the country has made in e-services and e-governance. The exhibits seek to showcase the country as a lab where new ideas can be tried and start-ups can be launched.

He was briefed on the museum’s role, which reflects the vision of Sheikh Mohammed, to create a platform for futurists and provide specialised labs for the fields of health, education, smart cities, energy, transportation and the future economy.