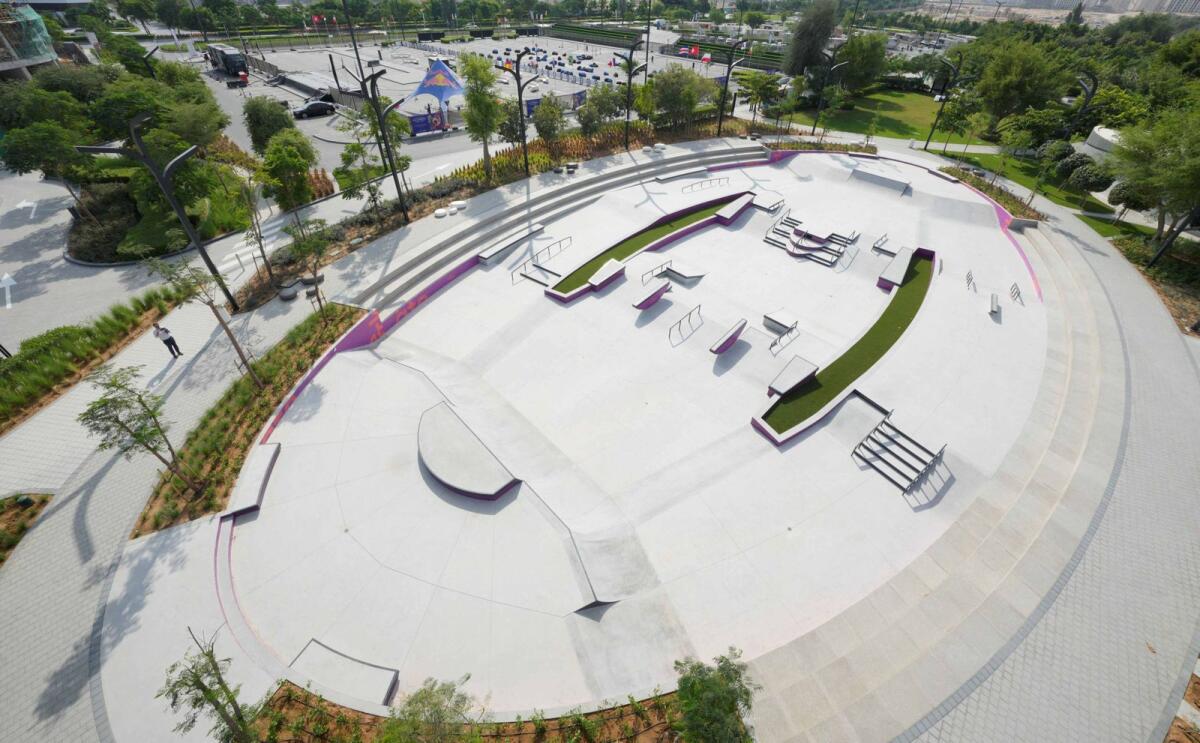 The biggest names in the world of skateboarding have declared themselves “stoked” with the world-class facilities at Aljada Skate Park in Sharjah as they prepare for the Street and Park 2022 World Championships, crucial qualifiers being held in the UAE for the 2024 Paris Olympic Games.

The Road to Paris events have attracted the most talented skaters in the world – all 12 medal winners from the 2020 Tokyo Games have been confirmed to compete in high-class fields of over 300 contestants for the Sharjah qualifiers.

Many of the top names have arrived in the UAE already to prepare for the crucial Olympic-qualifying events.

The consensus on the Aljada Skate Park has been overwhelmingly positive.

Spread over six separate parks, the 90,000 square foot complex includes Olympic-level street and park sections complete with two 3.3m deep ends and other features including quarterpipes, a selection of stair rails, ledges and vert extension which will give the skaters freedom to express themselves.

Design elements have been inspired by some of the most iconic skate parks around the world, including Ariake Urban Sports Park in Tokyo, Bondi Beach and Salt Lake City, while the facility also includes smaller bowls, snake runs and street sections as well as infrastructure perfect for beginners and intermediate-level skaters.

Keegan Palmer, the Australian gold medal winner for the park discipline in Tokyo, said: “Aljada is an amazing facility, the perfect location for an Olympic qualifier. I’m just stoked to be here at the most creative skate park in the region, it offers a wonderful challenge to the world’s best skaters.”

Around 300 skateboarders from all over the world will compete across both events, which are a first for the UAE and the wider Middle East. The Street and Park 2022 World Championships join a long list of top-class sporting tournaments and events that have come to the UAE in recent years.

Sky Brown, 14, the Olympic bronze medal winner in the female park event, said: “The skating here in Sharjah is awesome. To be able to practice and compete on such an amazing facility is incredible, it is up there with any of the skate parks I have competed on, anywhere in the world.

“There is also something for every level and it is great to see the efforts being made in the UAE to support skateboarding and also encourage participation among the wider general public.”