Snapped: Celebrities spotted in the UAE this week

Did you spot any?

The UAE is always frequented by celebrities, and this week we’ve spotted a huge tennis star, an American comedian and actor, a reality star and more.

Here are the celebrities in UAE we’ve spotted…

Swiss professional tennis player Roger Federer has been spotted dining at popular restaurants in Dubai over the past two weeks. On October 7, he visited 11 Woodfire, which was awarded a Michelin star in June 2022. The tennis star posed for a photo with the general manager who said ‘ it was honoured to host you last week, certainly you’re amazing and absolute a Legend’.

Federer also dined at the world-famous restaurant, Sushi Samba at Palm Tower on Palm Jumeirah. The celebrated restaurant was also graced by the appearance of…

American comedian and actor, Martin Lawrence was in the capital earlier this month to catch two preseason games at the NBA Abu Dhabi Games 2022. The games took place in the capital but Lawrence also visited the UAE’s hotspots for a spot of fun and sightseeing. He dined at Sushi Samba; visited At The Top, Burj Khalifa; Sheikh Zayed Grand Mosque and enjoyed a desert safari.

Lifestyle influencer, Natalya Wright has been in Dubai since she travelled here on September 26. Her Instagram photos show her living it up at Jumeirah Al Naseem; Drift Beach at One&Only Royal Mirage; dining at Twiggy by La Cantine; Mimi Kakushi, Scalini, Nammos at the Four Seasons Resort and many more popular restaurants. 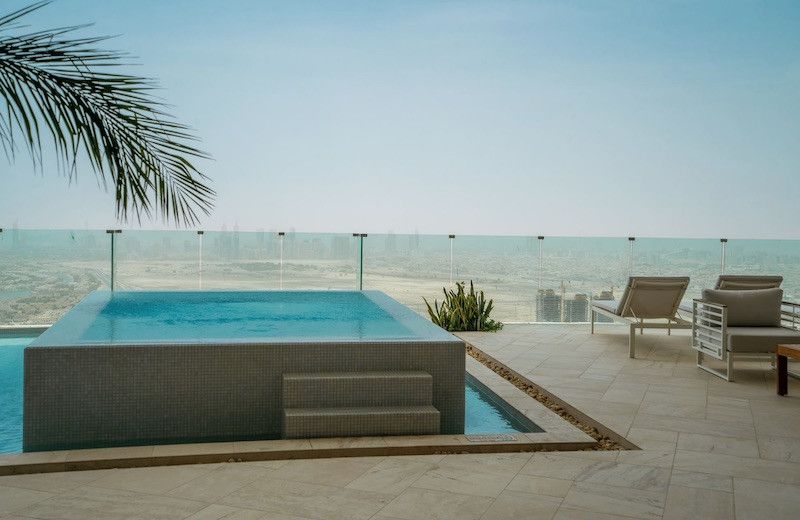 Brazilian professional mixed martial artist and Brazilian jiu-jitsu practitioner is in Abu Dhabi ahead of his UFC 280 title showdown with Islam Makhachev on October 22 at Etihad Arena. The Brazilian martial artist is doing the final preparations for his match and enjoying a bit of sightseeing during his breaks. The 33-year-old even celebrates his birthday in the capital today on October 17.

Sean Daniel O’Malley is also training in the capital gearing up for his match with Petr Yan on October 22. The athlete also shared stories with him posing with retired MMA fighter, Tim Welch. He also snapped up photos with…

American television host, producer, actor, and comedian, Steve Harvey frequently visits the UAE. This time he had courtside seats during NBA Abu Dhabi Games for the Hawks versus the Bucks games. A video of Steve meeting Greek professional basketball player, Thanasis Antetokounmpo was shared on the Milwaukee Bucks’ Twitter account.

Steve was also seen with other stars including former professional basketball player Chris Bosh, Charles Daniel Smith, Shaquille O’Neal – known commonly as Shaq, Bollywood star Ranveer Singh and other celebrities who descended to the capital of UAE for the match.