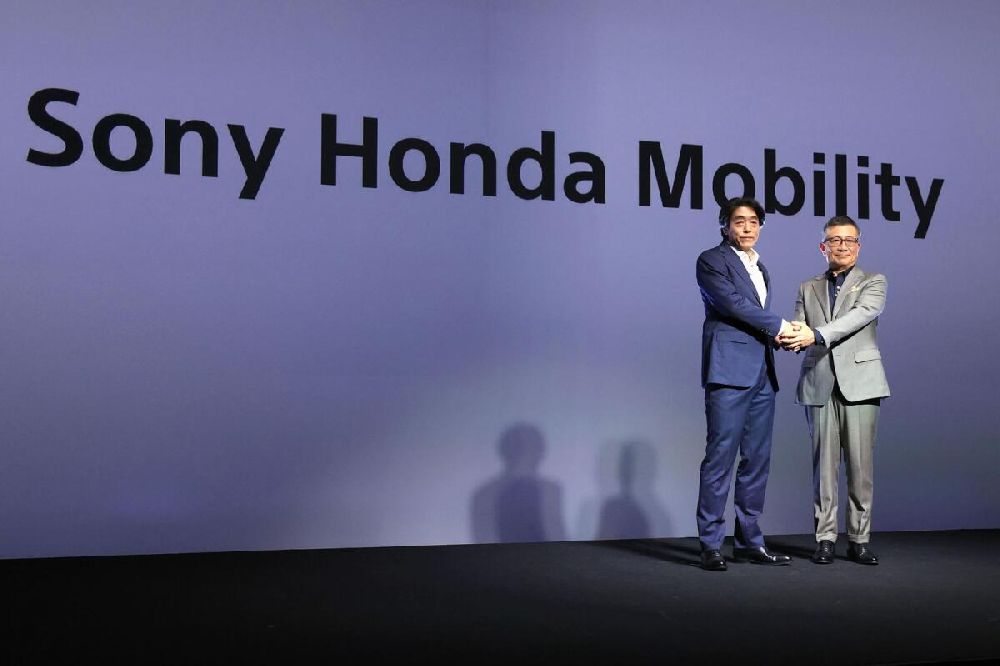 A new electric car company that brings together two big names in Japanese business, Honda and Sony, officially kicked off on Thursday, with both sides stressing their common values of taking up challenges and serving people’s needs.

The electric vehicle from Sony Honda Mobility Inc will go on sale in 2025, with deliveries coming first in the US in early 2026, and in Japan later that year, Chief Executive Yasuhide Mizuno told reporters. Pre-orders start in 2025.

In March, Sony Group Corp and Honda agreed to set up the 50-50 joint venture, with the idea of bringing together Honda’s expertise in automobiles, mobility technology and sale,s with Sony’s imaging, network, sensor and entertainment expertise.

Production will take place at a Honda plant in the US, but details such as pricing, platform and the kind of battery to be used were not disclosed. Production volume was also not given, but officials said this was a special model, and not intended for massive sales.

Mizuno, who is from Honda Motor Co, said the collaboration brings together hardware and software to deliver an emotionally-satisfying experience on the move.

“It was necessary to take a totally new approach,” Mizuno told reporters in Tokyo.

“We want to make this completely new.”

The US was chosen for the launch because electric vehicles were already popular there, Japan came second as Honda’s home market, after which other markets, including Europe, will follow, but no dates were set, he said.

Izumi Kawanishi, the Sony executive who became Chief Operating Officer at Sony Honda Mobility said that partners will be added to the project.

Demand for “zero-emission” vehicles is expected to grow worldwide, amid concerns about climate change and sustainability.

Sony, which makes PlayStation video-game consoles and has movie and music businesses, showed an electric car concept at the CES gadget show in Las Vegas two years ago, and has been eager to find an auto partner.

Honda has electric vehicles in its lineup, although not as plentiful as do some rivals, like Ford or Nissan. Tokyo-based Honda has teamed up with General Motors to share platforms for EVs in North America, but the products are not yet on sale.