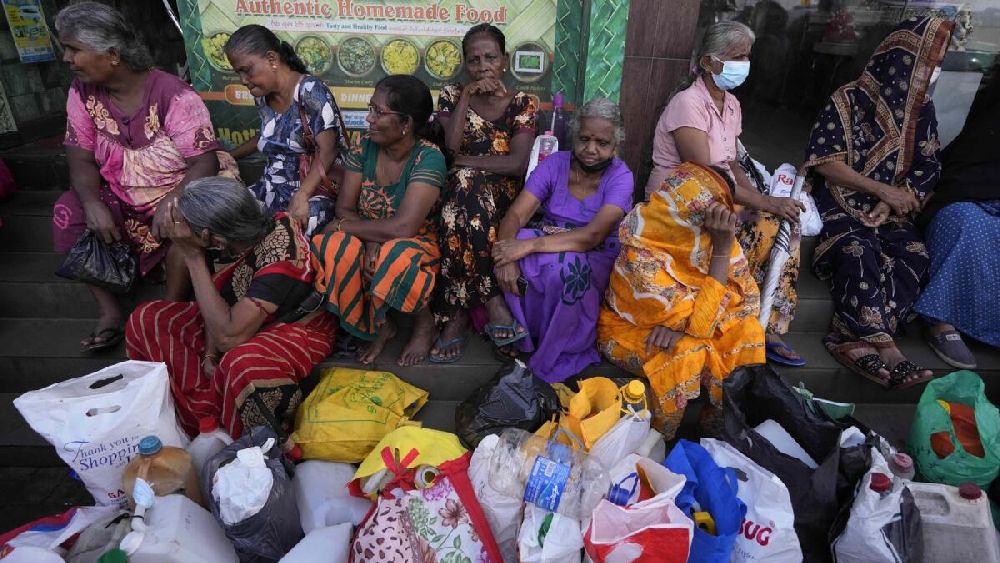 Sri Lanka’s president said Saturday that an agreement with the International Monetary Fund to help pull the bankrupt nation out of its economic crisis has been pushed back to September because of unrest over the past weeks.

President Ranil Wickremesinghe, in his first speech since he was elected by Parliament on July 20, said even though he as the prime minister had aimed to reach an agreement by early August, it has now been pushed back by a month.

Wickremesinghe was elected to complete the five-year term of his predecessor Gotabaya Rajapaksa, who fled to Singapore after protesters angry over economic hardships stormed his official residence and occupied several key government buildings.

Wickremesinghe said talked with the IMF on a rescue package had not moved since those incidents.

Sri Lanka announced in April that it is suspending repaying its foreign loans because of a serious shortage of foreign currency. The island nation owes $51 billion in foreign debt, of which $28 billion must be paid by 2027.

The currency crisis led to a shortage of many critical imported items like fuel, medicine and cooking gas.

Wickremesinghe on Friday wrote to 225 lawmakers in Parliament to join him in a multi-party government to face the crisis. He reiterated the call Saturday saying that blaming former leaders will not solve the problem but everyone should get together to stop the country from falling further.

Wickremesinghe, a six-time prime minister and veteran politician, is unpopular because he is supported by majority lawmakers who are backed by the powerful Rajapaksa family, which has ruled Sri Lanka for most of the past two decades. Many accuse Wickremesinghe of protecting the Rajapaksas, who are widely blamed for corruption and misrule that led to the crisis.

Wickremesinghe has empowered the military to dismantle protest camps that had been set up near the president’s office for more than 100 days. Several people including protest leaders have been arrested in the crackdown.