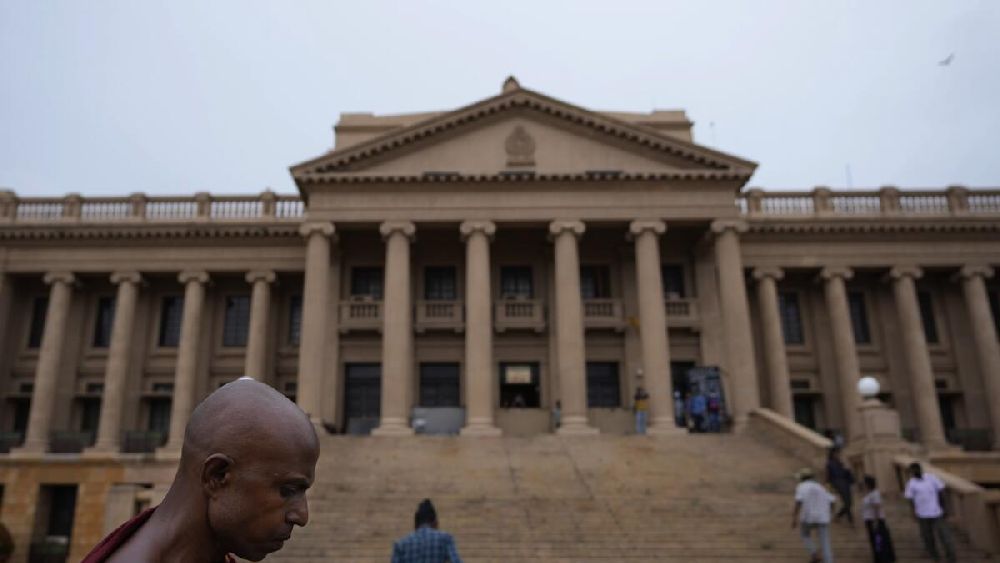 A Sri Lankan government minister on Wednesday submitted to Parliament a constitutional amendment bill that would clip the powers of the president, a key demand of protesters calling for political reforms and solutions to the country’s worst economic crisis.

Justice Minister Wijayadasa Rajapakshe presented the bill, which would transfer some presidential powers — including those to appoint independent election commission members, police and public service officials, and bribery and corruption investigators — into the hands of a constitutional council comprising lawmakers and respected non-political persons. The council would then recommend candidates for these appointments that the president could choose from.

Under the proposed amendments, the president also would only be able to appoint a chief justice, other senior judges, an attorney general and a central bank governor on the recommendation of the council. The prime minister would recommend appointments to the Cabinet and the president would not be allowed to hold any ministry positions except defence.

The bill, which will undergo debate, must be approved by two-thirds of Sri Lanka’s 225-member Parliament to become law.

If passed into law, the amendments would reinstate democratic reforms made in 2015. Gotabaya Rajapaksa, who was ousted as president by angry protests last month, reversed those reforms and concentrated power in himself after being elected to office in 2019.

President Ranil Wickremesinghe, who succeeded Rajapaksa, has promised to limit the powers of the presidency and strengthen Parliament in response to the protesters’ demands.

Sri Lankans have staged massive street protests for the past four months demanding democratic reforms and solutions to the country’s economic collapse.

Protesters blame the Rajapaksa family’s alleged mismanagement and corruption for the economic crisis that has led to serious shortages of essentials like medicines, food and fuel.

The island nation is negotiating with the International Monetary Fund for a bailout program.

The protests have largely dismantled the Rajapaksa political dynasty that ruled Sri Lanka for most of the past two decades.

Gotabaya Rajapaksa fled to Singapore last month after angry protesters stormed his official residence and occupied several key state buildings. His older brother Mahinda Rajapaksa resigned as prime minister in May and three other close family members resigned from their Cabinet positions before him.