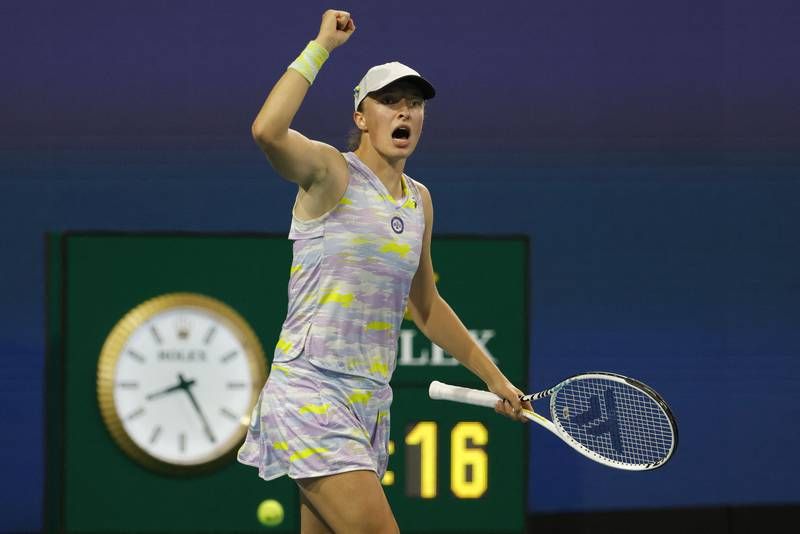 Iga Swiatek kept alive her bid for the ‘sunshine double’ after the new world No 1 cruised into the Miami Open semi-finals with a 6-3, 6-3 win over Petra Kvitova on Wednesday, while men’s second seed Alexander Zverev was defeated in the quarter-finals by Norway’s Casper Ruud.

Swiatek, who arrived in Miami after claiming back-to-back titles at Doha and Indian Wells, pressured two-time Wimbledon champion Kvitova’s serve throughout the 77-minute match and never faced a break point. The Polish second seed, who will take over the world No 1 ranking next week following the sudden retirement of Ashleigh Barty, has now won 15 consecutive matches dating back to Qatar and will next face 16th seed Jessica Pegula.

“I want to use the confidence that I built since the beginning of Doha,” said Swiatek. “I’m on a roll and I want to use that. Having that kind of streak got pretty tricky, but I’m pretty glad that I could play well, that I’m healthy, and that I can compete against players like Petra. She’s a legend.”

“Been struggling with illness since the last match the other day,” Badosa wrote on Twitter. “Tried everything to recover but wasn’t enough. I’ll take some days to recover well and prepare for clay court season.”

For Pegula, it marked the second consecutive abrupt ending to a match as unseeded Ukrainian Anhelina Kalinin retired while down 6-0 in their fourth-round clash.

Norwegian sixth seed Ruud secured the biggest win of his career with a 6-3, 1-6, 6-3 triumph over world No 4 Zverev. 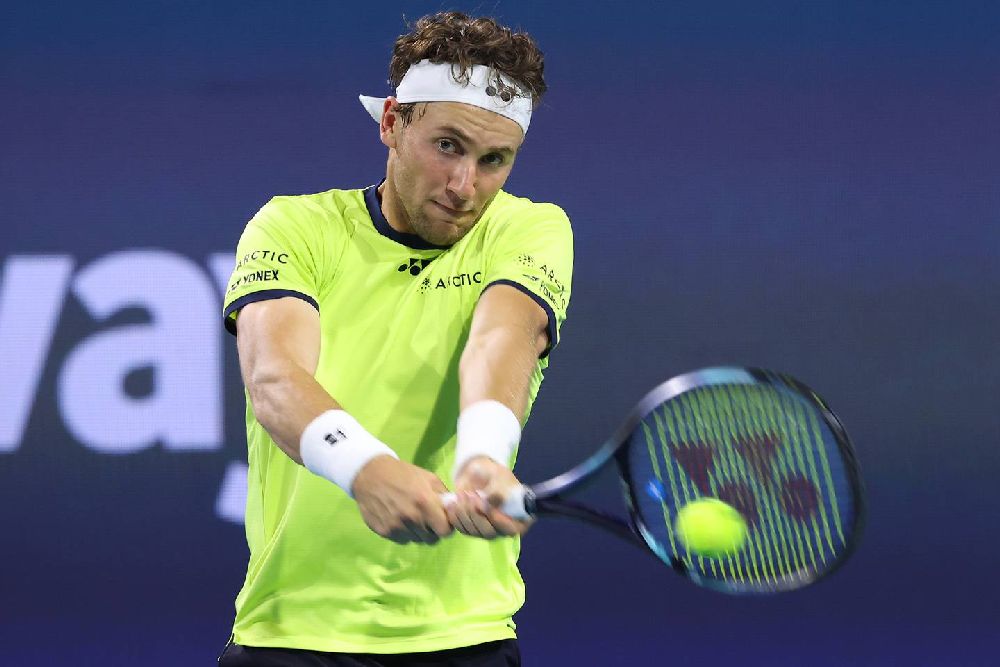 After Zverev levelled the match, it was Ruud who was the aggressor in the decider as he frequently approached the net with success and held tough during baseline rallies and limited his unforced errors.

“I didn’t hit any clean return winners but I was able to return a little bit deeper and make him play a little bit more from further behind in the court,” said Ruud, who had failed to win a set in two previous meetings against Zverev.

“A couple of breaks, a couple of points that can decide a match like this and today it went my way.”

Up next for Ruud will be Argentine Francisco Cerundolo, whose dream run in his Masters 1000 debut continued after Italian ninth seed Jannik Sinner was forced to retire from their match with foot blisters.

Cerundolo, who is ranked 103rd, was leading 4-1 when Sinner decided to call the match and becomes the lowest-ranked men’s singles semi-finalist in the tournament’s history.