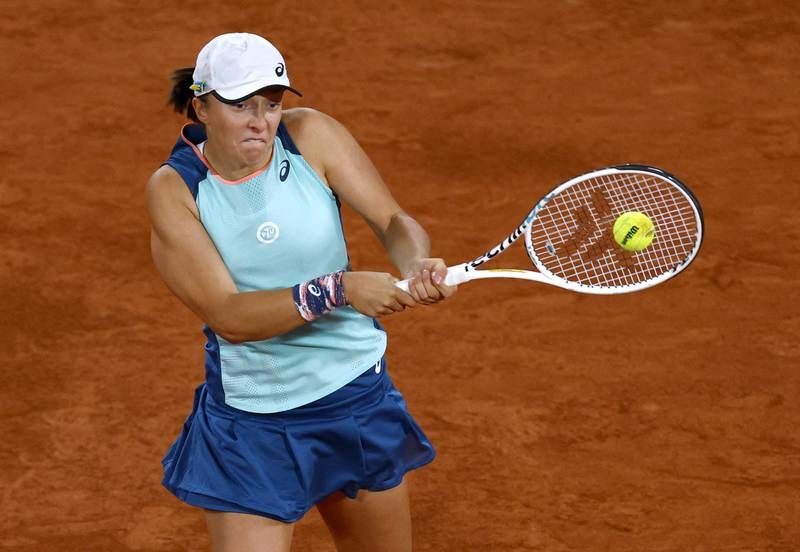 World No 1 Iga Swiatek extended her win-streak to 29 matches after thrashing Ukrainian qualifier Lesia Tsurenko 6-2, 6-0 at the French Open on Monday.

But second seed Barbora Krejcikova became only the third defending women’s champion to lose in the first round after being beaten by world No 97 Diane Parry 1-6, 6-2, 6-3. It was Krejcikova’s first match since February because of an injured right elbow. 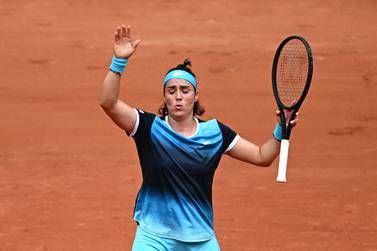 Swiatek, who won the 2020 French Open without dropping a set, arrived at Roland Garros having just demolished Ons Jabeur in the Italian Open final – making it her fifth consecutive tournament victory.

On a rainy morning Swiatek , who will turn 21 next week, opened play under the closed roof of Court Philippe Chatrier and got off to a blazing start in her first meeting against Tsurenko, who is ranked 119th in the world.

She was broken while serving for the opening set at 5-1 but Swiatek stepped up to break the 32-year-old Tsurenko to love in the next game to bag the set in 28 minutes.

Swiatek, who continued sporting a blue and yellow ribbon on her cap in support of Ukraine, did not lose another game in the match and wrapped up the contest in 54 minutes on her third match point with a forehand down the line winner – her 20th of the match.

In the zone 😎#RolandGarros | @iga_swiatek pic.twitter.com/fAPGP5QHcf

“I just want to keep going. I am aware that some day my streak may stop,” the Pole said. “Basically I am just working every day to be 100 per cent focused on my tennis, not on stats or not on some numbers.

“Just playing tennis and focusing on my game and being kind of in a bubble. That’s going to help me be consistent. That’s what I’ve been doing the past weeks and I’m going to continue doing that here.”

Krejcikova, playing her first match since Doha in February, had 45 unforced errors in her match against French teenager Parry, who was facing a top-10 opponent for the first time in her career.

🇫🇷 @dparry02 comes from a set down to stun defending champion Krejcikova 1-6, 6-2, 6-3 at #RolandGarros! pic.twitter.com/VF5gufXOIV

The 26-year-old Czech is the third top-10 seed to lose in the first two days of the tournament, following No 6 seed Ons Jabeur and No 10 seed Garbine Muguruza’s defeats on Sunday.

“It’s a dream for me. It was always a dream to play on this court with the French crowd to support me,” Parry, 19, said. “They clearly pushed me to victory today. I’m the happiest person right now.”

An error-plagued Osaka served up eight double faults and committed 29 unforced errors on her return to Roland Garros, after withdrawing in 2021 when she refused to honour mandatory media commitments before revealing she had been suffering from depression.

Britain’s Emma Raducanu defeated Czech qualifier Linda Noskova 6-7, 7-5, 6-1 to seal her spot in the next round.

🇺🇸 No.27 @AnisimovaAmanda is into the next round after beating Naomi Osaka 7-5, 6-4 🎥#RolandGarros pic.twitter.com/zdvPXaphcs