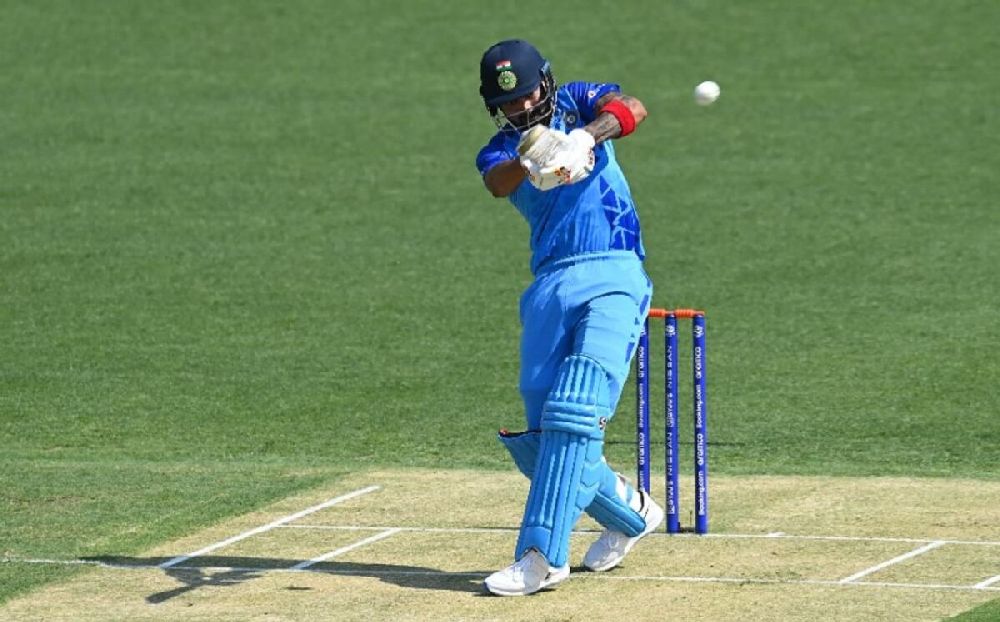 India came up with an impressive batting display to put up 186 for seven in the in ICC Men’s T20 World Cup warm-up match at the Gabba in Brisbane on Monday.

Skipper Rohit Sharma (15) and Virat Kohli (19) failed to convert their starts but Dinesh Karthick made a crucial 20 off 14 balls in the back end of the innings.

For Australia, Kane Richardson (4-0-30-4) was the most successful bowler.

India have already played two practice matches against Western Australia. While they won the first game, the second match ended in a defeat at the WACA in Perth.

On the other hand, hosts Australia played three-match T20I series against England in their dress rehearsal. England clinched the series 2-0 after the third and final match in Canberra was washed out due to rain.

India have named all fifteen players in the squad on the team sheet, so it’s likely everyone may get a chance.