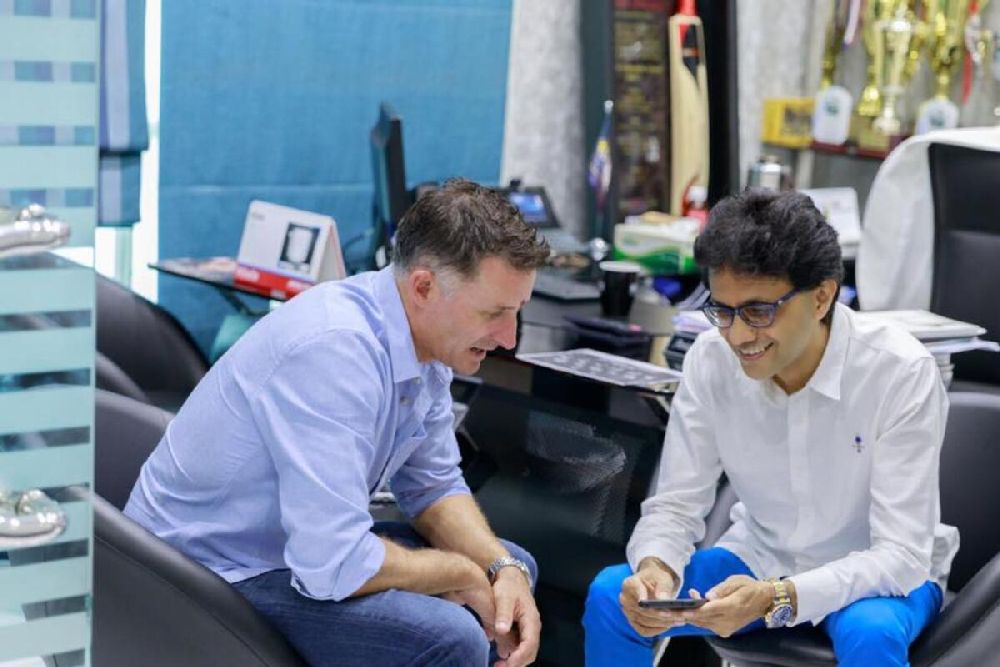 Michael Hussey picked England, Australia, India and Pakistan to make it to the last four of this exciting T20 World Cup Down Under.

In an exclusive interview, the England batting consultant first spoke about how unpredictable and unforgiving this format can be.

Little things like a dropped catch or a great fielding effort can take the game away from one team and build the momentum for the other.

I could not help but ask him about the challenge of coaching England who are Australia’s biggest rivals.

The great Australian batsman said it’s a professional sport and he is enjoying his role as a batting consultant with the England team and loved the attitude of all the players.

He said Jos Buttler is a very calm captain but very competitive and he is fresh after the injury break and looks in good knick.

When I asked him about bowlers running out batsmen for backing up before the release of the ball, he said he is not personally a big fan of it, but if it’s in the rules the batsman can’t take undue advantage of taking the start before the ball is bowled.

Hussey, who is popularly known as Mr Cricket, is also looking forward to the big clash between India and Pakistan at the Melbourne Cricket Ground on October 23.

He believes it will be a cracker of a game and the team which runs hard and does the basics right will win the game.

On Virat Kohli’s return to form, Hussey said he would be one player who will make a big impact in this tournament for Team India and backed the former India captain to be the leading run scorer in the tournament.

Hussey signed off by saying that the match-winning knock (60 not out off 24 balls) which he played against Pakistan in the 2010 T20 World Cup semifinal was something he is very proud of.

But he also mentioned that It was his day and such knocks don’t come off every time.