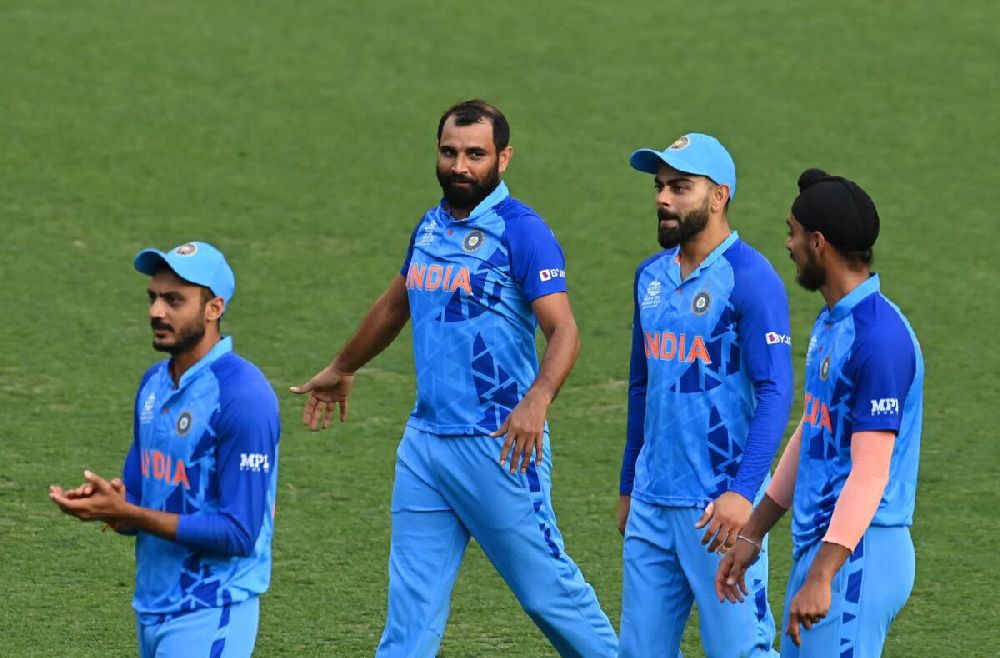 Mohammed Shami snared three wickets and had a hand in a run-out in a last-over cameo that helped India to six-run win over defending champion Australia in a practice match ahead of the Twenty20 World Cup on Monday.

It wasn’t an official game so the wickets won’t go on his career record, but Shami will get a confidence boost out of the effort in his first game back from injury.

Australia was on 171-4 and needed just 16 from the last 12 balls at the Gabba to win, but lost six wickets in the last two overs.

It started when top-scorer Aaron Finch was out for 76, deceived by a slower inswinger from Harshal Patel.

Tim David was run out on the next ball by a stunning piece of fielding by Virat Kohli, who picked up and threw down the stumps at the striker’s end in one motion.

Kohli also took a stunning outfield catch, right on the boundary rope, to complete the dismissal of Pat Cummins in the next over, one of three wickets for Shami, who returned 3-4 from his one over of involvement in the match.

In the end, Australia were bowled out on the last scheduled delivery for 180 in reply to India’s 186-7.

Earlier, India came up with an impressive batting display to put up 186 for seven.

Skipper Rohit Sharma (15) and Virat Kohli (19) failed to convert their starts but Dinesh Karthick made a crucial 20 off 14 balls in the back end of the innings.