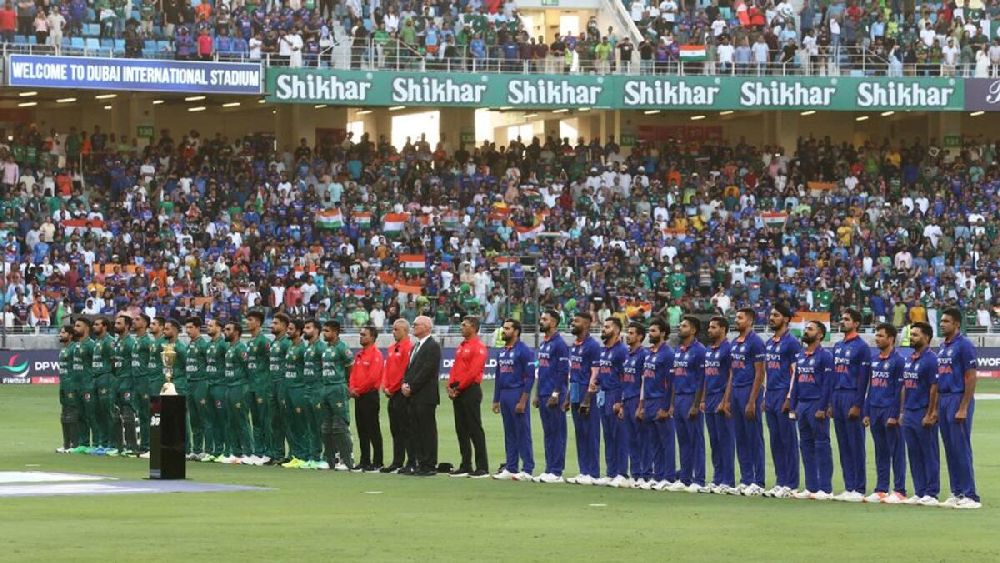 General conversations about families and cars are how players from India and Pakistan defuse the hype that surrounds a contest between the bitter neighbours, explained rival captains Rohit Sharma and Babar Azam, on Saturday.

Bilateral cricket between the arch-rivals remains suspended, owing to soured political relations, and emotions run high on both sides of the border whenever they clash in multi-team tournaments.

Excitement is already building for the October 23 blockbuster between the former champions in Melbourne, but Indian captain Sharma sought to downplay the hype around one of cricket’s greatest rivalries.

“We understand the importance of the game, but there’s no point talking about it every time and creating that pressure within yourself,” the batsman said at the pre-tournament captains’ interaction with the media.

While fans treat every India-Pakistan contest as a battle for one-upmanship, the camaraderie between the sides was evident at the recent Asia Cup in the United Arab Emirates.

Rohit and his team mates were seen wishing Shaheen Afridi a quick recovery from a knee injury, while the Pakistan speedster wished for Virat Kohli’s return to form.

“At the Asia Cup, and now here, whenever we meet, we talk about how things are back home, how the families are,” Rohit said.

“The previous generation of cricketers told us they too used to chat about these things — ‘how’s life? Which car are you buying, or planning to buy?'”.

Babar confirmed the bonhomie between the sides off the field, despite the fierce rivalry on it.

“We don’t even talk cricket when we meet,” the stylish opener said.

“He [Rohit] is senior to me. Whenever we come across, I try to tap into his experience, since he has served India for such a long time.

The feel-good mood notwithstanding, Babar was fully aware of the importance of the match.

“Any match against India is always a high-intensity contest,” said the 28-year-old.

“Fans also wait for them. On the field, we enjoy it a lot and give our 100 per cent,” he concluded.