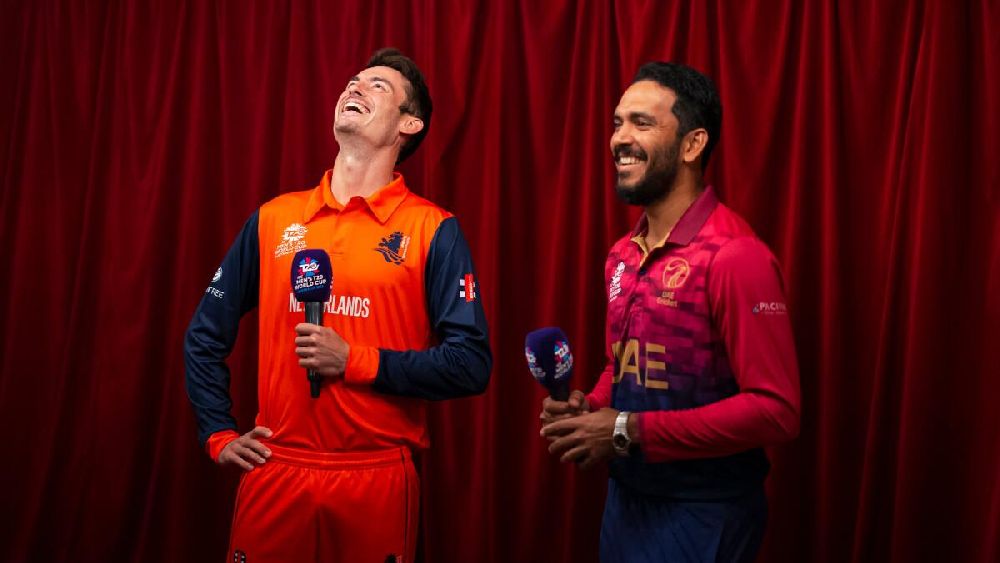 The UAE have qualified for the T20 World Cup for only a second time but the cricket minnows face a tough task to go any further in Australia.

They begin against the Netherlands on Sunday in Geelong and much will depend on their batting, led by opener Muhammad Waseem and captain Chundangapoyil Rizwan.

The UAE will also play recent Asia Cup champions Sri Lanka and Namibia in Group A. Only the top two reach the Super-12 stage, a feat they have never achieved before.

The 28-year-old Waseem smacked 58 against Singapore recently and averages more than 40 at T20 international level, with a top score of 112 against Ireland.

The UAE lost both matches but pushed Bangladesh all the way in the first, losing by seven runs.

“We can put up a great show out there,” Rizwan told Cricket.com.

“We are looking to make an impact, qualify for the next stage, express ourselves and execute our skills on a bigger stage.”

There were eyebrows raised when their 15-player squad was named, with the UAE’s most capped-player Rohan Mustafa missing.

The 33-year-old all-rounder was also left out for the Asia Cup qualifiers in Oman and failed to regain his spot.

The UAE have made the T20 World Cup only once, in 2014, when they were drawn in a group with the Netherlands, Zimbabwe and Ireland — and lost all three matches.

“Qualifying to play against top national teams of the world marks a milestone with UAE cricket’s growing strengths in the T20 format,” said UAE chairman of selectors Tayeb Kamali.

“We wish our team the very best as they continue to make their mark on international cricket.”

A mostly youthful bowling attack will be led by the experienced Junaid Siddique, a right-arm seamer who has taken 29 wickets in 25 T20 internationals.

Leg-spinner Karthik Meiyappan, who is 21, took four wickets on debut against Namibia, while left-arm spinner Aayan Khan is only 16 years old.

The teenager has showed plenty of promise, taking three Bangladesh wickets in his first two appearances for the UAE with a best of 2-33.