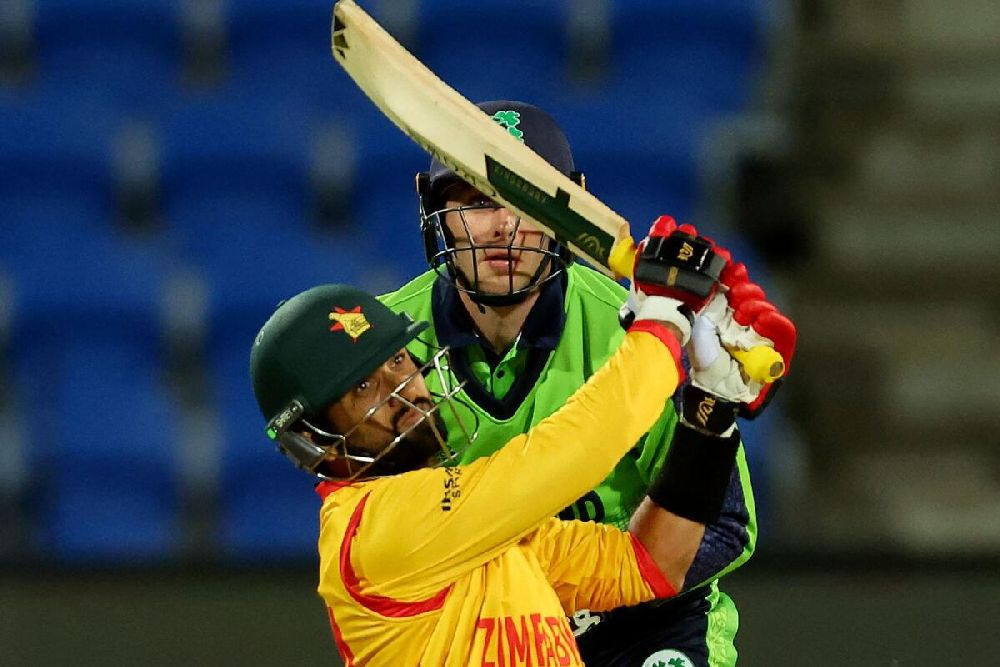 Sikandar Raza smashed 82 off 48 balls to set up a convincing 31-run victory for Zimbabwe in their opening match of the Twenty20 World Cup against Ireland on Monday.

Zimbabwe lost three early wickets after being invited to bat first in Hobart, but Raza put on key partnerships to guide the team to 174-7 in Hobart.

“We are ecstatic. To put up a performance like that first game, it shows that we do belong here,” said skipper Craig Ervine, whose side missed the last edition in the UAE.

“It’s a pity that it has been a long way since we have played a World Cup.”

Zimbabwe are on track to make the Super 12 after winning the first of their three matches in round one.

Raza set the tone for the team’s domination after he put on attacking stands with Sean Williams and then Milton Shumba.

Ireland pace spearhead Josh Little got Regis Chakabva for nought with the second ball of the match and then dismissed Wesley Madhevere for 22.

Raza took nine balls to get going as he smashed Curtis Campher for two sixes in the ninth over and kept up the attack despite losing partners along the way.

He fell on the last ball of the innings off Mark Adair after hitting five fours and five sixes.

Ireland were never in the chase after losing their top four for just 22 runs inside four overs with pace bowler Richard Ngarava and Muzarabani sharing the spoils.

Campher, who made 27, and George Dockrell attempted to revive the chase in their stand of 42.

But Raza broke through with his off spin, dismissing Dockrell for 24.

Campher departed soon after and the Irish batting fizzled, despite cameos by Gareth Delany (24) and Barry McCarthy (22 not out).

Tendai Chatara finished with two wickets, missing out on a hat trick.