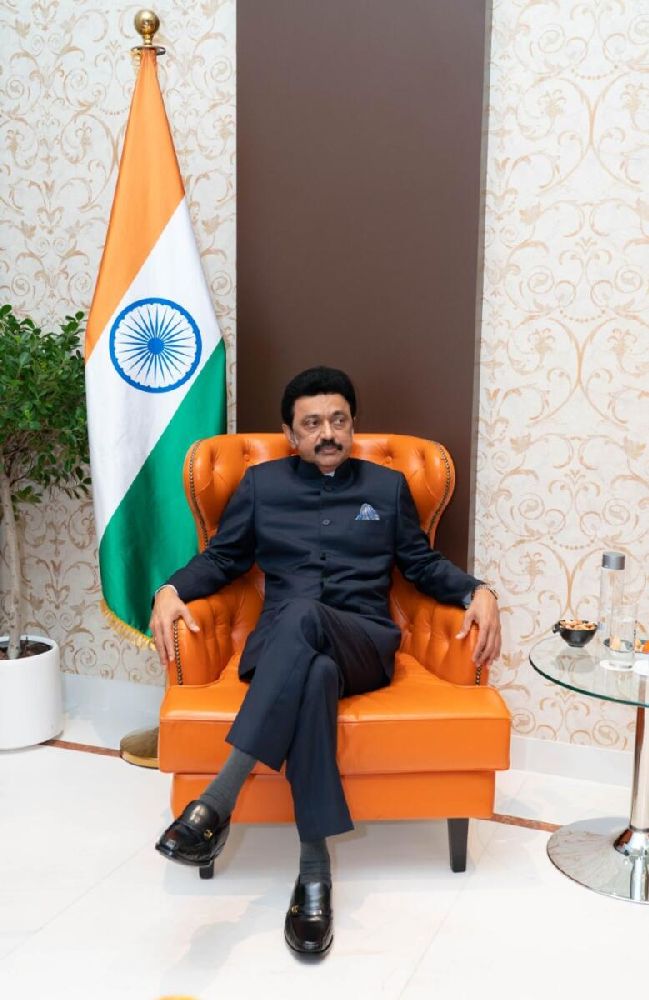 The South Indian state of Tamil Nadu expects to clinch an investment commitment of over $1 billion from the UAE, says Chief Minister, M K Stalin, who is currently visiting the country.

Talking to Khaleej Times, the Chief Minister said, “We have come to the UAE to meet potential investors and showcase to them the strengths of my state. We have seen a very positive from investors in the UAE,” said the minister.

“In the last eight months, 124 companies have committed to invest USD 9 billion providing employment for over 1.9 lakh persons,” he added.

During his visit, Stalin met with several UAE ministers, including the UAE minister of economy, Abdulla Bin Touq AL Marri and UAE minister of state for foreign trade, Thani Bin Ahmed AL Zeyoudi, in Dubai, to highlight the investor-friendly climate of Tamil Nadu. He also invited the ministers to visit his state. He said he is “leading from the front” to promote the brand Tamil Nadu globally.

The Chief Minister said Tamil Nadu is the “most Industrialized state” in India, with over 38,000 factories.

“This provides a strong ecosystem for most industries to set up their operations in the state.”

“Connectivity of the state to global supply chains and markets is a key factor why investors choose Tamil Nadu. Our state has four international airports 2 domestic airports for global and domestic air connectivity. Similarly, the state has four major and 19 minor ports to facilitate movement of cargo across major shipping routes,” said Stalin.

“Our state is a power surplus state with over 32 GW installed capacity, which is a major requirement for smooth industrial operations. Furthermore, 16 GM of the installed capacity is through renewable and sustainable sources,” he added. A proactive and industry-friendly government and an abundant and skilled workforce are other USPs of the state that the chief minister highlighted.

The economy of Tamil Nadu is around $265 billion for the year 2019-20. To achieve the $1 trillion economy target, Stalin said the state needed to “clock a double-digit growth every year for the next 10 years.

“This is no ordinary task. However, we are confident that we will achieve this.”

Elaborating on the raft of reforms the state has adopted, the Chief Minister said the state is upgrading from the traditional industrial parks to sector-specific customized parks with industrial housing where investors can set up their operations.

“Tamil Nadu is strong in sectors such as Automobiles, electronics, textiles, IT&ITeS. We are improving ease of doing business for these industries. In addition, we have also identified 11 sunrise sectors that we believe will be the sectors of the future. Some of these include renewable component manufacturing, electric vehicles and advanced chemistry cells, semiconductor FAB, technical textiles, speciality chemical,” said the CM.

Tamil Diaspora can play a huge role in promoting Tamil Nadu globally as an investment destination and the government is working closely with the NRIs to mobilize their strength,” Chief Minister of the state, M.K. Stalin has said. “NRIs are the bridge between Tamil Nadu and the various countries they reside in. We have identified key regions across the world where we continue to mobilize our Tamil diaspora to come invest, provide technical knowhow, and promote the state globally as an investment destination,” Stalin who is on his first overseas visit after assuming office as CM told Khaleej Times in written interview. He said a dedicated team has been set up to continuously engage with the diaspora regularly.