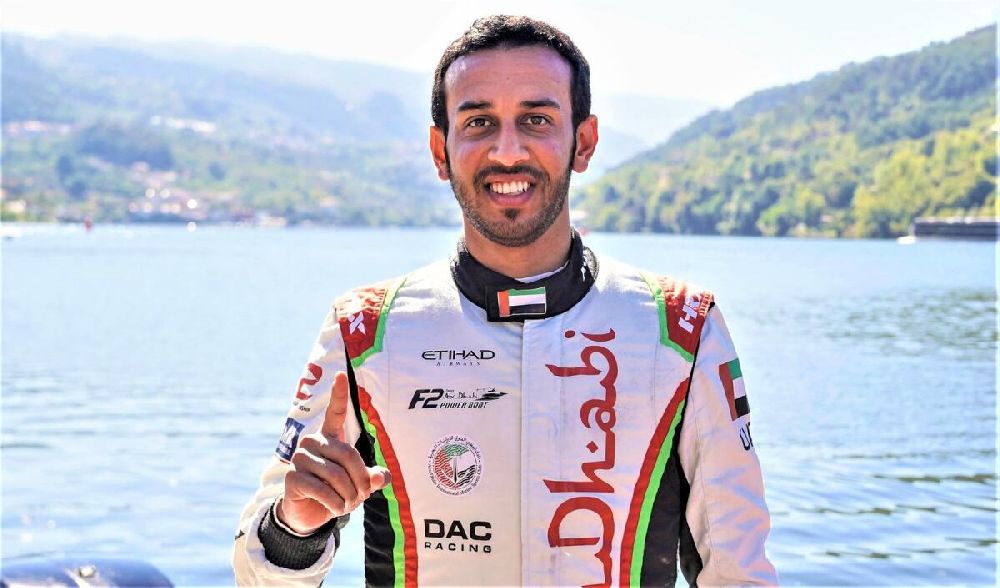 Team Abu Dhabi’s Mansoor Al Mansoori is ready for the biggest challenge of his powerboat racing career as he bids to clinch the 2022 UIM F2 World Championship in Portugal at the weekend.

The Emirati driver heads into the final round of the season in Vila Velha de Ródão on Sunday holding a slender three-point championship lead over Sharjah Team’s Sami Selio, with Germany’s Stefan Hagin just one more point away in third place.

It all adds up to a thrilling climax to the title race, and a big test of nerve and skill for the top three as they battle it out on the Tagus river circuit.

“This is why we race, for the chance to take the title in the final event of the season, with only a few points between us,” said Al Mansoori.

“It couldn’t be much closer, or more exciting, and I’m looking forward to it because I have a great team behind me, and we’re ready for everything on the day.”

Engine problems in Ribadouro last Sunday ended the three-time F2 world champion’s bid for a podium finish this season, but Al Qemzi is still relishing the chance to repeat his win in Vila Velha de Ródão 12 months ago.

While Al Mansoori, Selio, and Hagin battle it out for the title, they will also have to contend with the growing threat from Monaco’s Giacomo Sacchi, who took pole position followed by an impressive Grand Prix victory last weekend to move to fourth place in the standings.

If Al Mansoori comes through the test to secure the F2 crown, it will be the 15th world title delivered by Guido Cappellini since taking charge as Team Abu Dhabi manager in February 2015.

The boats take to the water for free practice at 11.15am local time on Saturday, with the three-stage qualifying session getting under way at 3pm. The Grand Prix of Vila Velha de Ródão starts at 3.45pm on Sunday.