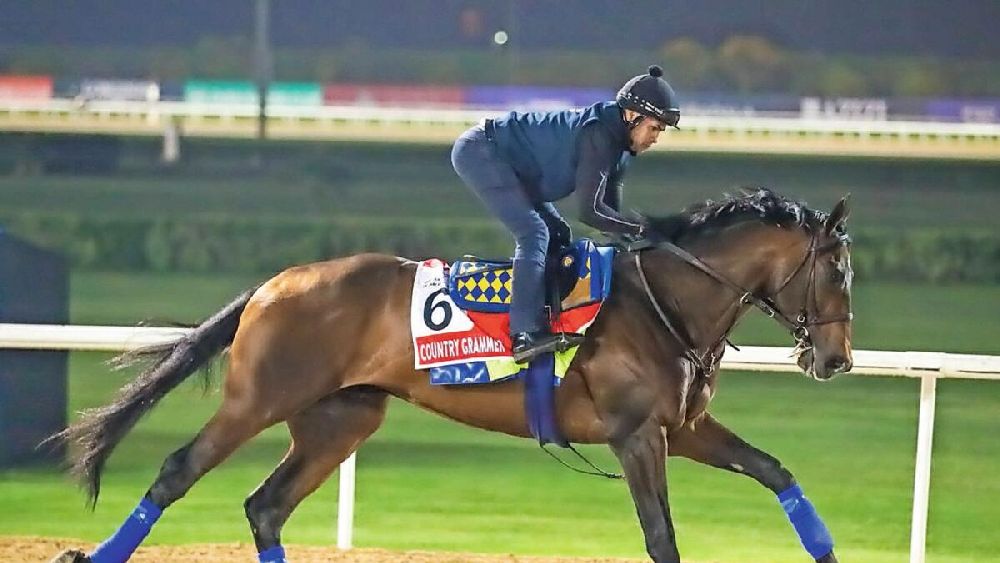 Tuesday morning was a full morning on track for myself after being invited to be a guest on Monday with Laura King on her morning show with Dubai Racing Channel TV.

Much as I enjoy those times, I do love just watching the horses and their connections, studying the differences in attitude, demeanour and performance, because so much can change from day to day, particularly as we draw closer to the race.

During these final few mornings the tension rises a little among the trainers, assistants, riders and grooms. The Dubai World Cup Day is too near at this stage to overcome any sort of problem should one occur, so everyone is just a little extra cautious and paying even more attention to detail.

Some of the horses are beginning to get a little above themselves as they simmer and bubble their way to ultimate condition and fitness, ready to gallop their hearts out on Saturday evening.

For a change the 5 am set on the main track were slightly quieter than it can be, a relief to the cluster of international journalists and photographers who had landed in Dubai not many hours before.

In fact, the abandoned suitcases were evidence that several had come straight from the airport.

The Dubai World Cup hopeful and Saudi Cup third, Midnight Bourbon, put in an early appearance and showed his professionalism as he strolled amiably around the track.

The Bob Baffert-trained Country Grammer (in picture) was out under the floodlights and big things are expected from the horse who ran an absolute stormer in the Saudi Cup in February after a nine month break from the race track. South America’s UAE Derby (G2) contender Irwin, who is prepared by Antonio Cintra, was not dissimilar in his bearing.

Combustion, who also lines up in the Derby, looked very dapper wearing a lightweight paddock sheet to prevent any damp air from chilling him. The Godolphin-owned, Japan-trained competitor works confidently each morning and Tuesday was no different as he behaved impeccably. He then joined a group of other Japanese trainees in a paddock school and a stroll through the darkened tunnels of Meydan.

Japan’s Glory Vase, who runs in the Dubai Sheema Classic (1), looks every inch the classy athlete that he is, calm and relaxed as he galloped and then paddock schooled.

The author is a former Derby-winning trainer and the mother of world renowned jockeys, James and Sophie Doyle