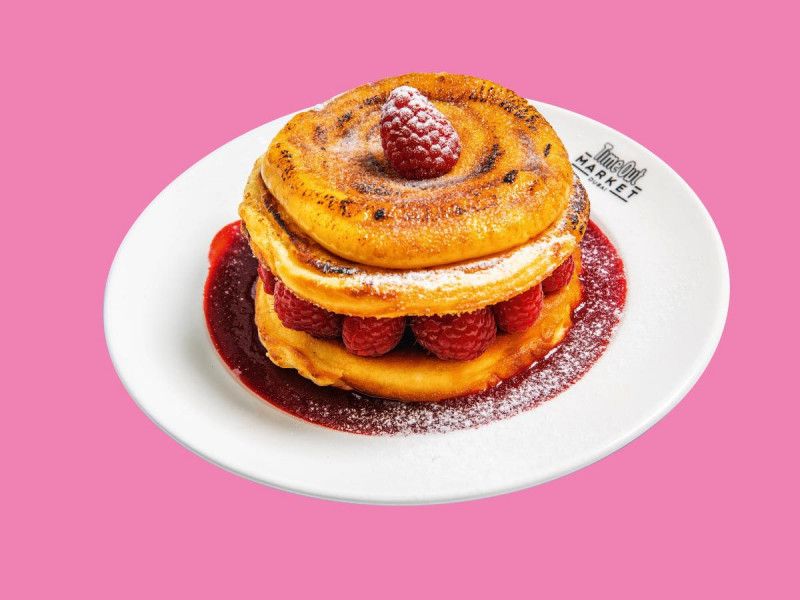 What goes into the Dubai plates that everyone bangs on about

They say old is gold. And if that old adage rings true, then this stupendous creation from our pals at Nightjar can only be described as modern platinum.

Fluffier than the most flamboyant of Care Bears, this fat stack has Hall of Fame credentials, and having sampled it ourselves, we can say with authority that soggy cereals will now hit very differently on tough mornings.

It all came about via Nightjar boss Leon Surynt’s obsession with the idea of a crème brûlée and pancake ‘mash up’.

Leon said: “No one believed it could work and all the chefs laughed. In early 2021, an old mate and chef visiting from Spain came over for a few weeks to escape lockdown and support the opening of Time Out Market Dubai. The idea was finally brought to life, and it’s now one of our top sellers.”

Talk about an “I told you so” moment.

Given all sorts of fluffiness by a home-made ricotta pancake mix. “It is ladled by hand into small copper pans to rise thick and spongy.” Try not to drool…

Sneaking under the radar but well worth digging through the stack for, the raspberry coulis at the base of the tasty creation is home-made and packed full of flavour. It’s sharp without being overbearing, and you’ll be wishing for a glass of the stuff to see off once the plate is polished.

Smooth custard is piped into the centre of a ring of raspberries. It’s then torched with Demerara sugar to give it that subtle crisp exterior and its unbelievable taste.

Why is it so popular

“Everyone loves crème brûlée and everyone loves pancakes… matched with Nightjar coffee, how could it not work?”