The Open: Limping Tiger slumps to six-over on return 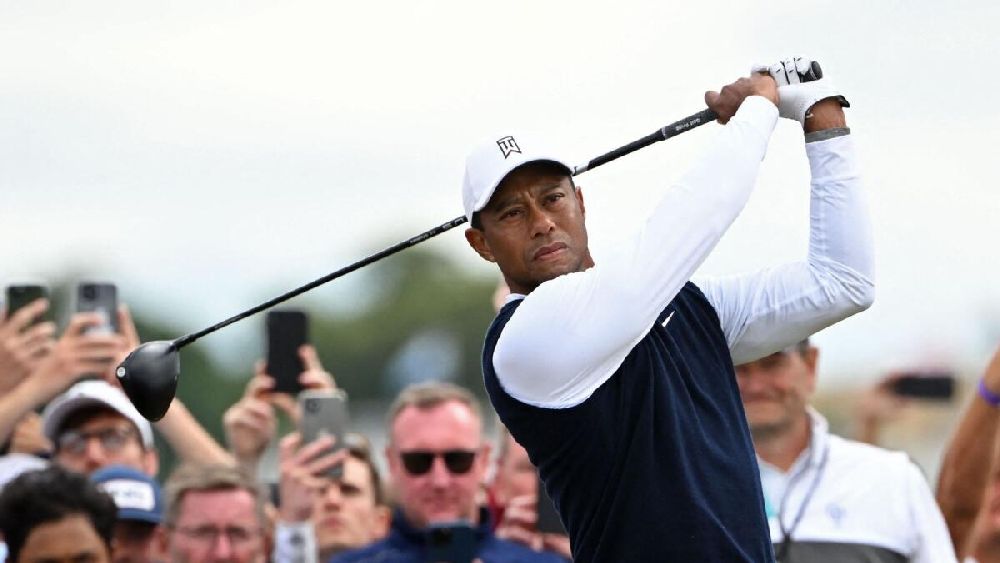 Tiger Woods endured a miserable return to the British Open as he laboured to a six-over-par 78 at St Andrews on Thursday to leave his chances of making the cut looking slim.

On a course where he has lifted the Claret Jug twice before, Woods’ first appearance at a British Open since 2019 had been highly anticipated.

But the 15-time major winner’s round never recovered from a double-bogey at the first after a poor approach shot found the water.

Woods missed the Open last year due to a car crash in February 2021 that left him requiring major surgery to his right leg.

The physical effects of that accident were evident as he hobbled around the course in a round lasting over six hours on a day marred by slow play.

Another double-bogey plus dropped shots at the third and fourth left the 46-year-old six-over through seven holes.

There were sparks of the old Woods in back-to-back birdies on the ninth and 10th to the delight of huge galleries following the American’s every shot.

However, bogeys at 11, 13 and 16 on the back nine left him 14 shots behind leader Cameron Young after day one.

The top 70 players and ties make the cut after two rounds.

Only seven in the field shot a worse score than Woods in the first round, leaving one of the game’s all-time greats down in 146th and needing a drastic turnaround on Friday to extend his tournament into the weekend.