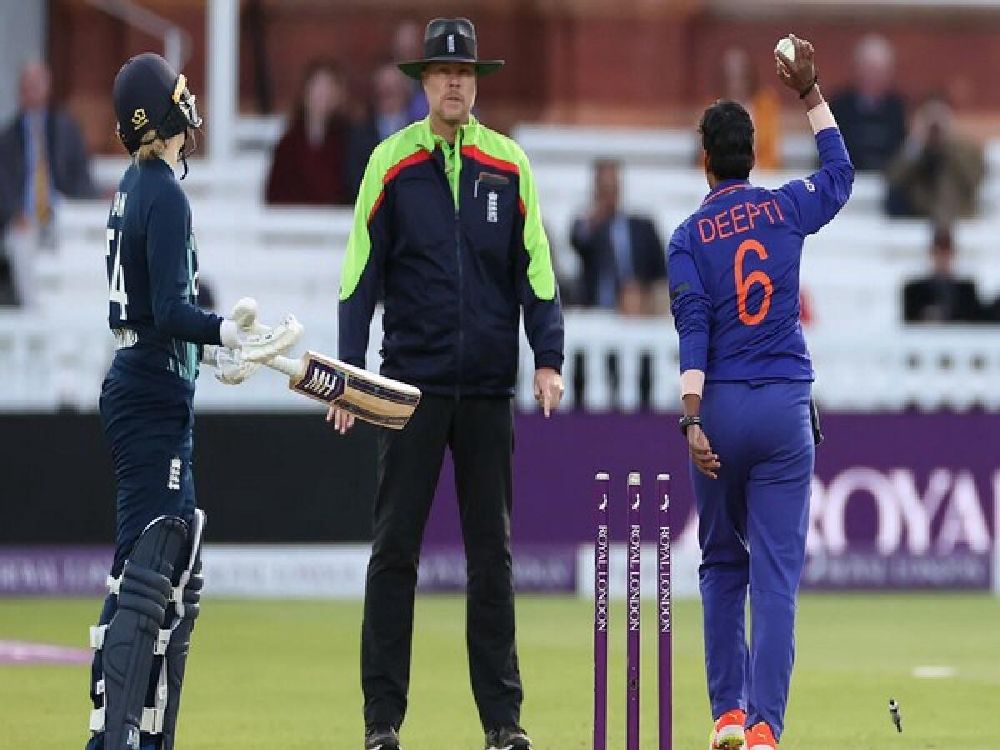 Injured England skipper Heather Knight hit back at India all-rounder Deepti Sharma and accused her of lying and said that there were no warnings given to Charlotte Dean.

Sharma had earlier revealed that she had warned Dean several times during Saturday’s match before deciding to run her out at the non-striker’s end in the 44th over to earn India 3-0 clean sweep against England at Lord’s.

The controversial dismissal divided the cricket world with many former England cricketers launching a scathing attack on the Indian women’s team for breaking the ‘spirit’ of the game.

There is an unspoken rule that the bowler should warn a batter first before making the run out attempt if the batter is backing up even before the delivery. Failing to do so is considered a violation of the game’s spirit.

But others feel bowlers have no obligation to warn the batter since the batter gets an unfair advantage by leaving her crease even before the bowler releases the ball.

Sharma revealed Dean had been warned several times during Saturday’s match before she decided to run her out in the 44th over.

“It was a plan because we had warned her [for leaving the crease early] multiple times. We did things as per the rules and guidelines. We told the umpires as well, but she was there [outside the crease]. We couldn’t do much,” ESPNcricinfo quoted Deepti as saying.

“The game is over, Charlie was dismissed legitimately. India were deserved winners of the match and the series. But no warnings were given. They don’t need to be given, so it hasn’t made the dismissal any less legitimate,” Knight tweeted.

“But if they’re comfortable with the decision to affect the runout, India shouldn’t feel the need to justify it by lying about warnings.”