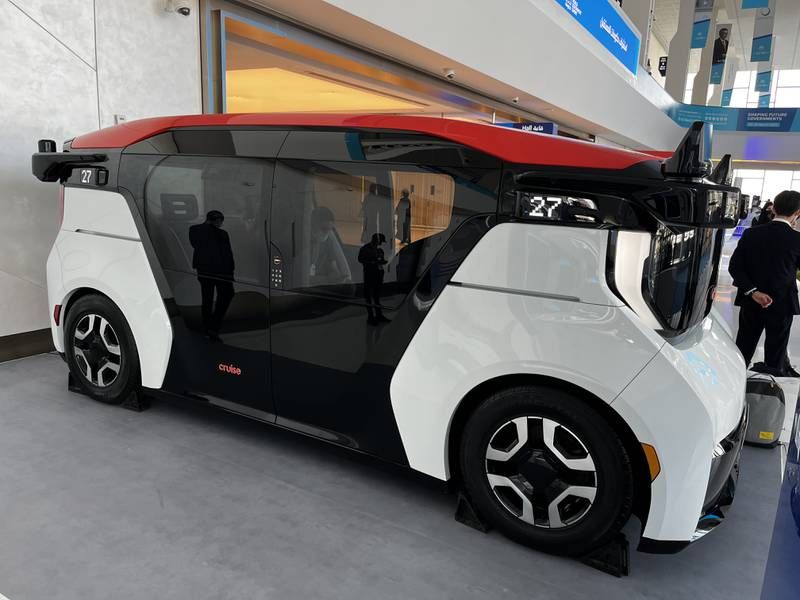 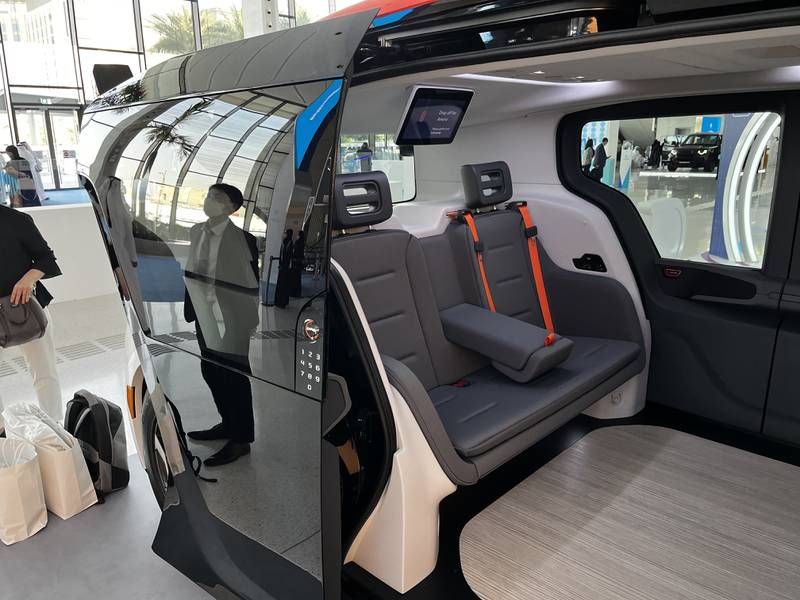 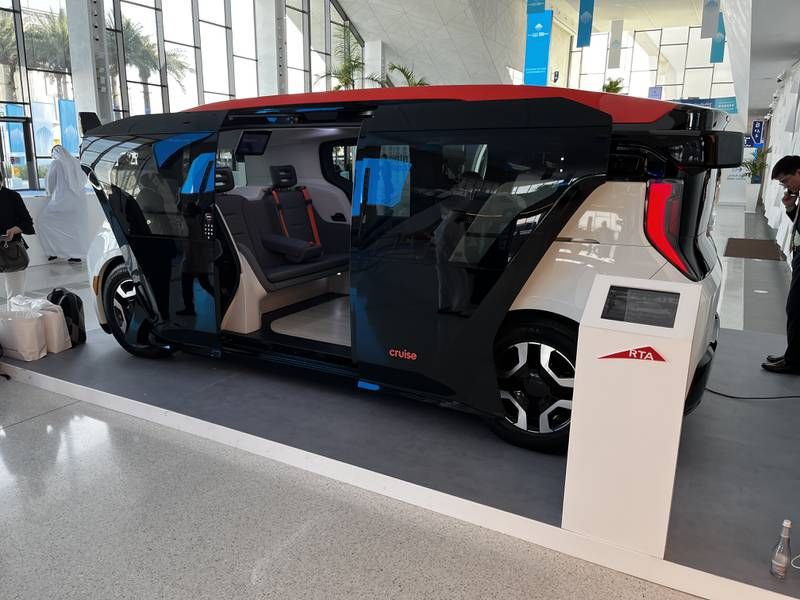 Testing of driverless taxis will begin on Dubai’s roads later this year. All photos: Nick Webster / The National

Testing of driverless taxis will begin on Dubai roads later this year to prepare the autonomous vehicles for the unique driving style of the city, officials said.

The 10 automated taxis supplied by US firm Cruise will begin to carry passengers in late 2023.

The Dubai Roads and Transport Authority will complete rigorous testing before that launch to ensure the taxis are prepared for the hectic driving styles of some motorists in the UAE.

“As we get closer to launch we will do publicity so people recognise these cars,” said Ahmed Bahrozyan, chief executive of the Public Transport Agency at the RTA.

QuoteAutomated taxis will not require other drivers to change their habits at all, or for us to invest in any new infrastructureAhmed Bahrozyan of Dubai Roads and Transport Authority

“They will not require other drivers to change their habits at all, or for us to invest in any new infrastructure.

“A lot of testing will be done and a testing programme on the roads will begin with Cruise later this year.

“The technology must match the unique driving style of each city.”

Fitted with laser detection and ranging systems to detect distance from objects and with 100 sensors integrated into each vehicle, the taxis will be able to respond safely to other drivers.

Inside, seats face each other and taxis can seat up to six people, with ample room for luggage.

It is hoped wider adoption of autonomous vehicles will greatly reduce road accidents.

“This is a big opportunity to reduce accidents and make mobility more affordable as the savings made from not having drivers can be passed on to customers,” said Mr Bahrozyan.

“They will increase road safety, as 90 per cent of accidents are caused by human error with people falling asleep at the wheel or on their phones.”

Regulations in Dubai will change to accommodate driverless cars, to allow manufacturers to sell their own autonomous vehicles to the public in the future, Mr Bahrozyan said.

A similar trial has already taken place in Abu Dhabi.

A fleet of ride-sharing vehicles as part of the TXAI project was made available for members of the public to try out on Yas Island in December.

The topic of driverless cars was a key focus of the World Government Summit during a session on policies and innovation in the future of movement.

As technology develops, so will the regulations required to create a safe and legal environment for all road users.

“This kind of development and that of smart devices will be essential for work systems around the world, all governments will have to involve this positive transformation,” he said.

“We at Cruise’s Origin AV have been working on solutions for some challenges such as the lack of a visible steering wheel or brakes, which does not currently meet RTA’s required standard in vehicles.” 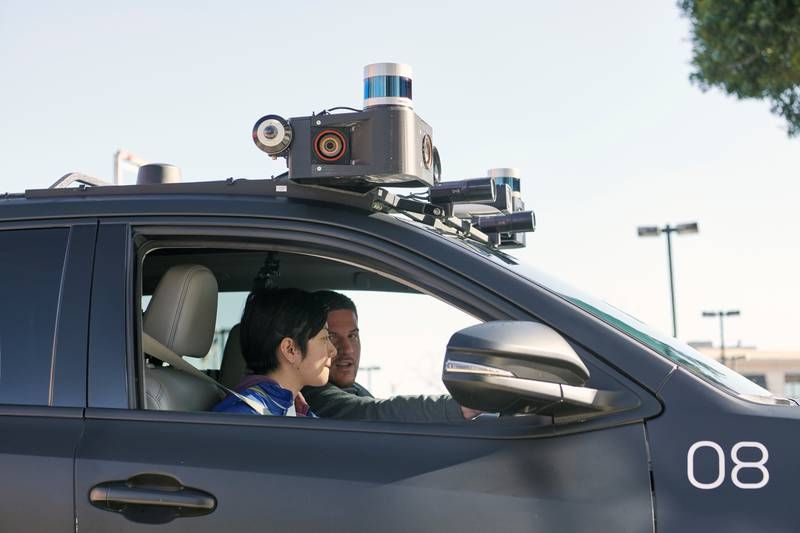 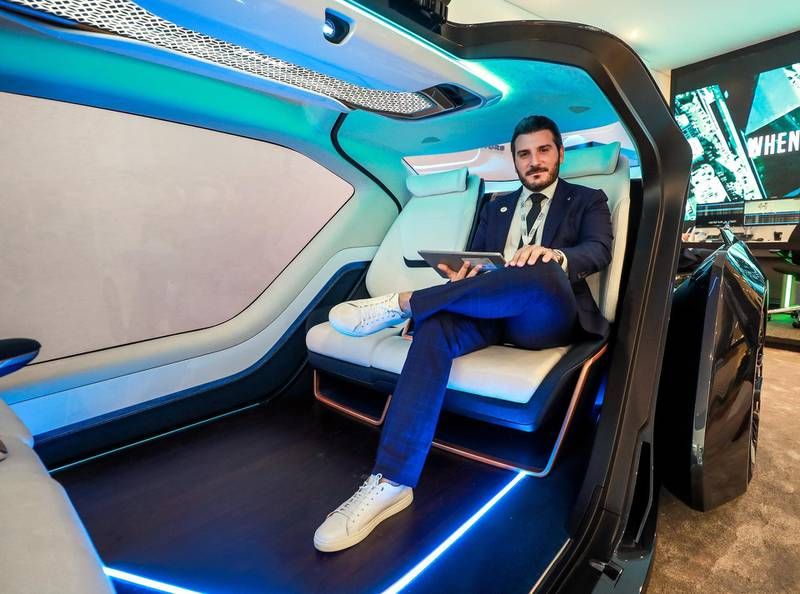 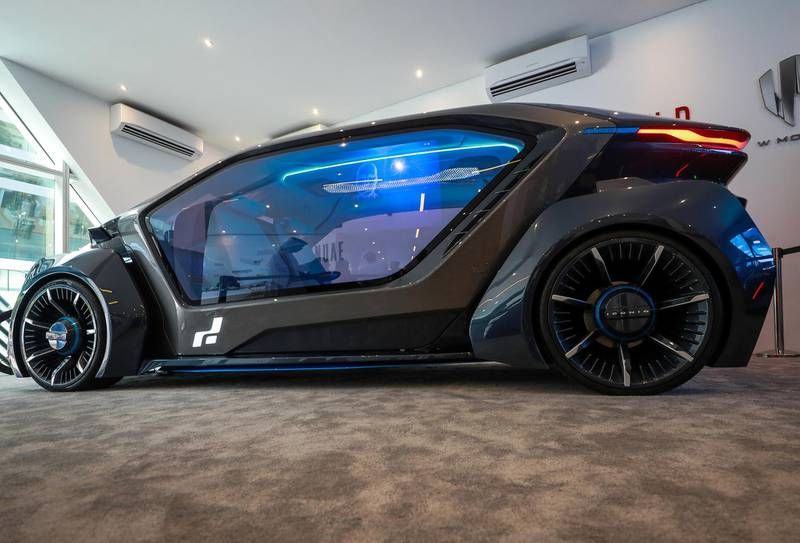 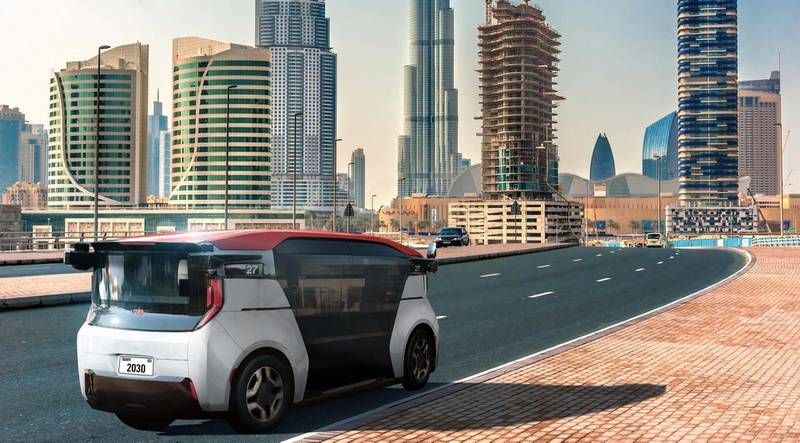 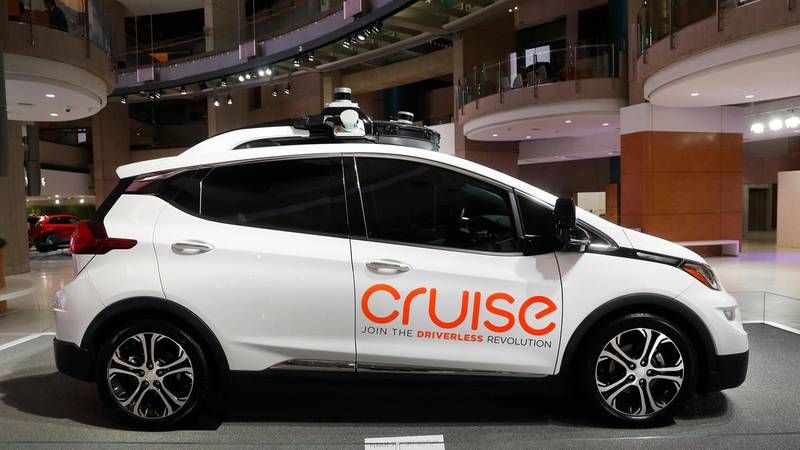 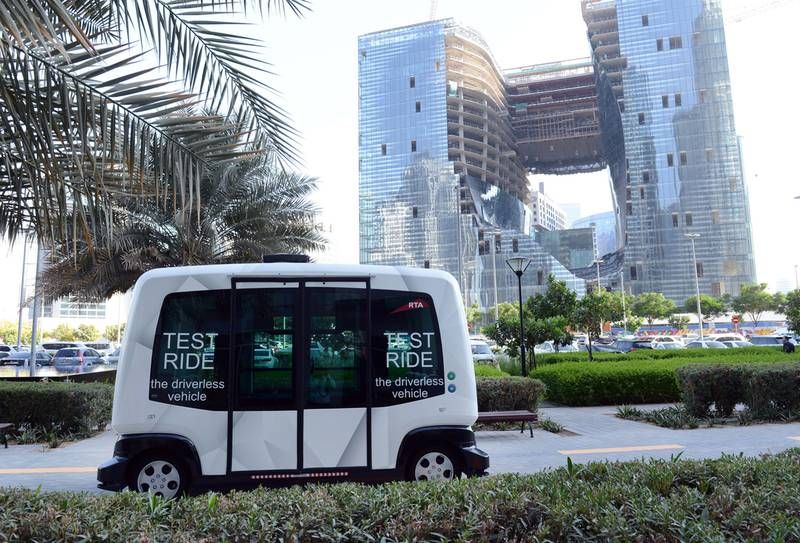 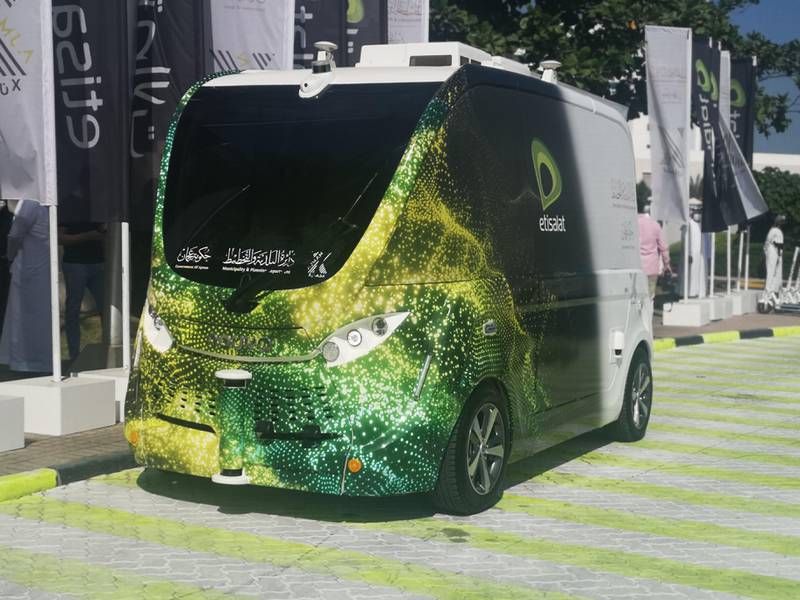 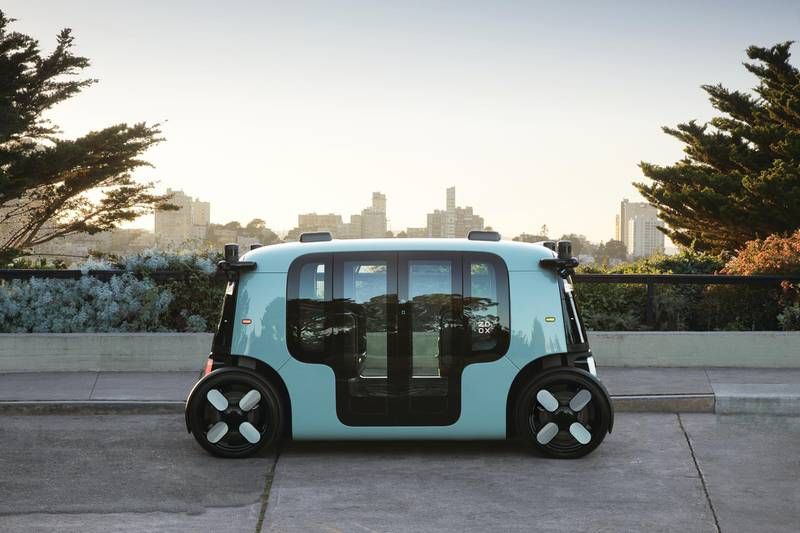 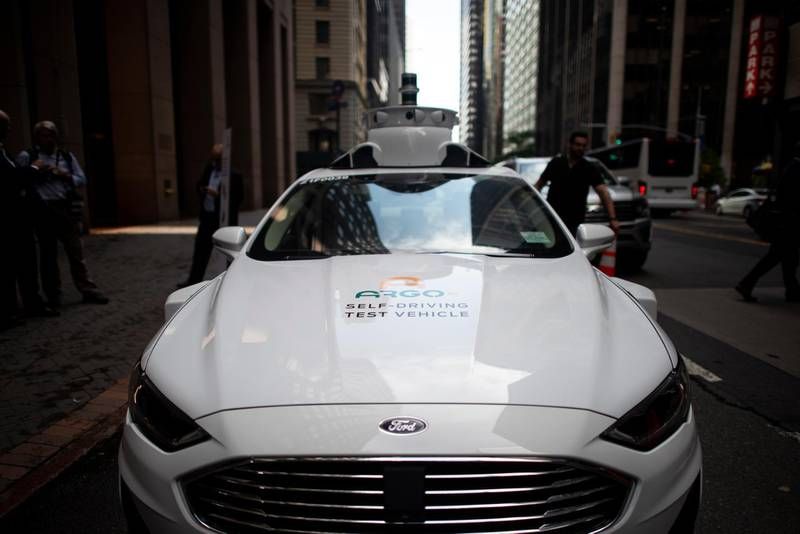 A self-driving car operated by California start-up Zoox. The company began to test its technology on public roads in Las Vegas in 2019. Reuters