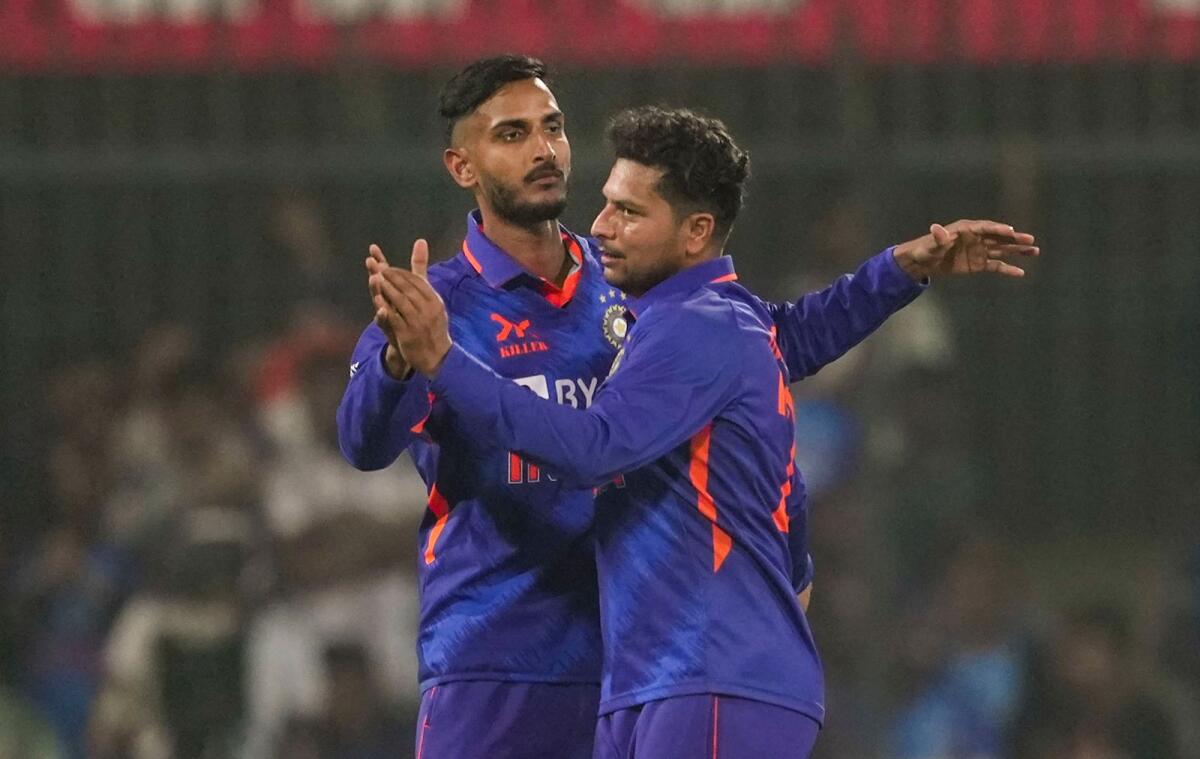 Shardul Thakur and Kuldeep Yadav took three wickets each as India completed a 3-0 clean sweep of the ODI series against New Zealand in Indore on Tuesday.

New Zealand’s bowlers hit back after the pair’s departure on a batting-friendly pitch, where at one stage the hosts looked set to go well past 400.

India slipped to 293-5 before Hardik Pandya took charge, boosting the total with a 38-ball 54, including three fours and three sixes.

Rohit and Gill, who hit a match-winning 208 in the series opener, started cautiously with India reaching 17-0 in the first four overs before the pair exploded with boundaries.

Gill smashed Lockie Ferguson for four fours and a six in a 22-run eighth over and Rohit joined the party with a few big hits over the fence.

It was the highest opening partnership by any team against the Kiwis in the 50-over format, surpassing the 201-run stand of Virender Sehwag and Gautam Gambhir in 2009.

Gill recorded his third 100-plus score in his last four ODI innings, taking off his helmet and basking in applause from the stands when he crossed the milestone. Rohit made his first ODI century since January 2019.

Michael Bracewell bowled Rohit and Blair Tickner sent back Gill in the next over and India soon lost regular wickets, despite a brisk 36 from Virat Kohli.

The left-handed Ishan Kishan was run out after a mix-up with Kohli, who soon fell to Jacob Duffy, before Pandya hit back.

Pandya put on 54 runs for the seventh wicket with Shardul Thakur, who hit 25, the hosts hitting 60 runs in the final five overs.