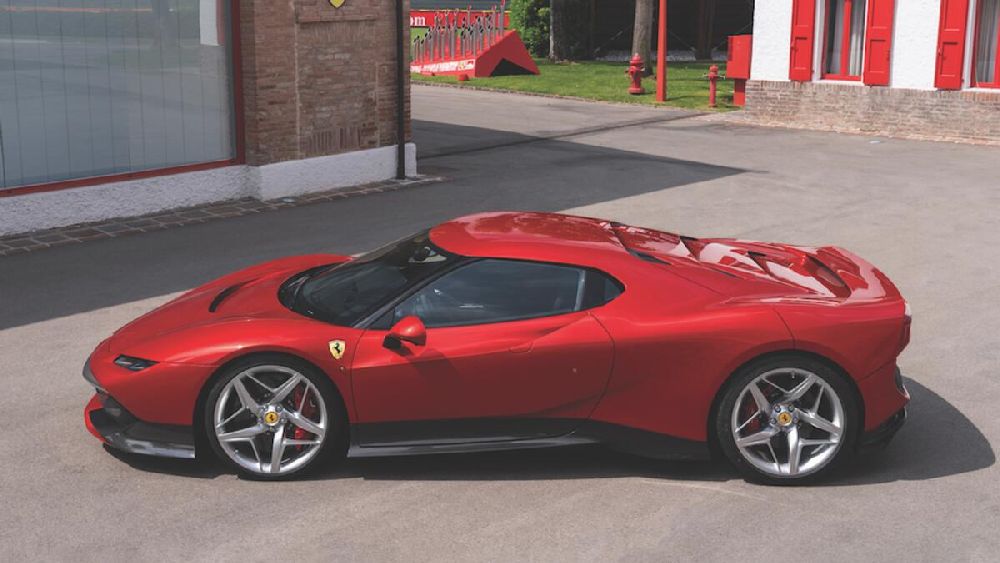 The horse is and has been such an integral part of man’s progress as a species, specifically in the domain of transportation. In the early days, when humans wandered by foot, they were only able to cover so much ground in a day, but sometime between 10,000 and 5,000 years ago, they started domesticating these four-legged hooved mammals. And with the help of these powerful-yet-graceful creatures we were able to travel far beyond the known trekking limits, even hundreds of kilometres without trouble in search of favourable habitats and in the spirit of exploration. From then on, the horse has been associated with words such as movement, travel, power, and poise.

Even after the invention of the automobile, for decades horses and horse-drawn carriages were used alongside motorised vehicles for journeys near and far until they were gradually replaced. Nowadays, horses are only found as part of tourist attractions and high-stakes derbies, but their deeply ingrained impact continues to show even in car culture. Let’s explore some of these examples!

Arguably, the most famous example of all is the Ford Mustang. With the logo of a galloping horse pasted on the front grille, the car’s connection to the animal is obvious. The ‘Mustang’ horses are said to be the progeny of escaped, domesticated horses that were brought to the American continent by Spanish explorers by ship sometime in the 16th century. The name is derived from the Spanish words “mestengo” and “mostrenco”, which translate to “wild or masterless cattle”, according to the authors of the Oxford Learner’s Dictionaries. And it seems to me that the Mustang was aptly named, as it does not feel like a precision instrument that hugs the road. Instead, its excessive horsepower outputs and tyre-shredding reputation make it a little wild at the wheel, which requires some patience and finesse to handle, much like its namesake. Alongside the ‘Mustang’ we’ve also seen the use of the word Unicorn (another word pertaining to horses) in the Hollywood movie, Gone in 60 Seconds. In it, the protagonist Nicholas Cage refers to the 1967 Ford Mustang GT500 as a ‘Unicorn’ and his accomplice goes on to say, “Fabled creature! Know the horse with the horn which is impossible to capture.”

Mustangs also belong to the pony car segment — again, another reference to horses — which is an American car classification for compact, budget-friendly and stylish coupes or convertibles with plenty of power under the hood. And under this umbrella term, we also have the Dodge Charger. The ‘Charger’ is a horse ridden by a cavalryman who is at the leading edge of an attack, which of course makes complete sense in hindsight, compared to the picture of the phone charger that comes to mind every time you hear the word.

The other famous company that uses the horse in its logo is the famed sportscar manufacturer Ferrari. The ‘Prancing Horse’ is a symbol of the Italian automaker and its racing division Scuderia Ferrari. It is said that originally, the symbol was used by World War I pilot Francesco Baracca on his aeroplane… and today, it is a symbol of speed, power heritage, and luxury.

If you think about it, there is one other famous European manufacturer that has a prancing horse on its crest. It is the luxury and sports car manufacturer Porsche. The crest that was created in 1952 is based on the Free People’s State of Württemberg’s coat of arms, which much like Ferrari’s is coveted all around the world.

SUVs and other body types

But it’s not just muscle cars and sports cars that have associations with the four-legged animal, off-roaders like the Jeep Wrangler and Ford Bronco also pertain to the creature. In the UK, the term ‘Wrangler’ means someone who wrangles or disputes, while in North America, the word represents a cowboy, especially one in charge of saddle horses. As for the name Bronco, it means ‘unbroken or imperfectly broken range horse’ of western North America and is synonymous with the ‘Mustang’.

Similarly, we also have the Mitsubishi Colt which was offered as a commuter in a hatchback body style. The Colt is a reference to the male foal or a young male horse that is usually under the age of four. Fans of the action-star Jackie Chan may remember seeing a customised Targa version of one in his movie Armour of God. Mitsubishi also built a 2-door sports coupe called the Starion, which apparently is the modified version of the word Stallion. But the name ‘Stallion’ was also in use officially. Toyota sold their light trucks from the 50s to the 80s, under this name.

Then, we also have VW Polo, which may not be named after a horse but rather based on a team sport played on horseback. The littlest brother amongst the VWs siblings is even smaller than the Golf.

There are also other examples of the use of the term ‘horse’ and its many variations, such as the Hyundai Equus, which was a luxury full-size vehicle sold as the Hyundai Centennial in the Middle East. The word Equus comes from the Latin word for ‘horse’, from which is derived the word equestrian. Some of you who may have grown up in the ’80s and ’90s may also remember the Chevrolet Caprice Brougham. The last name Brougham refers to a light horse-drawn carriage with four wheels and a roof.

Other mentions of the animal are also seen in the brands and models, such as Corre La Licorne, Pegaso, Iran Khodro, Carlsson and the Subaru Brumby.

It’s not just model names, the most significant measure of output of an engine is named after the horse. Horsepower, which roughly equates to 746 Watt, was based on how much work a horse could do in a certain amount of time. It was James Watt, the inventor of the steam engine, who created this correlation to represent the power of his engines.

We also have other horse-related terms like Shotgun being used in colloquial language. In the long past era of the Wild West, a “shotgun guard” was an armed person who rode beside a stagecoach driver as his protection against bandits. In the modern world, we call “shotgun” to secure the front passenger seat, a nod to the occupation that once was, but without any of the responsibilities.

While we have seen several references to animals in the auto industry, like the jaguar, lion, ram, etc., but it is the horse that seems to have made the most impact on the automotive industry in general and it may continue to be a symbol of motion, power, and prestige for years to come.

Auto
. Reviving nameplates of old SUVs is a growing trend in the automotive industry.