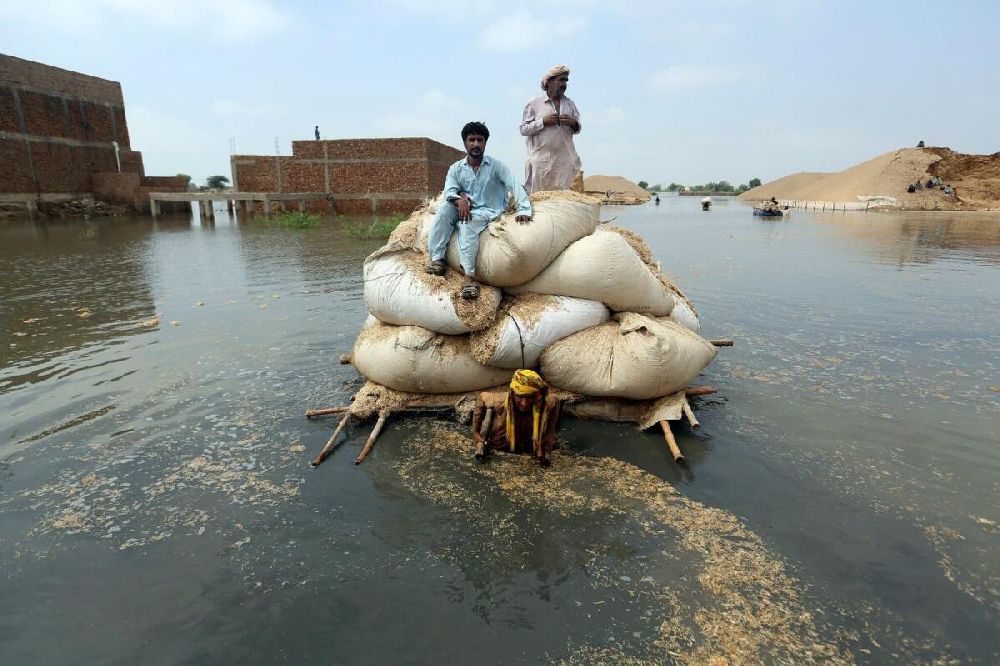 For almost half a century, the world has talked about quitting its addiction to fossil fuels. Yet year after year, we remain stuck with the same old dirty energy system.

The consequences of that delay are now upon us, with the climate crisis breaching our front door. Extreme rainfall in Pakistan affected more than 33 million people this year, with some communities converted into lakes. In Florida, Hurricane Ian caused more than $50 billion in insured damage, making it the second most expensive hurricane in the country’s history. In the Western United States, drought left the nation’s two largest reservoirs nearly three-quarters empty.

But when we look back a decade from now, we may find that 2022 was an inflection point. New policies in the United States and Europe, and elections in Australia and Brazil, are creating momentum toward clean energy. If moving away from dirty energy is like rerouting a giant ship, then this could be the year when world leaders started to turn the tanker around.

An “energy transition” sounds smooth and orderly. But in a year with a brutal war that turned global energy markets upside down, we learned that that’s not the way this kind of change will happen. It’s going to be a bumpy ride — an energy disruption.

If we look at the periods when the energy system shifted dramatically, whether in 1979 or 2022, there’s a clear pattern: crisis. When energy supply grows scarce and fossil fuel prices shoot through the roof, governments act.

The responses might be Band-Aids — bringing down prices in the short term but doing little to change dependence on dirty energy. Or they could be like major surgery — fundamentally altering energy infrastructure. It’s the latter changes that really count, because they’re harder to reverse.

After more than three decades of largely failed efforts, Congress passed a series of climate bills aimed squarely at infrastructure. The biggest one, the Inflation Reduction Act, is projected to invest around $370 billion in clean industries. Much of the funding will flow through unlimited tax credits to households for everything from electric vehicles to solar panels to heat pumps that run on electricity rather than gas.

Initially, it seemed like this package would fail to make it over the finish line. The bill died and was reincarnated again and again. Ultimately, high energy prices created the conditions for action. By one estimate, fossil fuel price increases drove 41 percent of inflation in the United States.

The law will also be hard to roll back, even if Republicans get a chance in the future, because it’s creating well-paid jobs in America. Private companies have invested north of $100 billion in electric vehicles, charging infrastructure and solar. Many new jobs will be in Republican states and districts. At a BMW event in October, Senator Lindsey Graham said his state of South Carolina “is going to become the Detroit of batteries.”

America’s new energy laws are far from perfect. They include investments in fossil fuel infrastructure, like gas-powered buses. And so far, many electric utilities are resisting updating their plans to build clean energy faster. Congress had proposed incentives for them to do this as part of the climate package, but Senator Joe Manchin of West Virginia refused to let that provision move forward.

Yet overall these new laws will set the United States on a permanent course away from fossil fuels — even if the journey has ups and downs.

This year will also likely be a turning point for Europe. The energy crisis, driven by Vladimir Putin’s unprovoked invasion of Ukraine, has all but cut off Europe from its largest source of fossil gas. In response, prices have surged — in August, gas in the European Union cost a whopping 12 times more than at the start of 2021.

The explosion of the Nord Stream gas pipelines in September that damaged a key link between Russia and Europe will only accelerate these trends. Widely believed to be an act of sabotage, it’s unclear if the pipelines can be repaired. Most likely, the damage will permanently reduce Europe’s access to fossil fuels.

Given these disruptions, Europe has accelerated its plans to move toward clean energy. In November, the European Union decided to speed up permitting and installation for renewable energy projects by setting maximum timelines for everything from solar panels to heat pumps. E.U. negotiators also recently completed a deal to cut carbon pollution faster this decade.

In October and November, gas usage in Europe was roughly a quarter below its five-year average for the same period. Part of this reduction is from people changing their behavior to save energy, a trend that could be temporary. But in the first half of 2022, Poland, the Netherlands, Italy and Austria saw massive growth in sales of heat pumps. The buildings that now have heat pumps are unlikely to ever return to burning gas, even if the geopolitical situation shifts.

As the world manufactures more solar panels, electric vehicles and heat pumps, it will also learn how to make them more cheaply. That innovation cannot easily be undone. As clean technology falls in price, more consumers and businesses around the world will choose it rather than fossil fuels. Think about how widely cellphones were adopted over landlines once they were more affordable.

Elections this year also set the stage for further policy that moves the global energy system away from fossil fuels. After devastating wildfires over the past few years that killed or displaced three billion wild animals and destroyed thousands of homes, the toll of climate inaction became clear to more and more Australians. In May, Australian voters booted from office a party whose approach to climate change was deny and delay. The victorious Labor Party put climate change at the center of its platform, and independents defeated incumbent politicians in previously safe seats by running aggressive climate campaigns.

The Australian Labor government is now actively considering what kind of energy system it wants to build going forward. It will have to make a particularly tough choice to turn away from coal if it wants to follow through on its climate commitments.

In October, the Brazilian people chose Luiz Inácio Lula da Silva as their next president, rejecting the anti-environment Jair Bolsonaro regime. After Mr. Bolsonaro came to power in 2019, there was a 50 percent increase in deforestation within six months. Mr. Bolsonaro’s policies led to an area of forest larger than Belgium being decimated in under three years.

Last month at the U.N. climate conference, the president-elect said he would “do whatever it takes” to achieve zero deforestation, and that “climate change will have the highest priority” in his government.

But the environmental enforcement mechanisms that Mr. Bolsonaro dismantled can’t be rebuilt overnight. Even if the new president is wildly successful, these gains will be harder to lock in than changes to energy infrastructure.

The global energy disruption this year had its share of bad news, too. Globally, coal consumption reached an all-time high this year, as some countries searched desperately for lower-cost energy in the short term. Yet the rapid growth in renewables has almost outweighed this shift toward coal, at least in terms of carbon pollution.

This year, climate progress has been a dance. Rather than two steps forward, one step back, it’s unpredictable and improvisational. An attack on a sovereign country, fossil fuels spike in price, rogue actors blow up pipelines, and heat pumps have their breakthrough moment.

It’s hard to say exactly how things will play out. But my bet is that clean energy wins the day.