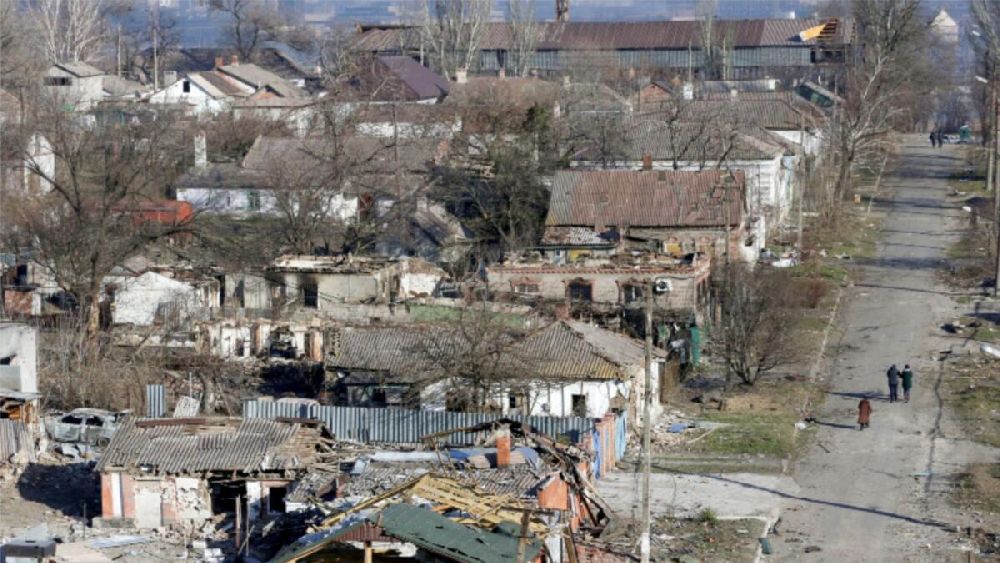 Thousands of civilians may have died in the besieged port city of Mariupol in southern Ukraine since bombing began four weeks ago, the head of the UN human rights mission told Reuters on Tuesday, providing its first estimate.

Nearly 5,000 people, including about 210 children, have been killed in Mariupol since Russian forces laid siege to it a month ago, a spokesperson for Mayor Vadym Boichenko said on Monday.

His office said 90 per cent of Mariupol’s buildings had been damaged and 40 per cent destroyed, including hospitals, schools, kindergartens and factories.

“We do think that there could be thousands of deaths, of civilian casualties, in Mariupol,” Matilda Bogner, head of the UN human rights mission in Ukraine which deploys some 60 monitors, said in a virtual interview.

She said the mission did not have a precise estimate but was working to gather more information.

Local officials, citing witness accounts, last week estimated that 300 people were killed in the March 16 bombing of a Mariupol theatre where people were sheltering.

As of Tuesday, the UN human rights office had confirmed 1,179 civilians killed and 1,860 injured across Ukraine in the five-week-old conflict, amid reporting delays due to the hostilities, a statement said.

Last week Bogner told a briefing that UN monitors had received more information about mass graves in Mariupol, including one that appeared to hold 200 bodies.

“On the mass graves, actually we’ve decided now we should be calling it ‘improvised graves’,” Bogner said on Tuesday.

This was because the term “mass graves” may imply victims of a crime, whereas people who have perished in Mariupol reflect deaths from a range of causes, she said.

Civilian casualties from the conflict were believed to be a “fairly small portion” of bodies in the improvised graves in parks and gardens, she said.

Some people who died naturally were never taken to morgues or individual tombs due to the hostilities, while others never reached doctors, she added.

It was not clear if any military casualties are buried in the improvised graves, she said.

Robert Mardini, director-general of the International Committee of the Red Cross (ICRC), told Reuters in a separate interview on Tuesday that it had “no first-hand information” on casualties from the Mariupol theatre bombing.