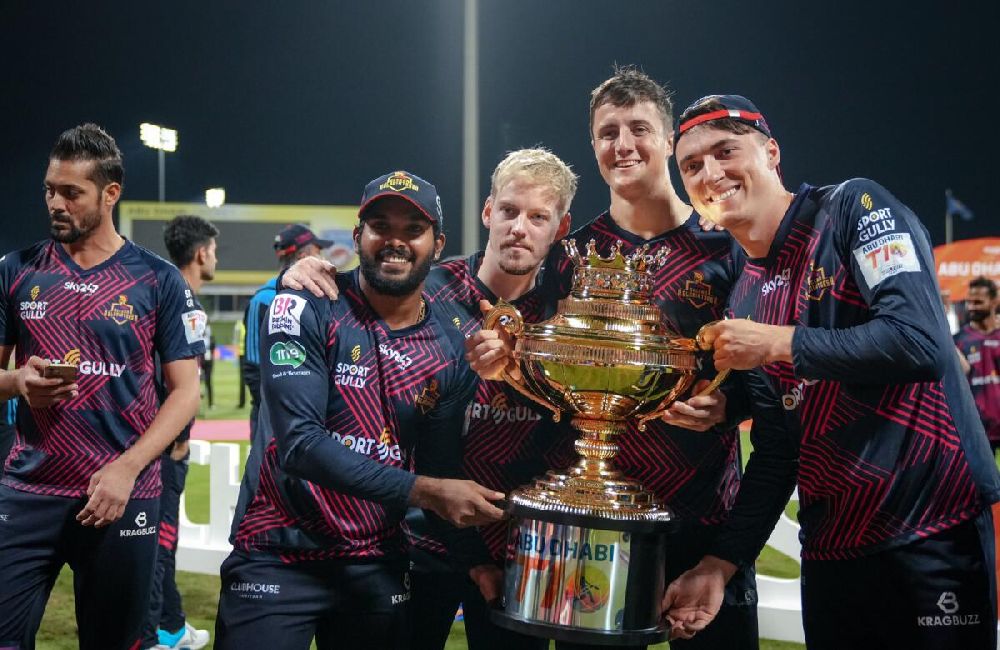 Some of the biggest names will be in action in the sixth season of the Abu Dhabi T10 at the Zayed Cricket Stadium.

Eight teams will battle it out for the top prize over 12 days, beginning on November 23 with the final scheduled for December 4 .

The final act of Season 6 of Abu Dhabi T10 will be an exciting closing ceremony concert which will begin at 8:30pm local time.

Tickets for the tournament have gone on sale via Q-tickets on Tuesday (November 15), with a wide variety of both individual, family seats and pods and corporate hospitality options.

“We have moved on from the Covid regulations and the safe return of fans back into the Zayed Cricket Stadium, Abu Dhabi is quite exciting for us. We look forward to enhancing the spectator experience this season and can’t wait for to experience ADT10 like never before. Tickets are now live on Q-tickets as low as Dh20,” said Rajeev Khanna, Abu Dhabi T10’s COO.

The opening game will see the Kieron Pollard-led New York Strikers take on the Bangla Tigers captained by Shakib Al Hasan at 6:15 pm.

The second game of the day will see the defending Champions Deccan Gladiators, powered by West Indian stars Nicholas Pooran and Andre Russell, square up against crowd favourites Team Abu Dhabi at 8:30 pm.

The top two ranked teams at the end of the league stages will go head-to-head in Qualifier 1, with the winner advancing to the final.

The losing team of the first qualifier will then get a second chance at the Abu Dhabi T10 trophy by facing the winner of the day’s eliminator played between the sides placed third and fourth.