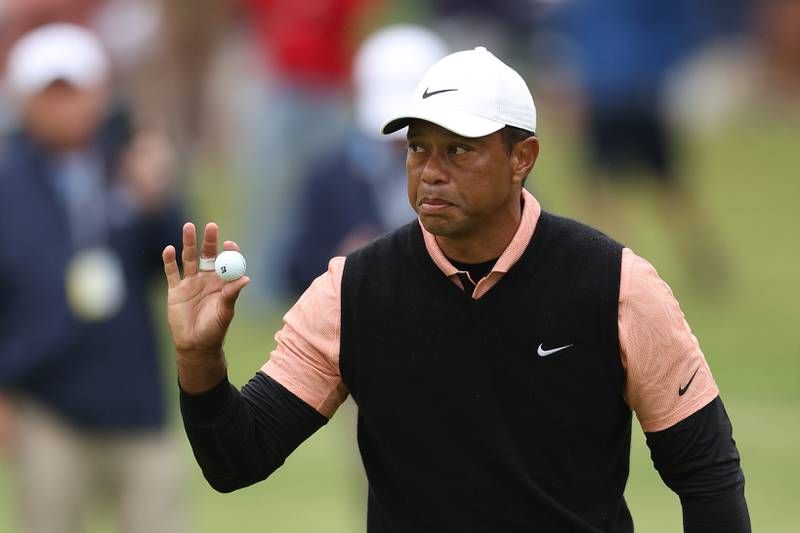 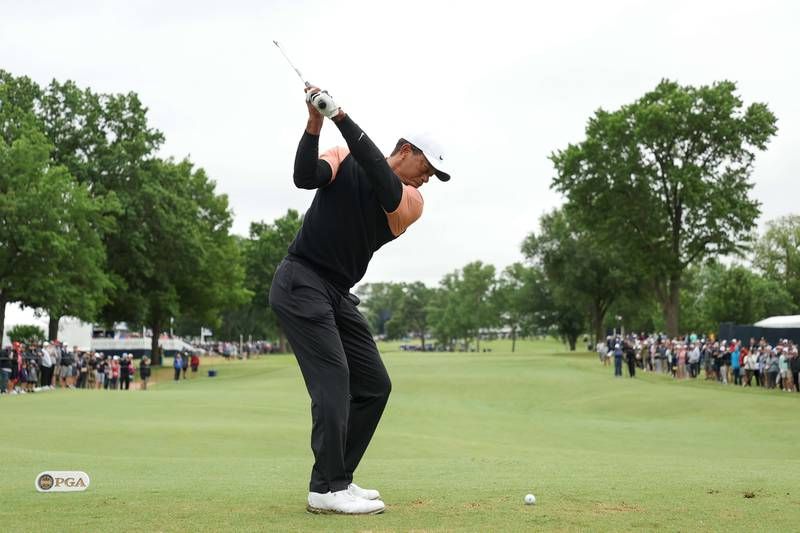 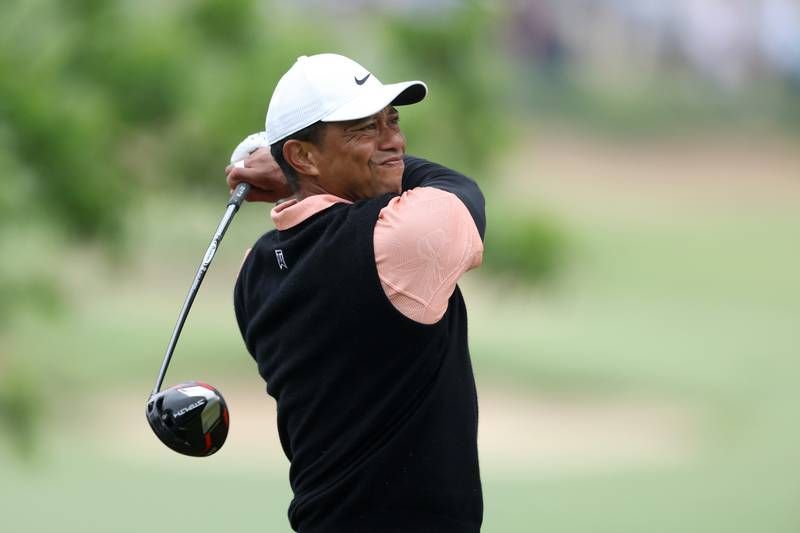 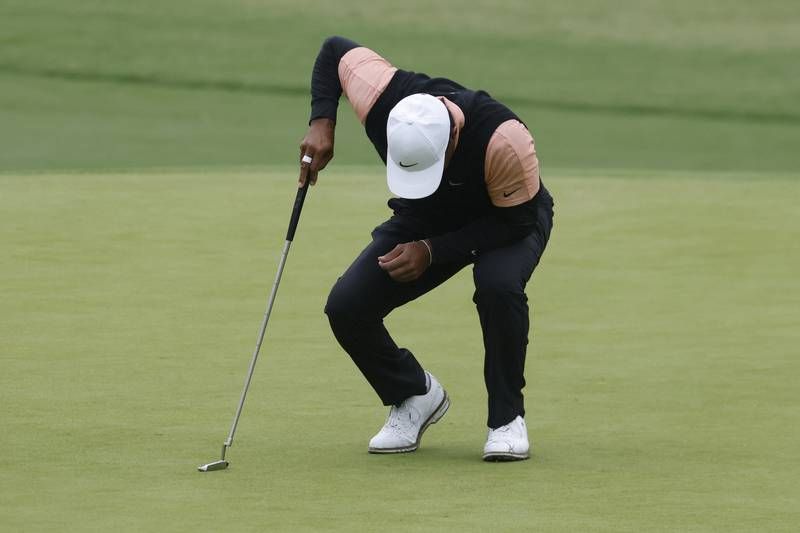 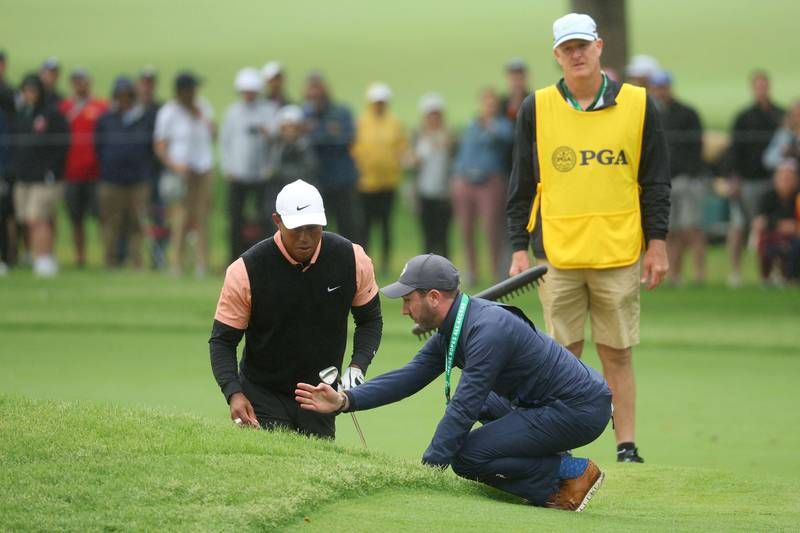 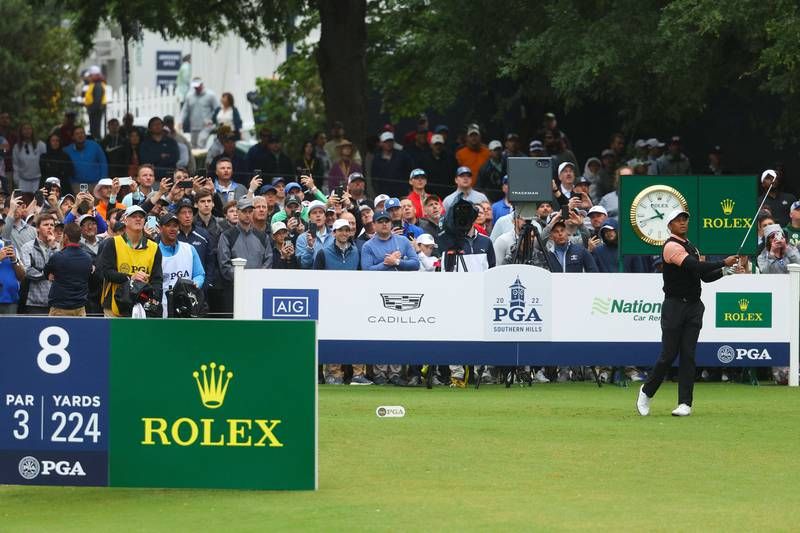 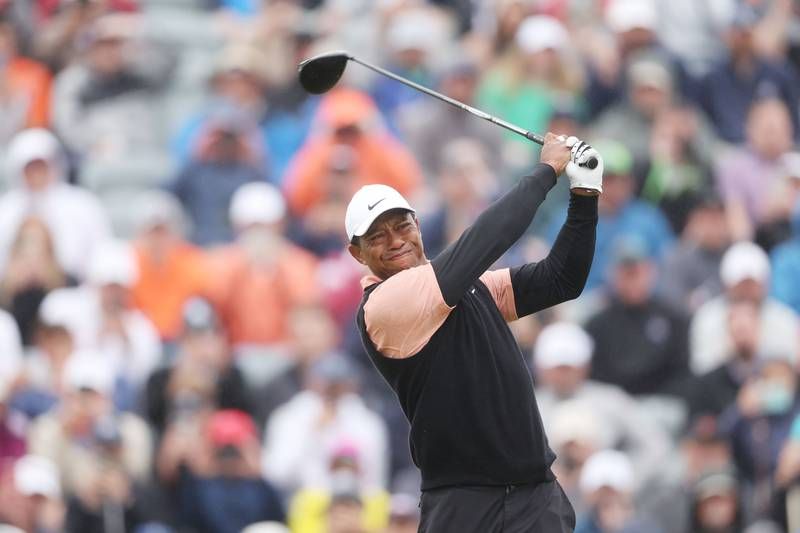 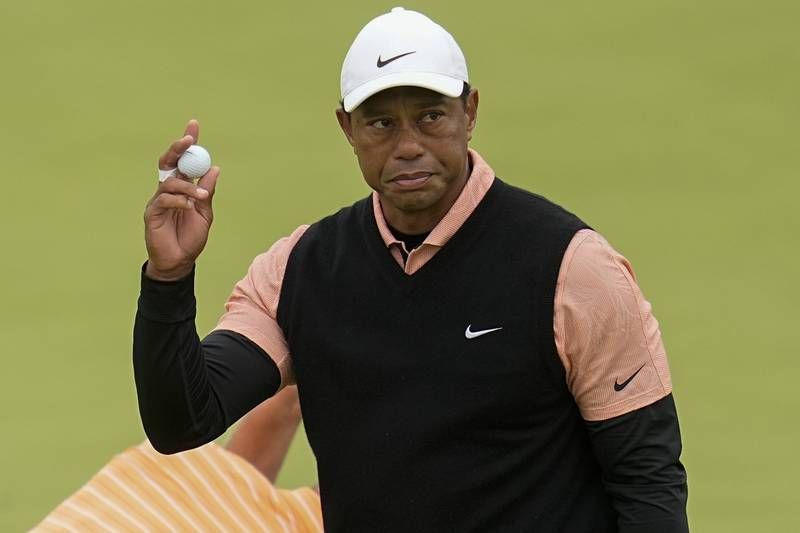 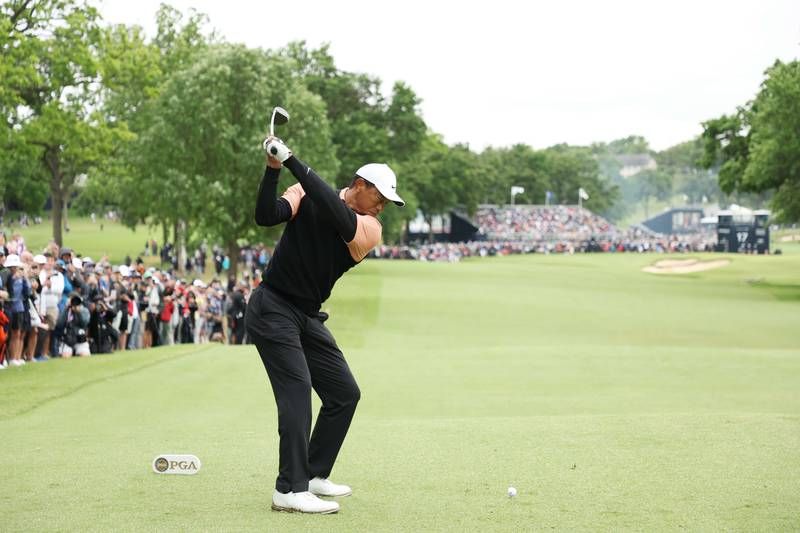 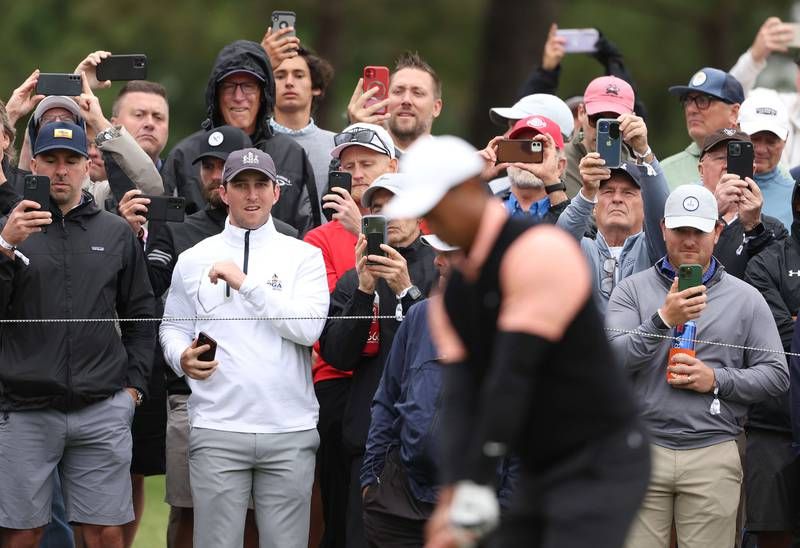 Tiger Woods reacts to his putt during the third round of the PGA Championship at the Southern Hills Country Club in Oklahoma on Saturday, May 21, 2022. AFP

Tiger Woods had a weekend to forget as he carded one of his worst rounds at a major tournament and subsequently withdrew from the PGA Championship on Saturday. 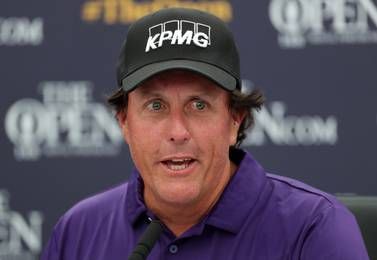 Woods had suffered severe leg injuries in a February 2021 car crash before making an incredible return last month at the Masters. But the former world No 1 was clearly struggling on Saturday, limping through the third round on his right leg after carding nine-over 79.

The 46-year-old shot 69 on Friday to make the cut after an opening 74 at the Southern Hills Country Club.

Woods announced his withdrawal five hours after his finish.

“Tiger Woods has informed us that he is withdrawing from the 2022 PGA Championship,” PGA of America president Jim Richerson said in a statement. “We admire Tiger’s valiant effort to compete here at Southern Hills and wish him the best as he continues to recover from his injuries.”

Woods made five consecutive bogeys at a major for the first time in his career from the ninth through 13th holes and stood on 12-over 222 after 54 holes when he pulled the plug.

“I didn’t do anything right,” Woods said. “I didn’t hit many good shots. Consequently I ended up with a pretty high score.”

Woods struggled to his worst-ever score in 79 PGA Championship rounds and his only worse major scores were a 10-over 81 in the third round of the 2002 British Open and a 10-over 80 in the first round of the 2015 US Open.

“I just didn’t play well,” Woods said. “I didn’t hit the ball very well and got off to not the start I needed to get off to.”

The last time Woods withdrew from a tournament was in 2019 prior to the second round of the Northern Trust. It is the first time he has pulled out of a major since the US Open in 1995.

Meanwhile, Mito Pereira became the first Chilean to lead a major, surging three shots clear at the top of the PGA Championship.

Playing in just his second major, Pereira carded a one-under 69 to get to nine-under 201 and a three-shot lead on Britain’s Matt Fitzpatrick and American Will Zalatoris going into Sunday’s final round.

“It’s by far the biggest tournament I played, the biggest round of golf and tomorrow is going to be even bigger,” said Pereira, who missed the cut in his only other major the 2019 US Open. “I just try to keep it simple, try to do the same things that I’ve been doing, try to not even look at the people that’s around me.”