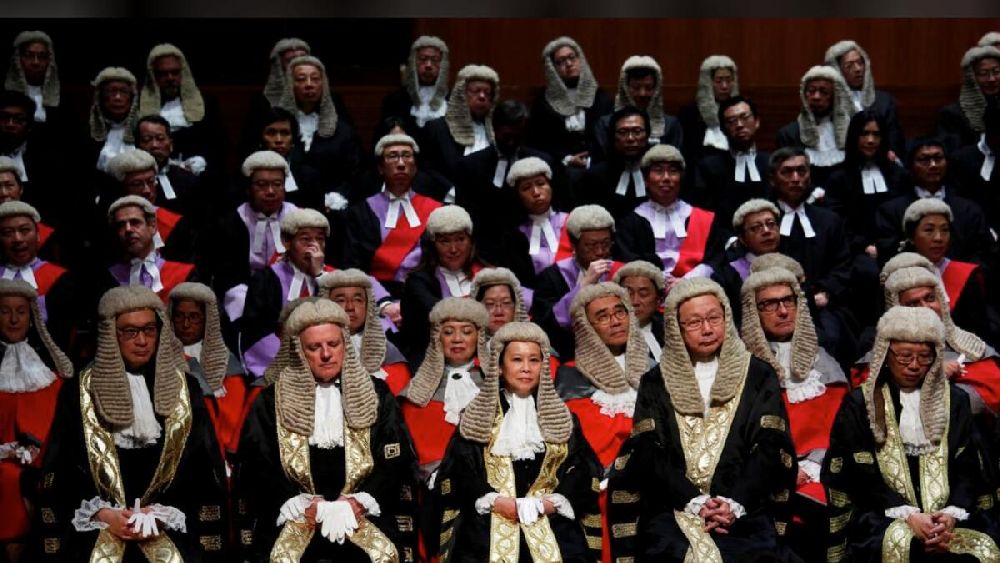 Two judges of Britain’s Supreme Court who sat on the Hong Kong Court of Final Appeal (HKCFA) under an arrangement set out in the 1997 handover to China resigned on Wednesday due to concerns over implications of the National Security Law passed by China in 2020.

Hong Kong was handed over to China in 1997 after 156 years of British rule.

A statement from Lord Reed, President of the Supreme Court, recalled the history of British judges sitting in the Hong Kong court to fulfil obligations undertaken by the government towards the former British colony since 1997.

It said: “They (the judges) have done so with the support of the government, and in the light of the government’s assessment that their participation in the HKCFA was in the UK’s national interests. However, since the introduction of the Hong Kong national security law in 2020, this position has become increasingly finely balanced”.

“The courts in Hong Kong continue to be internationally respected for their commitment to the rule of law. Nevertheless, I have concluded, in agreement with the government, that the judges of the Supreme Court cannot continue to sit in Hong Kong without appearing to endorse an administration which has departed from values of political freedom, and freedom of expression, to which the Justices of the Supreme Court are deeply committed”, the judge said.

Lord Reed and Lord Hodge submitted their resignations as non-permanent judges of the HKCFA with immediate effect.

The Foreign Office said that following discussions, it was agreed that it is no longer tenable for serving UK judges to sit on Hong Kong’s top court.

Deputy Prime Minister, Justice Secretary and Lord Chancellor Dominic Raab added: “Since 2020 and the introduction of the national security law, our assessment of the situation in Hong Kong is that it has shifted too far from the freedoms that we hold dear – making free expression and honest critique of the state a criminal offence”.

“This flies in the face of the handover agreement we have had with China since 1997 and, having discussed at length with Foreign Secretary and the President of the Supreme Court, we regretfully agree that it is no longer appropriate for serving UK judges to continue sitting in Hong Kong courts”, he added.