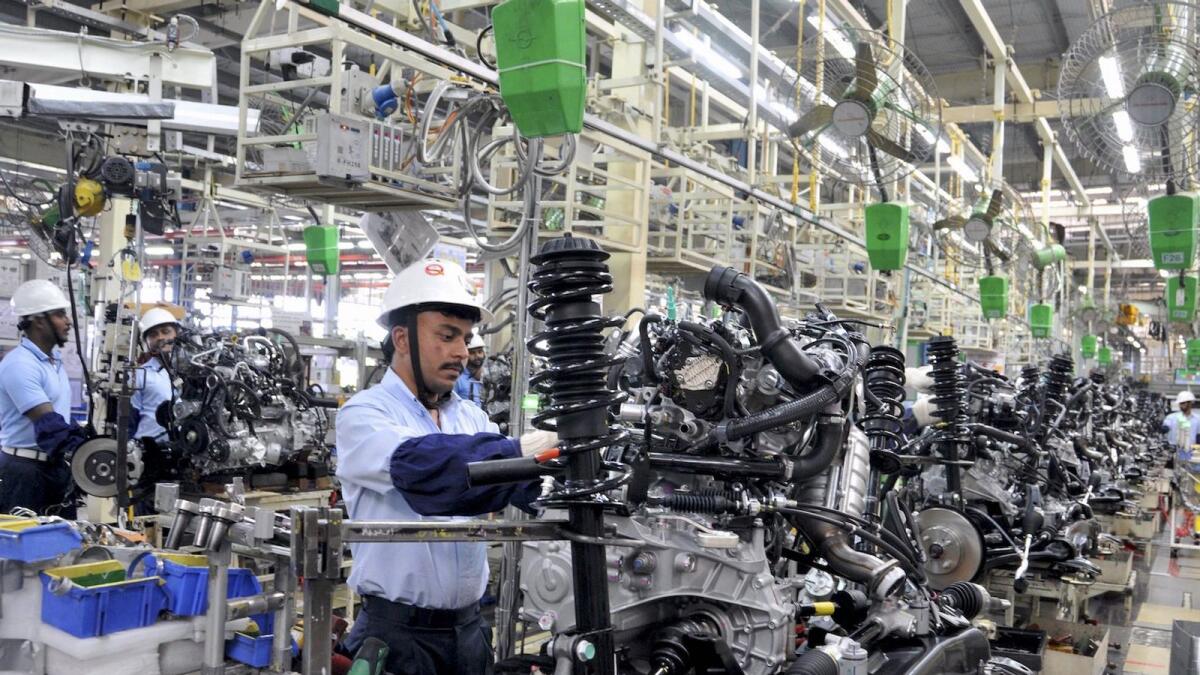 Toyota Motor Corp said on Friday its annual vehicle production was likely to come in below its initial target, as a persistent global semiconductor shortage hampers efforts by the world’s biggest car maker by sales to boost output.

The Japanese company has been under scrutiny over whether it can stick to its annual production target of a record 9.7 million vehicles after it missed interim goals in the first four months of the fiscal year that began in April.

Production rebounded in August, but output in October and November is expected to be around 750,000 and 800,000 units respectively, below the average 900,000 monthly production plan for September through November it projected late last month.

Toyota did not say by how much its annual production target will be lowered, but output in the first five months of the current fiscal year was 6.7 per cent short of the company’s initial plans, according to Reuters calculations based on company data.

A revised target will be disclosed once the outlook for production becomes clearer, a Toyota spokesperson said.

Friday’s announcement dampens hopes shared by Japanese automakers that the chip shortage would ease and allow them to increase production in the second half of the financial year to make up for constrained output in the first half.

Soaring inflation, rising interest rates and growing risks of economic recession in major markets have also darkened the demand outlook, although auto production remains tight in general due to the chip shortage and Covid-related restrictions.

Tesla chief executive Elon Musk said earlier this week that “a recession of sorts” in China and Europe was weighing on demand for its electric cars.

Toyota said on Friday it will suspend 11 production lines at eight domestic factories next month for between two to nine days, affecting the output of a wide variety of vehicles including the Corolla, RAV4 and Yaris.