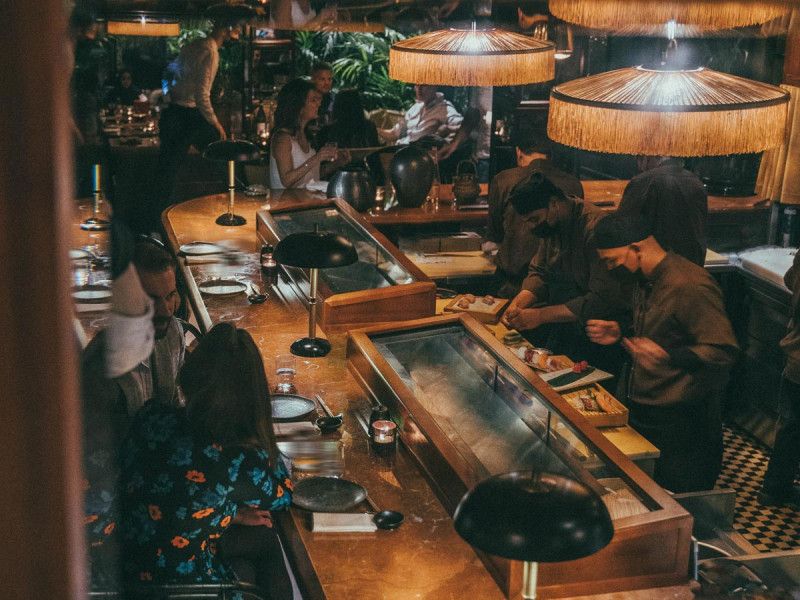 The UAE mastered space flight with its mission to Mars earlier this year, but Japanese restaurant Mimi Kakushi has gone one step beyond and perfected time travel.

Pirajean Lees studio combed through archives from one of Japan’s most enchanted periods to create a decor that matches its meticulous chic.

In the twenties, Japan let itself be seduced by futurist movements, singing the praises of Art Deco as it upended the past, intent on its delectable mission: to blur the lines between life and art. 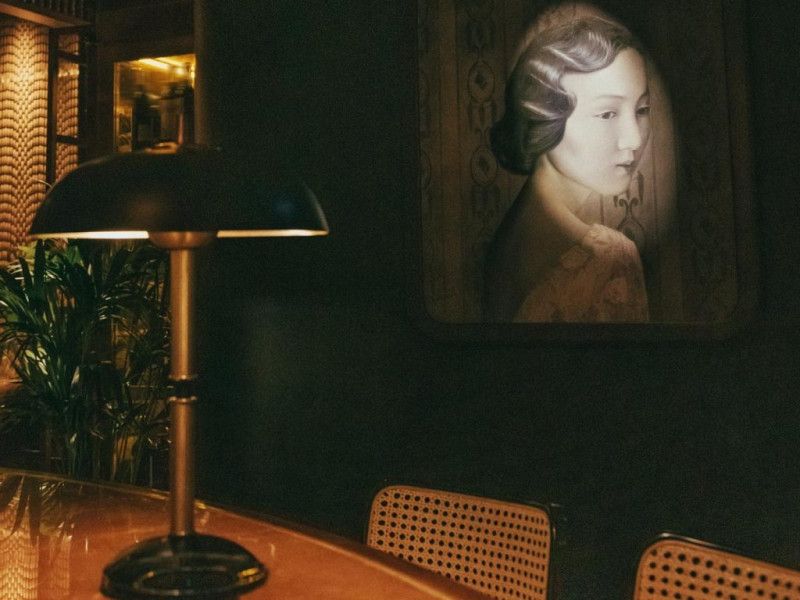 The restaurant captures the spirit of this period in both its design, and its name: Mimi Kakushi being a subversive hairstyle that turned ancestral standards on their head, redefining the features of women’s faces.

‘Covering the ears’, the English translation of the restaurant’s name, takes the shape of an iconic asymmetrical silhouette, and perfectly embodies the liberation of the minds and spirits.

Of course, the cuisine follows suit and then some with its sushi chefs presenting a panoply of iconic Japanese dishes. 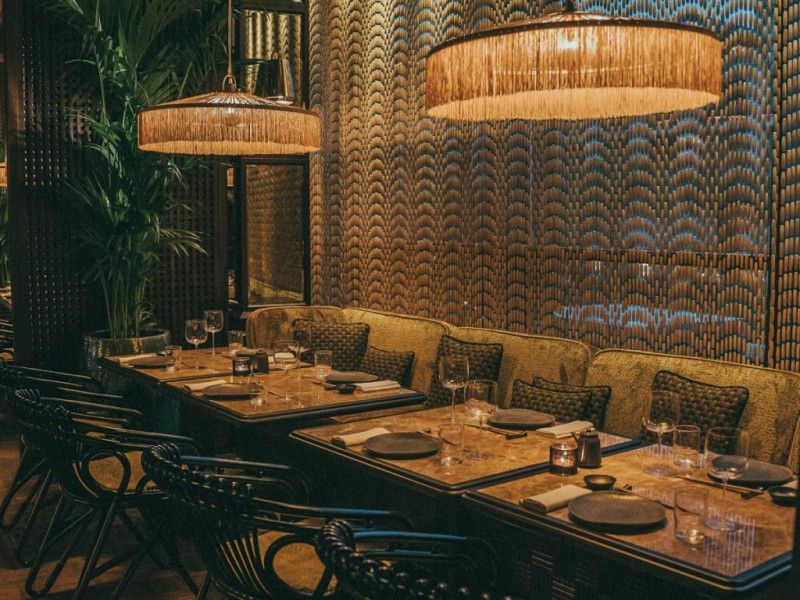 Then there are sashimi, tempura and gyoza, as well as makis that give free range to the chef’s creativity. 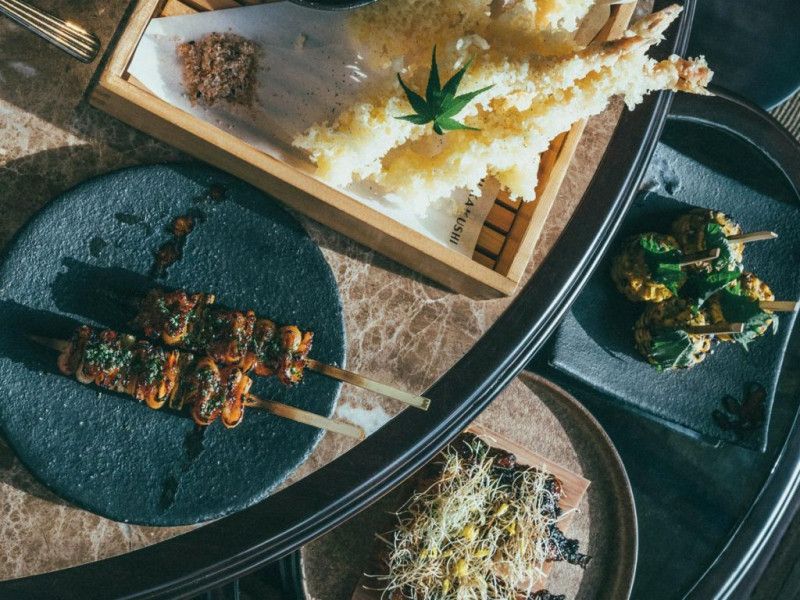 Book your place for a voyage through time, now.