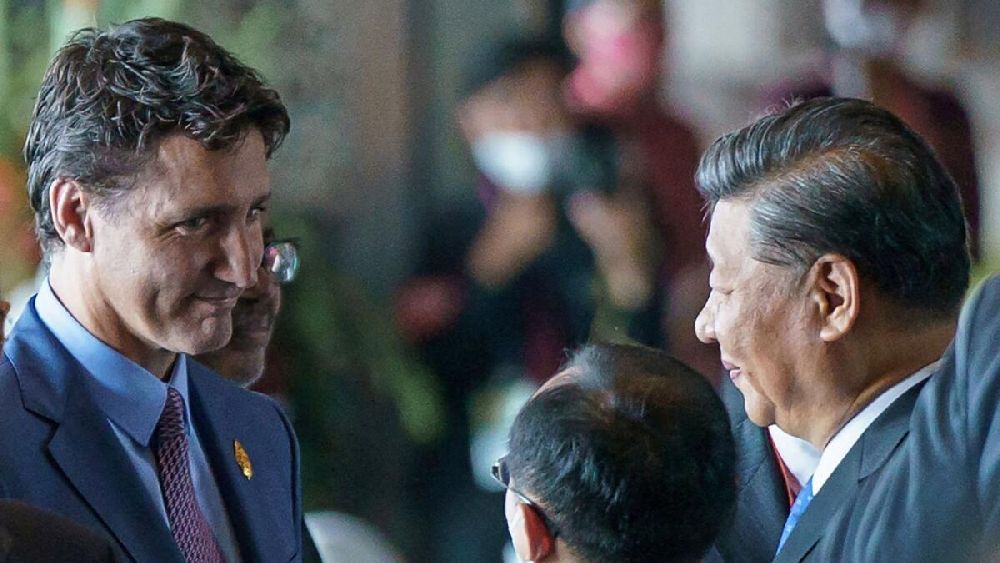 The “interference” is likely a reference to a November 7 Canadian media report that cited intelligence officials saying they suspected China of meddling in the 2019 election. Also, an employee at Canada’s largest electricity producer was arrested and charged by police on Monday over allegations of trying to steal trade secrets for China.

Trudeau discussed his concerns about Chinese “interference activities” in Canada on the sidelines of a Group of 20 meeting on the Indonesian island of Bali, the government source said.

China’s embassy in Ottawa did not immediately respond to confirm the meeting or the points of discussion.

“Canada’s intelligence agencies, which are usually reticent in public, have been indicating their concern,” said Roland Paris, Trudeau’s former foreign policy adviser and professor of international affairs at University of Ottawa.

A picture shows the two leaders facing each other in a crowded room where they spoke for about 10 minutes, the source said. That compares with a three-and-a-half hour closed-door meeting between US President Joe Biden and Xi on Monday.

“We’re talking about a relationship that has been in a deep freeze for years, so it’s not surprising that the first leader-level contact would be informal,” policy analyst Paris said.

Diplomatic tensions between Canada and China have been running high since the detention of Huawei Technologies executive Meng Wanzhou in 2018 and Beijing’s subsequent arrest of two Canadians on spying charges.

While the standoff ended when all three people were released last year, relations have remained sour. Citing national security concerns, Ottawa banned the use of 5G gear from Huawei in May and earlier this month ordered three Chinese companies to divest from critical minerals in Canada.

The Canadian government is poised to launch a so-called Indo-Pacific Strategy that Foreign Minister Melanie Joly says will challenge China on human rights, while seeking cooperation with the world’s second-biggest economy on climate change and other shared goals.

Trudeau on Tuesday unveiled one element of the new strategy when he announced C$750 million ($563.8 million) in funding over three years starting in 2023-24 to help countries in the region develop needed infrastructure, according to a statement.

Joly also met with her Chinese counterpart on Tuesday, the government source said.