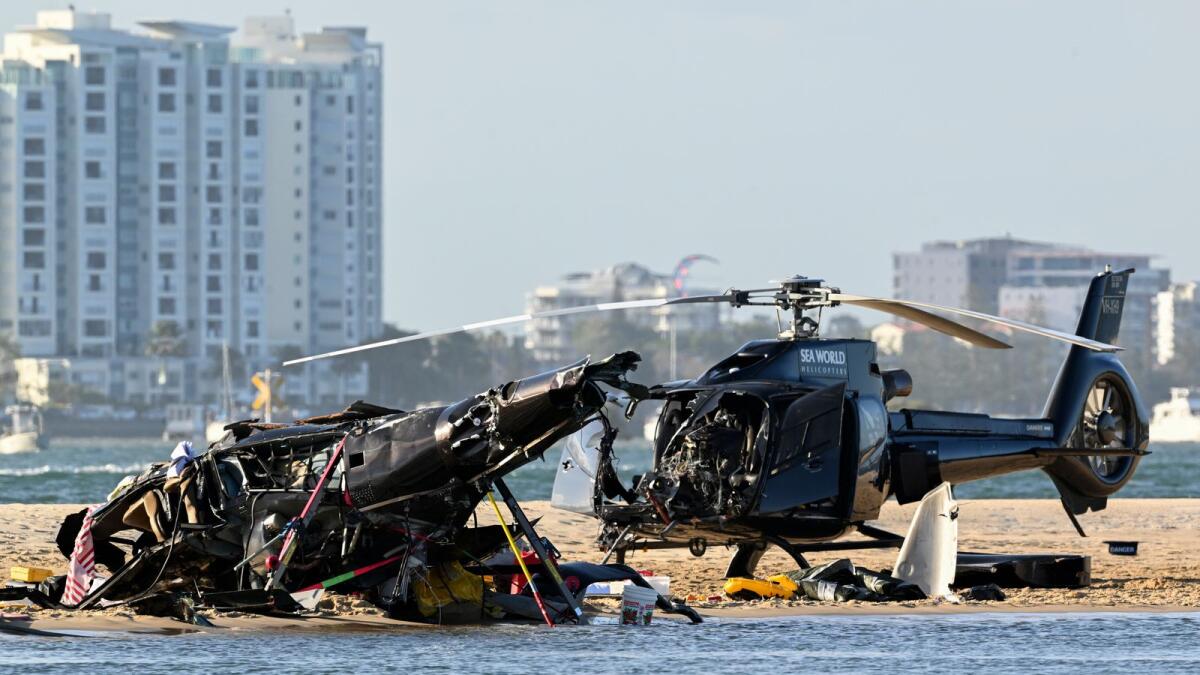 Two travellers from the United Kingdom were among four people killed in a mid-air helicopter collision near an Australian theme park that authorities say could have been much worse.

Queensland state police say two helicopters collided about 300 meters in the air on Monday afternoon as one was landing and another taking off near Sea World on Australia’s Gold Coast.

The helicopter that was taking off crashed, killing four of the seven aboard, including 40-year-old pilot Ashley Jenkinson and two visitors from the United Kingdom.

“So whilst it has been very tragic that four people have lost their lives and many families are mourning this morning, we could have had a far worse situation here and the fact that one helicopter has managed to land has been quite remarkable,” said Mitchell at a news conference on Tuesday.

The British High Commission did not immediately respond to requests for comment by email and phone.

The three survivors from the crashed helicopter, including two boys ages 9 and 10, and a 33-year-old woman, were taken to a hospital with serious injuries. The 10-year-old is in a critical condition. A 33-year-old and 9-year-old were seriously hurt, authorities say.

The ATB has launched an investigation into the crash alongside local police and expects a preliminary report within eight weeks.

Sea World Helicopters, which operated the aircraft involved in the crash, is independent of Sea World owner Village Roadshow Theme Parks and is closed until further notice, according to a statement on its website. Sea World was open on Tuesday.