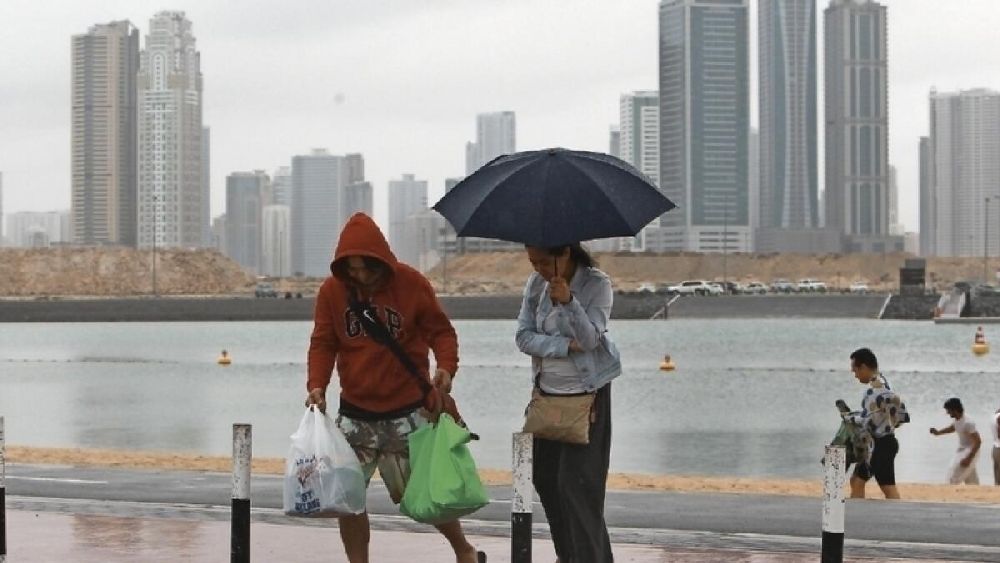 UAE residents can expect some respite from the intense summer heat the country has been seeing over the past week. The emirates recorded highs of 50°C over the last two days, but the weekend temperatures are expected to dip.

According to a five-day forecast issued by the National Centre of Meteorology (NCM), rains are likely to fall in some areas on Saturday, Sunday and Monday. The showers in the country’s east and south are expected to bring down the temperatures. 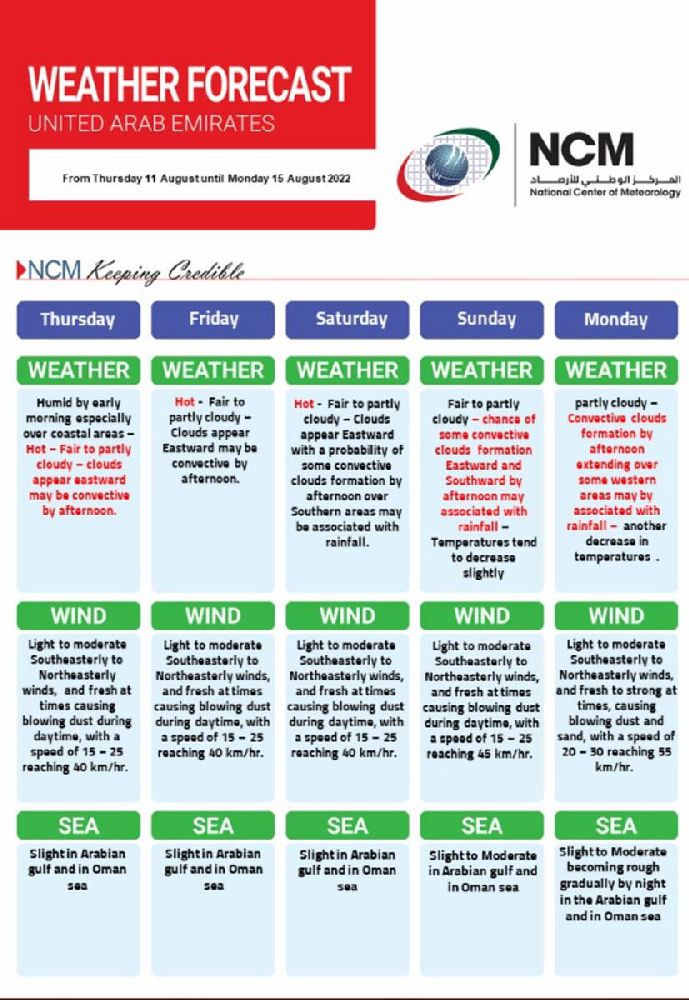 Cloudy conditions will persist over the weekend. Monday will see winds with speeds of up to 55kmph kick up dust and sand. The NCM reported light rains in Al Ain on Thursday.

The authority had earlier said that the country will be affected by an “air depression from the east”, with rains forecast to fall in the eastern and southern areas on August 14-17. The National Emergency Crisis and Disaster Management Authority (NCEMA) had issued a notice in this regard.

Heavy rains battered the country’s east recently, flooding several areas. Seven people were killed in the weather deluge. Hundreds of people had to be evacuated from their flooded homes and placed in temporary accommodations and hotels.