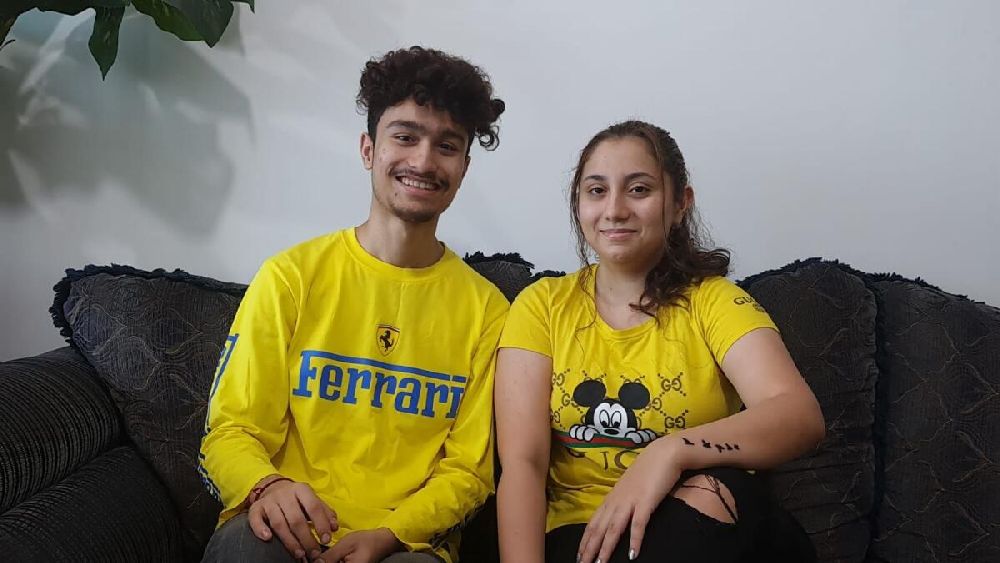 Twins Sai Vashnavi and her brother Sai Kiran from Abu Dhabi have again notched up matching scores in the CBSE exams.

Both scored 100 in computer science and 95 each in physics as the CBSE Grade 12 exam results were declared on Friday. Kiran got full marks in math too. Overall, Kiran bagged 97.6 per cent and Vashnavi got 94.4 per cent.

The students at Abu Dhabi Indian School Branch 1 in Al Wathba had hit identical percentages in Grade 10 exams as well, with Kiran at 94.4 per cent and his sister getting 94 per cent.

The twins were having breakfast, and their parents were on the way to work when the results were announced unexpectedly. Their mother Archina Jattu heard of the breaking news and immediately rang up the twins and her husband Ajay Jattu.

Kiran covered the results on his computer screen, only removing his hands to check his scores once his mother was ready to see them.

“I slowly moved my hands and saw 100 marks in mathematics. I was very happy. Overall, I got 97.6 per cent, which was more than expected. I thank the school and my teachers, especially Santhi Krishnan (computer science) and Remya Shijukumar (math),” said Kiran, whose marks also included 94 in English and 99 in chemistry.

“There was a shift of pattern from Term 1 to Term 2. We had to change our study patterns. Day and night, our teachers guided us in the best way possible. The school held several pre-board exams to prepare us well. There were many in-person exams to get us into the habit of writing on a table and in that environment.”

Vashnavi said there were several study materials and revision worksheets provided by the school, which helped boost her confidence ahead of the final exams.

“I got 94.4 per cent now; it’s similar to what I got in Grade 10. While returning from our yoga session in the morning, I was discussing with my friends about when our results would be out. We were expecting it to come by the end of the month or after the Grade 10 results,” said Vashnavi’s scores also included 95 each physics and chemistry, along with 87 in English.

“I thank my school and all my teachers, especially Geeta Balakrishnan, who taught me computer science. Teachers helped us a lot in the whole Grade 12 year. My parents also gave all assistance to bring the best out of us,” she added.

The twins’ parents are overjoyed and say their children will both pursue a bachelor’s in computer science with a specialisation in artificial intelligence at a university in the US or Canada.