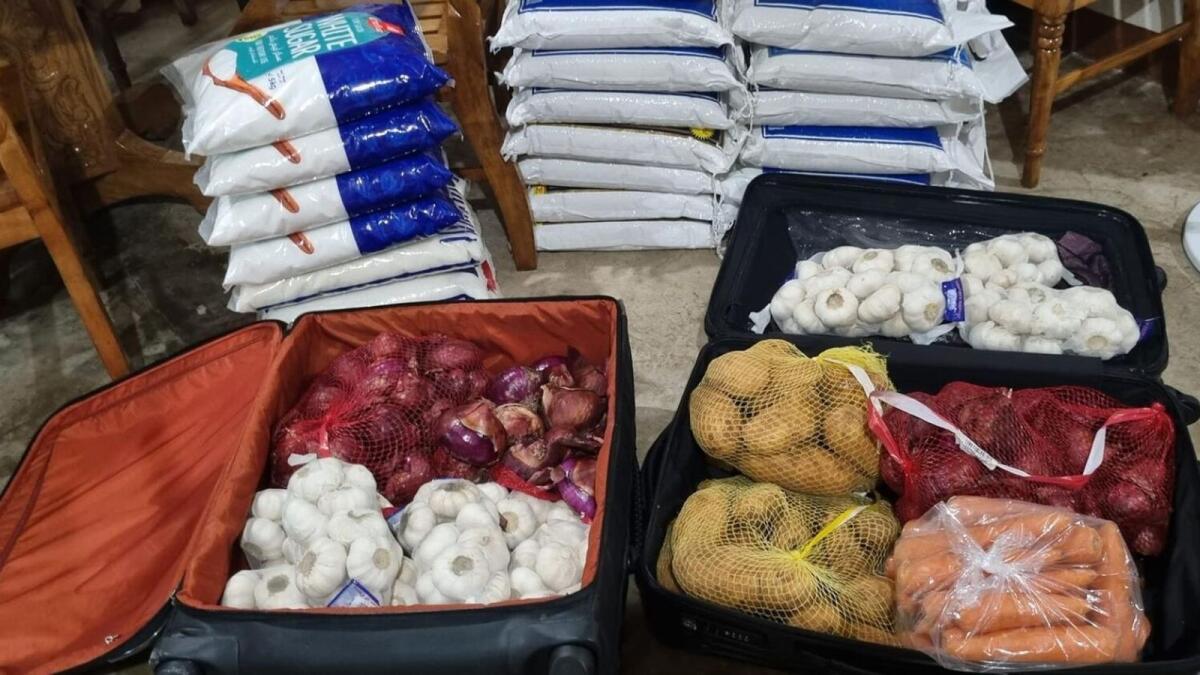 While many Filipinos in the UAE didn’t encounter any issues when they recently travelled with bags of onions in their suitcases, some remained hesitant, not sure whether they are allowed to bring home and share the prized commodity.

Expats asked: “What does the law say? Onions are not part of the banned items listed in most airlines’ guidelines; does it mean it’s okay to bring them into the Philippines? How many kilogrammes are we allowed to bring?”

Onions in the UAE — which can be bought for Dh2 per kilogram or even less — are a big hit with Filipinos in Manila, where the vegetable is being sold for up to Dh40 per kilogramme. “Sana all (Hope it’s the same for all),” they would tell their friends and family in Dubai and Abu Dhabi.

Packing onions together with perfume bottles, tea, and chocolate in a luggage initially sounded like a joke, but now, it has become a reality for a number of Filipino expats.

This emerging trend, however, comes with legal issues, said Nolet Fulgencio, agriculture attaché at the Philippine Consulate-General in Dubai and the Northern Emirates.

“Bringing onions in one’s luggage, even for personal use, is considered importation,” Fulgencio clarified. “And importation is done through a certain process, where various clearances have to be sought.”

To import crops like onions for personal purposes, a traveller will have to secure a plant quarantine certificate (PQC) from the Bureau of Plant Industry (BPI), she told Khaleej Times. Commercial importers, on the other hand, will have to obtain a sanitary and phytosanitary import clearance (SPIC).

These certificates, she explained, have long been part of importation requirements so that the Philippines can ensure that no pests or diseases can be brought into the country through agricultural products.

To get a PQC, expats in the UAE may e-mail [email protected] or ask their representatives back home to apply on their behalf at the head office of BPI’s National Plant Quarantine Services Division (NPQSD), Fulgencio said.

“What expats need to know, however, is that even if they do send an e-mail to the BPI, the authority is likely to tell them that onions cannot be flown from the UAE to the Philippines. It is not allowed,” the official said.

This is because only six countries are allowed to send onions to the Philippines —and the UAE is not one of them. Only India, China, Australia, Korea, the Netherlands, and New Zealand are on the list.

“While some may argue that there are onions in the UAE that are from India or China, the rule says the product has to come directly from these countries,” Fulgencio said, adding that the Emirates and the Philippines are yet to establish a bilateral agreement on importing agricultural products.

Any application for importation clearance and PQC will have to go through a chain of approvals and signatories.

Will there be a fine for violators?

Asked whether there are fines and penalties imposed on those bringing home onions without clearance, Fulgencio said: “This information will have to come from the Bureau of Customs (BoC).”

As far as the Department of Agriculture is concerned, however, “confiscation of products” is the immediate consequence.

“In the absence of a PQC or SPSIC…the consignment shall be held under BoC custody or transferred to PQS custody until documents are presented,” the NPQSD stated on its website.

The clearance procedures seek to ensure that the agricultural products are regulated and certified safe before being flown into the country. “Those that are not checked should not be allowed entry, so they have to be confiscated,” Fulgencio said.