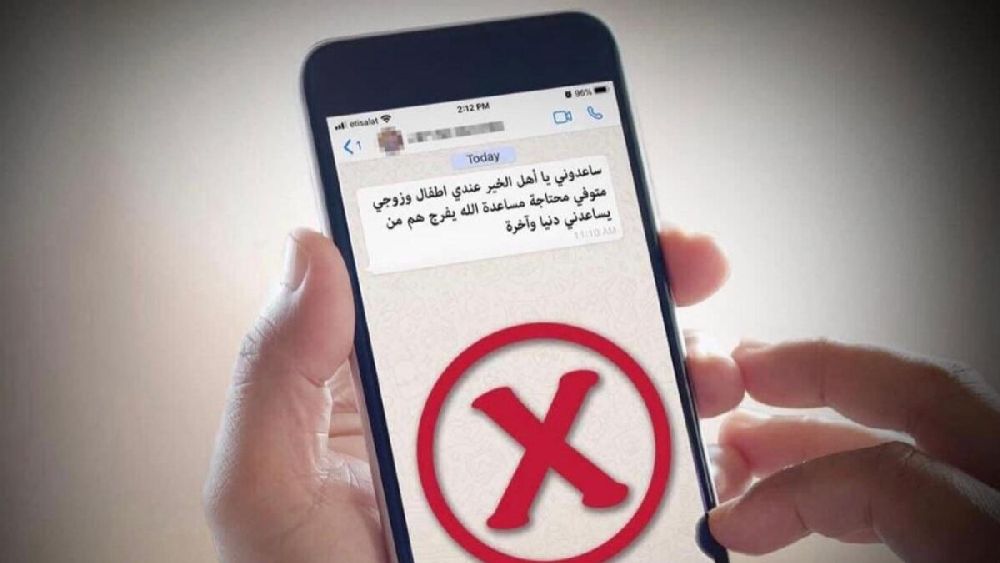 The Abu Dhabi Police have warned residents against online begging through emails, WhatsApp and other social media platforms that illegally seek help.

Authorities explained that it is a crime and in violation of the law. The scam is run by fraud gangs, targeting random members of society.

The authorities said such illegal acts are promoted by unknown people inside and outside the UAE and urged residents to be aware of new begging methods so they don’t fall victim to criminals.

The police asked people to ignore these fake requests, as a reply would elicit a continuation in their messages.

Residents have been urged to report such online requests to the competent authorities.

According to the police, begging is a crime and violates UAE law.

Officers explained that the penalty for begging is imprisonment for three months and a fine of not less than Dh5,000 or one of the two penalties.

The penalty for organised begging is imprisonment for six months and a fine of not less than Dh100,000.

Police said the reasons for begging and the increase in such instances around Ramadan were due to the failure of some members of society to report beggars, which would motivate them to continue with their illicit goals.

Electronic begging, according to officers, is similar to traditional begging, which includes propitiating people by misleading methods, narrating dramatic stories and fabricated accounts to trick victims, the police said.

The force has emphasised the continuation of their efforts to address this scourge, through campaigns, inspection, awareness and arrests.

The Abu Dhabi Police asked members of the public who receive such emails to contact the Command and Control Centre 999 and safety service at the toll-free number 8002626 (AMAN2626) or by text messages (2828) or via email ([email protected]) or through the smart application of the General Command of the Police Abu Dhabi.