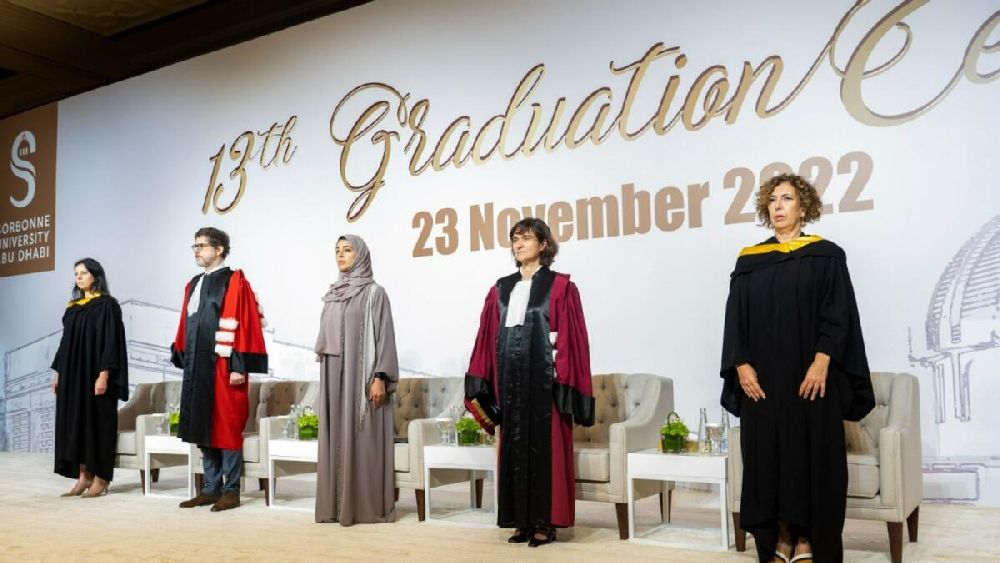 The UAE offers a world-class inclusive education system which supports students of all backgrounds to learn and grow, a minister has said during a university graduation ceremony held in Abu Dhabi.

Sorbonne University Abu Dhabi celebrated the graduation of its 13th cohort with Emirati graduates representing 54 per cent of the class of 2022, which included 233 graduates: 145 bachelors, 73 masters and 15 executive diploma graduates.

Reem bint Ebrahim Al Hashimy, Minister of State for International Cooperation and Sorbonne University Abu Dhabi’s chair of the board of trustees, commended the diversity of the class and stressed that it embodies the university’s motto: A bridge between civilisations.

“Adaptability is, of course, another strand of the DNA of the UAE. Like you, this nation is flexible and forward-thinking youthful, but not all that young anymore and unequivocal in its championing of empathy, understanding and collaboration. It is evident in the way in which we have built a world-class education system that leaves no one behind, powered by the ceaseless embrace of technology, underpinned by gender parity and inclusion, and given wing by unparalleled creativity and innovation,” the minister said.

“It is evident in the jobs that await our graduates here in the UAE, new opportunities in established and fast-emerging industries that only reinforce our blossoming reputation as a destination of choice for talent and a wellspring of the talent of tomorrow.”

The ceremony at Emirates Palace marked the first cohort batch of 35 graduates from the bachelor in records management and archival science.

Graduates of the batch included those from the departments of French studies, applied foreign languages, geography and planning, history, archaeology and history of art, law, economics and management, philosophy and sociology, science and engineering, and sports. 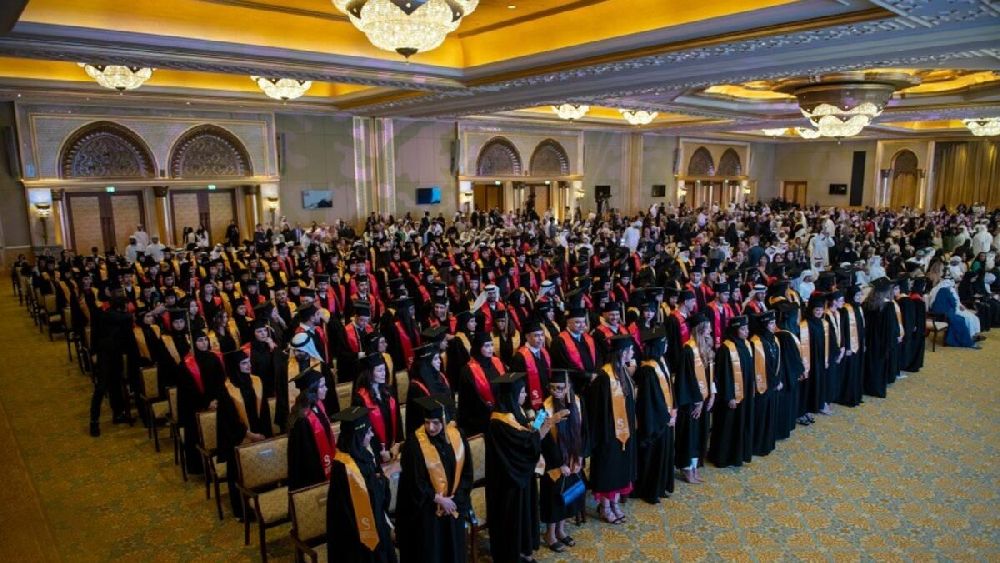 “At Sorbonne University Abu Dhabi, we are committed to maintaining the university’s tradition of excellence in French education and offering a multidisciplinary education that prepares future global leaders for major transitional challenges of tomorrow,” she said.

She explained how these efforts are a true testament of the university’s mission to offer excellent Francophone education opportunities with the aim of creating global leaders and thinkers, in promoting dialogue and in creating harmony among cultures and civilisations.

“There are approximately 65 different nationalities at Sorbonne University Abu Dhabi, and this diversity makes our campus life extremely rich and stimulating. Our students did not only gain academic knowledge, but they learnt what multiculturalism means and how to make the most out of it to succeed; they gained openness and knowledge of the world,” Professor Drach-Temam noted.