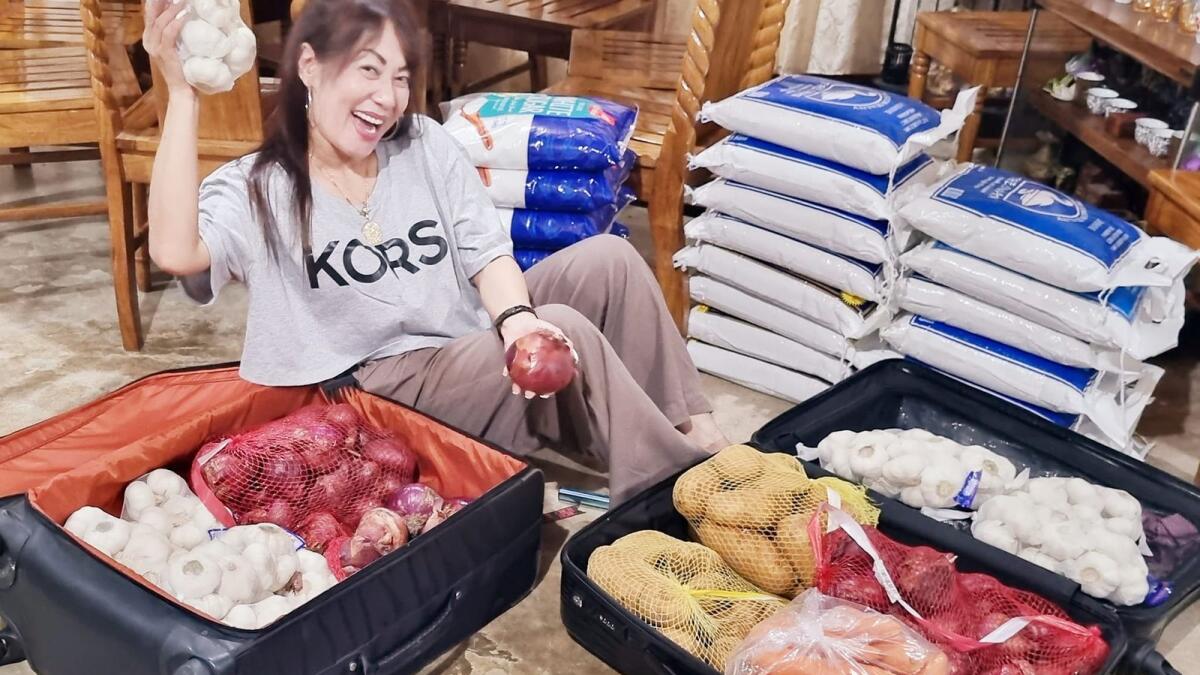 With onions now more expensive than beef and chicken in inflation-hit Philippines, expats in the UAE are doing what for them is the most sensible thing: Pack the staple vegetable into a suitcase and bring it home.

Onions are the new chocolates, say Filipinos who recently flew home for the holidays. Now, handing family and friends red onions as coming-home gifts is just as special as giving them bars of the finest chocolates.

“It’s the best pasalubong (coming-home gift),” said Jaze, a Dubai resident who travelled to Manila in December with 10kg of onions in her luggage.

“I told friends and relatives that I could give them only onions and garlic from Dubai as I wasn’t able to shop for other things. They were grateful for it! Considering the unbelievable prices of onions back home, they were very happy to get some for free,” the expat told Khaleej Times.

Jaze said that at a supermarket in Dubai, she was able to buy the onions for only Dh2 per kilogramme — a far cry from the retail prices back home.

Dina Gacula Odo, an admin officer in Dubai, also brought home 4kg onions, which she had cling-wrapped before placing in a box she checked in.

“While I was waiting for my flight at the boarding gate, many other Filipinos I flew with were talking about all the onions they had in their luggage. It’s now pretty common,” said Dina, who travelled on December 30.

Long-time Dubai resident Eva Cavalida went all out and bought as much as 15kg onions for her trip to the Philippines. She travelled with 2 pieces of luggage filled with vegetables — 15kg garlic, 10kg potatoes, 4kg carrots, and 2kg eggplant. 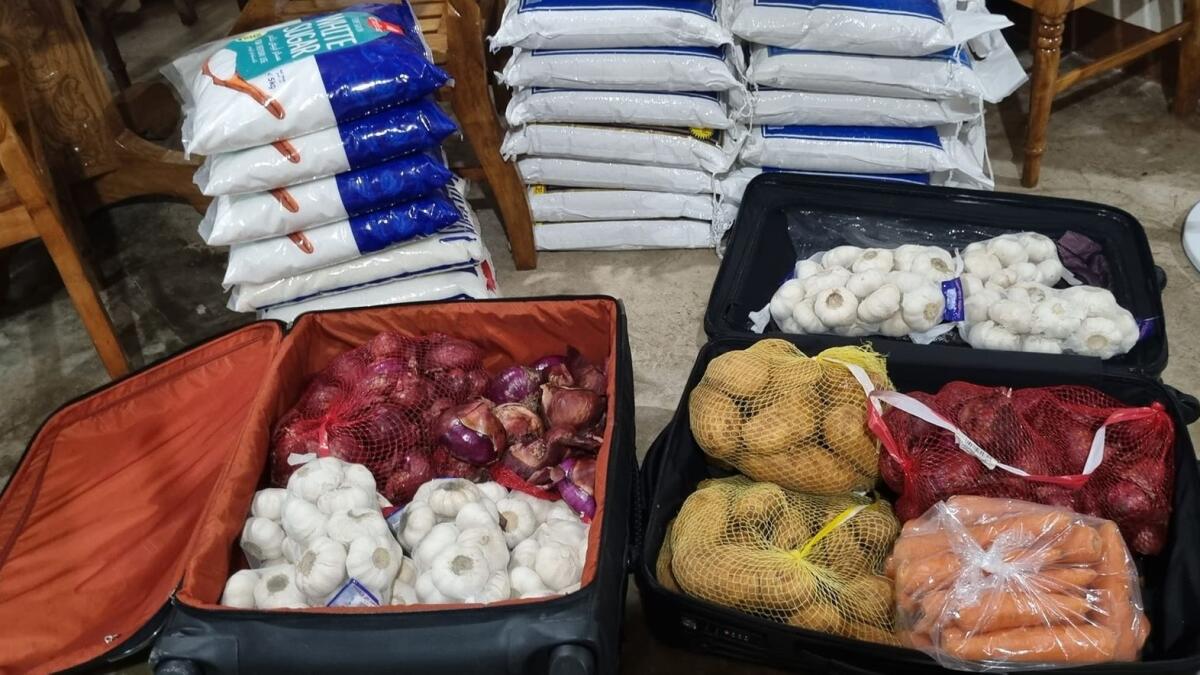 “I went home for the death anniversary of my daughter, so I had to cook for a gathering. I brought all these because I figured the onions were not only expensive but also too small back home. Besides, I wanted to have all the ingredients ready as soon as I landed. The quality of these products are also much better here in Dubai,” said Cavalida, a single mother who works as a fashion consultant.

Mitzi Panganiban had the opportunity to send some treats to her family through relatives who are going home. And along with tea and chocolates, she bought a bag of onions, too. Here’s a clip she shared:

All the expats Khaleej Times has interviewed for this story said they didn’t have any issues with the Philippines’ customs authorities upon their arrival at the airport.

However, one UAE resident, who was planning to buy over 5kg onions, changed her mind at the last minute after learning of one traveller’s experience.

“The passenger brought only 3kg onions, but the officers confiscated them. There was no other consequence,” she said. “Though the items wouldn’t really cost much, I wouldn’t want others to benefit from them.”

Bringing fresh or frozen unprocessed food into the Philippines may not be allowed — even “in quantities for personal use” — without prior clearance from the Department of Agriculture, according to a memo released by the Philippines’ Bureau of Customs (BoC) in 2015.

This restriction category may cover onions — however, clear guidelines on limitations, securing clearance, and other information are not readily available.

Some Dubai residents said they have been doing the practice way before the inflation crisis hit. Rizza Sebastian-Batingan said she and her family have been bringing such goods since 2013. Jacqueline Gayoso-Das, a business owner in the city, said that besides flying with 2kg onions in December, she was able to send 6kg via sea cargo in July and didn’t encounter any issues.

A call centre executive from the country’s flagship carrier Philippine Airlines said it is best to coordinate with the BoC — “but usually, the authorities are more lenient for travellers arriving in the country, compared to those who are flying out”.

(KT has reached out to relevant BoC departments but responses were still awaited at the time of publication.)