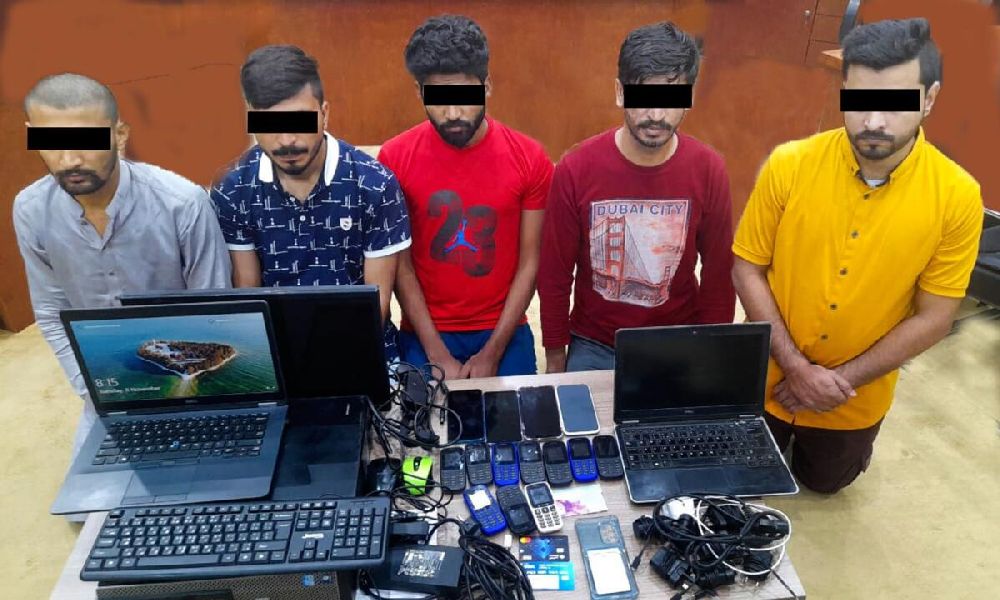 A gang of five men — who wiped out residents’ savings accounts by pretending to be bank employees — was arrested in Sharjah, police said on Thursday.

Col Omar Ahmed Balzod, director of Sharjah Police’s Criminal Investigation Department (CID), said these scammers would make random calls and tell their victims that they needed to update their bank details, adding that their accounts would be frozen if they didn’t respond.

Several reports about the fraud have reached the police, prompting the authorities to launch an investigation and track down the scam callers.

In an impressive operation, the CID team managed to locate the apartment that the gang was using as headquarters. They raided the flat and seized mobile phones, computers, and SIM cards which were believed to have been used in the fraud, Col Balzod said.

Legal measures have been taken against the suspects upon their arrest. The case has been referred to the Public Prosecution.

The CID director warned the public against such scams, stressing that these suspicious calls should never be entertained. Never share bank details or personal data with anyone, especially online or over the phone.

Those who do wish to update any information regarding their bank account should visit the nearest branch of the bank instead, the officer added.