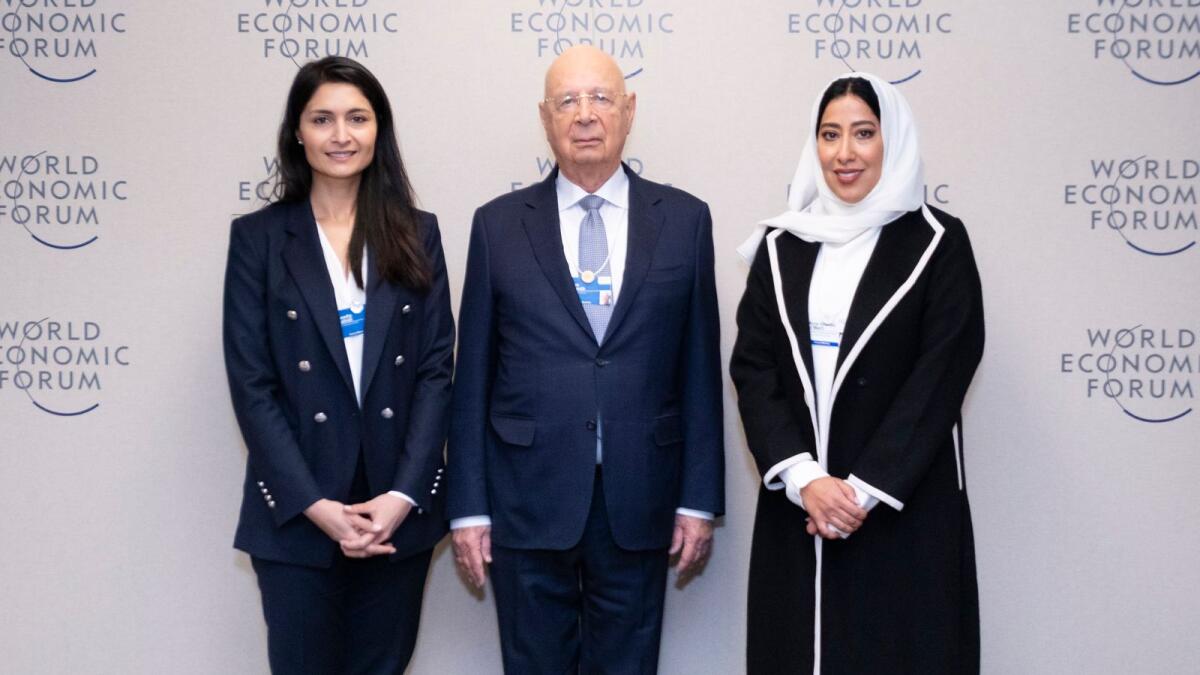 The World Economic Forum (WEF) announced that it has selected the UAE Gender Balance Council as a knowledge partner to advance gender balance globally.

The announcement recognises the UAE’s influential role in promoting gender balance in the Arab world.

The recognition reflects the UAE Gender Balance Council’s significant achievements, guided by the leadership’s vision to create an environment that empowers and enables women to succeed in their chosen fields and contribute to national development as equal partners.

She said the council’s initiatives reflect the UAE’s commitment to supporting global efforts to empower women at all levels and accelerate the achievement of sustainable development goals, as part of the vision of the UAE President, His Highness Sheikh Mohamed bin Zayed Al Nahyan, and His Highness Sheikh Mohammed bin Rashid Al Maktoum, Vice-President and Prime Minister of the UAE and Ruler of Dubai.

Sheikha Manal bint Mohammed said that being selected as the WEF knowledge partner is an endorsement of the UAE’s ability to set a global example for advancing gender balance and its emergence as a role model for the region in the field.

She added that since its establishment in 2015, the UAE Gender Balance Council has launched many initiatives and projects in cooperation with organisations both in the UAE and across the world to accelerate the country’s gender balance journey that began more than 50 years ago.

Schwab expressed his appreciation for the pioneering role played by the UAE. “The UAE is leading the region in women’s empowerment, and it has once again achieved the highest level of gender parity in the Arab world according to the Forum’s Gender Gap Report 2022. The UAE’s Gender Balance Council is a formidable knowledge partner whose inclusion in the work of our Centre for New Economy and Society will help to bolster the global movement to put gender parity at the centre of an equitable economic recovery.”

She reiterated the council’s commitment to continue working, in cooperation with the international community, to explore new approaches for raising women’s access to opportunities and their participation in the development process. She said the council is keen to share the UAE’s experience in advancing gender balance with other countries across the world.

The UAE Gender Balance Council is participating in the 52nd Annual Meeting of the World Economic Forum, being held in Davos, Switzerland, as part of the official UAE delegation. The event runs until 20 January.