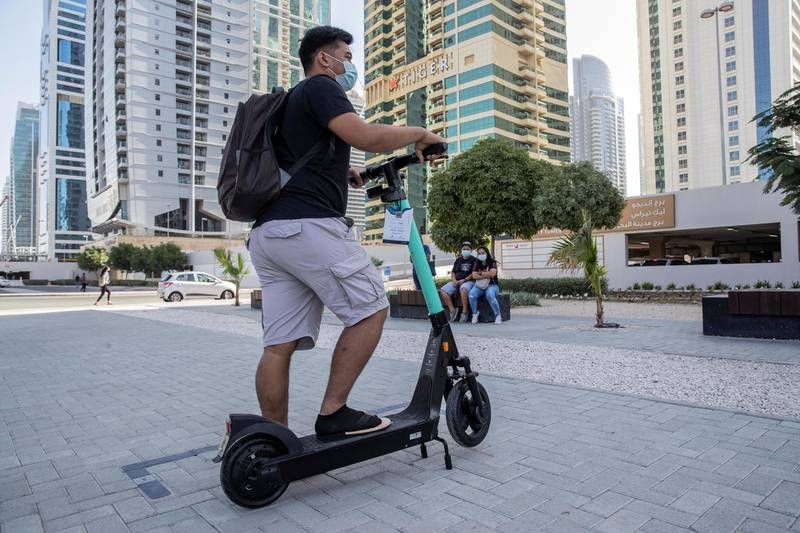 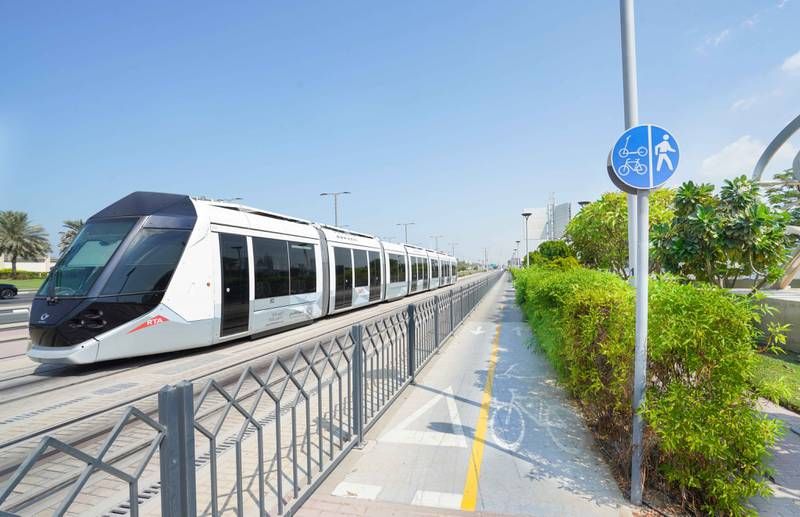 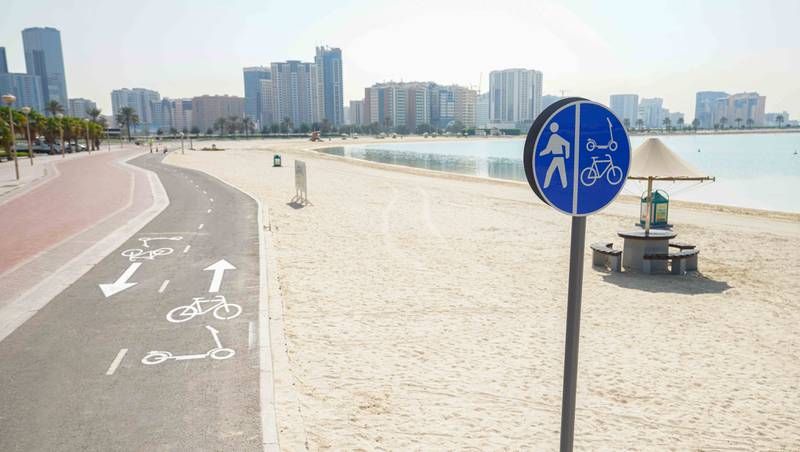 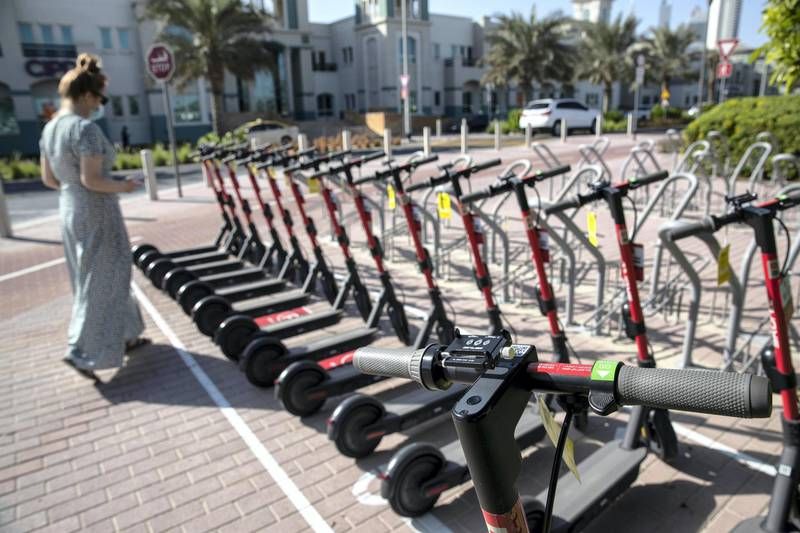 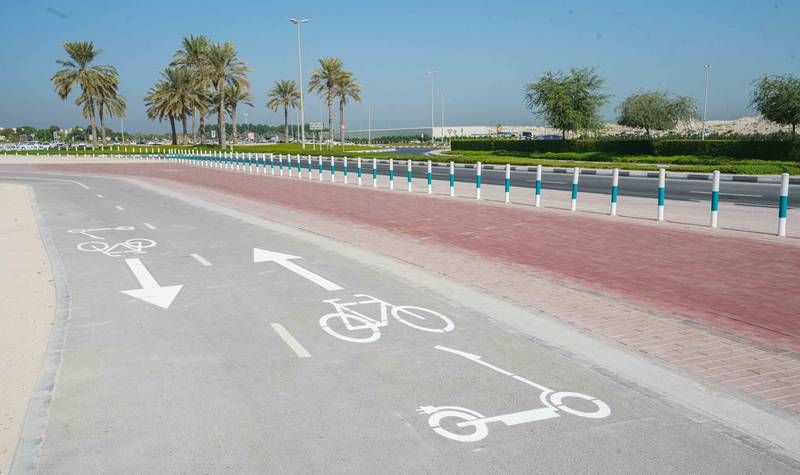 E-scooter trials were first introduced in five areas of Dubai in October 2020. Antonie Robertson / The National

Authorities have launched a nationwide programme to enhance the safety of e-scooter users and encourage riders to follow traffic rules.

The Federal Traffic Council, acting on behalf of the Ministry of Interior, introduced the Traffic Safety for E-scooter Users campaign, amid growing popularity of the mode of transport.

The initiative calls on people to use the electric vehicles on designated paths and zones and to wear helmets, knee pads and reflective clothing, especially when travelling at night.

Maj Gen Mohammed Saif Al Zafeen, chairman of the Federal Traffic Council, said the strategy will include safety messages being posted on social media — in Arabic, English and Urdu — while lectures and workshops will be organised.

Read MoreDubai e-scooter: how do I apply for a permit through RTA and do I need one?

“In our campaigns, we are keen to enhance awareness for all road users, including this category of electric bike users,” said Maj Gen Al Zafeen.

The safety drive comes after Dubai’s government issued new regulations to promote the safe use of the two-wheelers.

E-scooters were permitted in 10 districts and cycling tracks from last month under plans to extend the network of electric vehicles across Dubai.

Two-thousand vehicles, operated by four companies, have been made available for rent in areas identified as most likely to benefit from greater access to e-scooters.

But people who do not have a full driving licence must apply for a free e-scooter permit and pass an online test, available online at www.rta.ae.

Riders must be at least 16 and helmets are mandatory.

Anyone caught riding an e-scooter without a driving licence or permit could face a Dh200 fine. Other fines are in place for offences such as failing to use to specific routes (Dh200), riding on roads with a speed limit above 60 kilometres per hour (Dh300) and riding or parking e-scooters on paths designated for walking or jogging (Dh200).

Safety is paramount as E-scooter use surges

In January, a task force was set up to help ensure the safe use of electric scooters across the UAE.

A committee comprising members of the Federal Traffic Council was formed in response to reports of reckless behaviour from riders.

The Federal Traffic Council does not have ultimate decision-making powers in each emirate, but can make recommendations based on its findings.

The committee was established to work closely with relevant authorities to develop plans to regulate their use.

“Forming the committee followed observations of e-scooters being used in unsafe places and of riders disturbing other road users,” said Brig Ahmed Al Naqbi, director of the traffic and patrols department at Ras Al Khaimah Police at the time.

“It’s essential we organise the use of such vehicles through legislation that will protect members of the public.

“Their use should be restricted to the tracks dedicated for that purpose and users must wear protective gear, including helmets and reflective jackets, especially when driving at night.”

Authorities are keen to safely integrate e-scooters into the transport system as part of wider efforts to safeguard the environment.

An extended network of electric vehicles forms part of the UAE Energy Strategy 2050.

Launched in 2017, the strategy aims to increase the contribution of clean energy in the total energy mix from 25 per cent to 50 per cent by 2050 and reduce carbon footprint of power generation by 70 per cent.