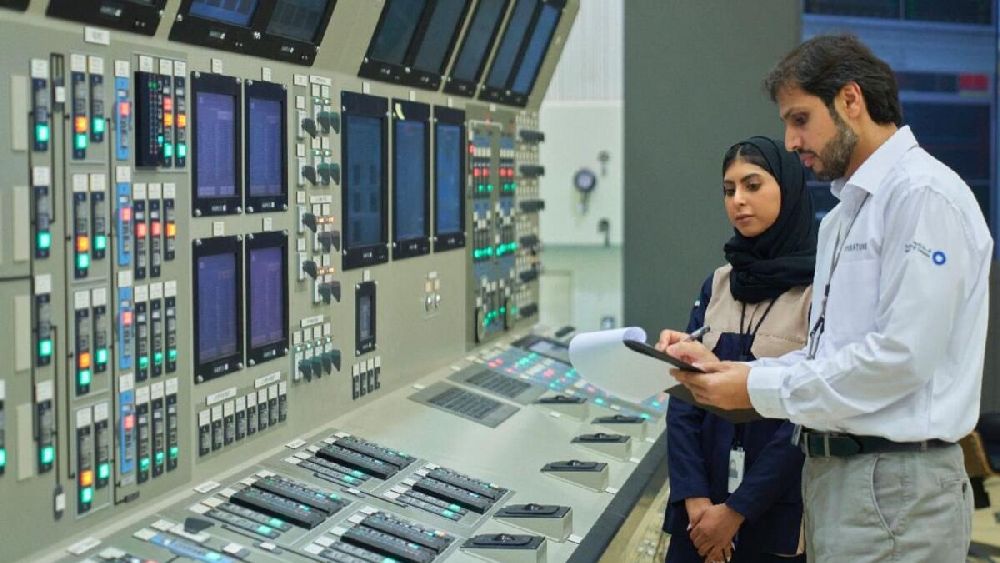 His Highness Sheikh Mohammed bin Rashid Al Maktoum, Vice President and Prime Minister of UAE and Ruler of Dubai, has congratulated the nation on the start of commercial operations at the second unit of the Barakah nuclear power plant .

‘We congratulate the UAE for its success in operating the second nuclear power plant in the Barakah area in Abu Dhabi. I congratulate all the workers and I congratulate 1,800 sons of the country, including engineers, operators and specialists. I congratulate my brother, Mohamed bin Zayed, for the historic national achievement.’

His Highness Sheikh Mohamed bin Zayed Al Nahyan, Crown Prince of Abu Dhabi and Deputy Supreme Commander of the UAE Armed Forces, also took to Twitter to congratulate UAE on the historic milestone in the country’s journey towards clean energy:

Unit 2 adds 1,400 megawatts of zero-carbon emission electricity to the national grid, bringing the total produced by Units 1 and 2 to 2,800 megawatts and further securing energy supply and advancing the UAE’s sustainability goals, a statement issued on Thursday said.

This new milestone takes Enec and its subsidiaries to the halfway mark of delivering on its commitment to supply up to a quarter of the country’s electricity needs, reliably powering the economy by generating clean electricity 24/7 and significantly contributing to the UAE’s Net Zero by 2050 initiative.

With Unit 2 commercially operational, the Barakah Plant, the first multi-unit operating Plant in the Arab World, is leading the largest decarbonization of any industry in the region, delivering thousands of megawatts of carbon-free electricity every single day.

His Excellency Mohamed Ibrahim Al Hammadi, Managing Director and Chief Executive Officer of ENEC, said: “The Barakah Nuclear Energy Plant is a sustainable powerhouse for the UAE. The start of commercial operations at Unit 2 doubles the Barakah Plant’s generation of emissions-free electricity, enabling rapid decarbonization of the UAE’s power sector in pursuit of Net Zero 2050. With Unit 2 reaching commercial operations less than 12 months after Unit 1, we have demonstrated the UAE’s megaproject capabilities, building institutional knowledge to enhance delivery to the highest standards and offer a successful case study for other nations looking to diversify their energy portfolio using a proven and sustainable technology.”

When its four units are commercially operating, the Barakah Plant will produce up to 25 per cent of the UAE’s electricity needs and will prevent about 22.4 million tons of carbon emissions annually, equivalent to the emissions of 4.8 million cars. The Barakah Plant significantly boosts the UAE’s energy security through domestic clean electricity generation.

By 2025, the plant will be responsible for generating more than 85 per cent of Abu Dhabi’s clean electricity making it the biggest contributor to reducing Abu Dhabi’s carbon emissions by 50 per cent by the middle of the decade.

Nasser Al Nasseri, the Chief Executive Officer of Barakah One Company, ENEC’s subsidiary in charge of representing the financial and commercial interests of the Barakah Plant project, said: ”Today is an integral day for the delivery of the Barakah Nuclear Energy Plant project with the commercial operations of Unit 2, we are now selling double the volume of electricity to the Emirates Water and Electricity Company (EWEC) per the Power Purchase Agreement signed in 2016.”

The commercial operations of Unit 2 were completed with the continuous support of EWEC and the Abu Dhabi Transmission and Dispatch Company (TRANSCO).

The Barakah Nuclear Energy Plant, located in the Al Dhafra region of Abu Dhabi, is one of the largest nuclear energy plants in the world, with four APR-1400 units. Enec is also providing talented UAE youth with the skills, capabilities and experience necessary to become the future leaders of the nation’s growing peaceful nuclear energy sector.

The UAE’s third nuclear reactor’s operating license will be issued this year as the country seeks to produce clean energy in line with its 2050 zero emissions target, the country’s nuclear regulator has announced.

Earlier this year, the UAE Federal Authority for Nuclear Regulation (FANR) said that it expects to issue the operating license for Unit-3 of the UAE’ Barakah nuclear plant in 2022.