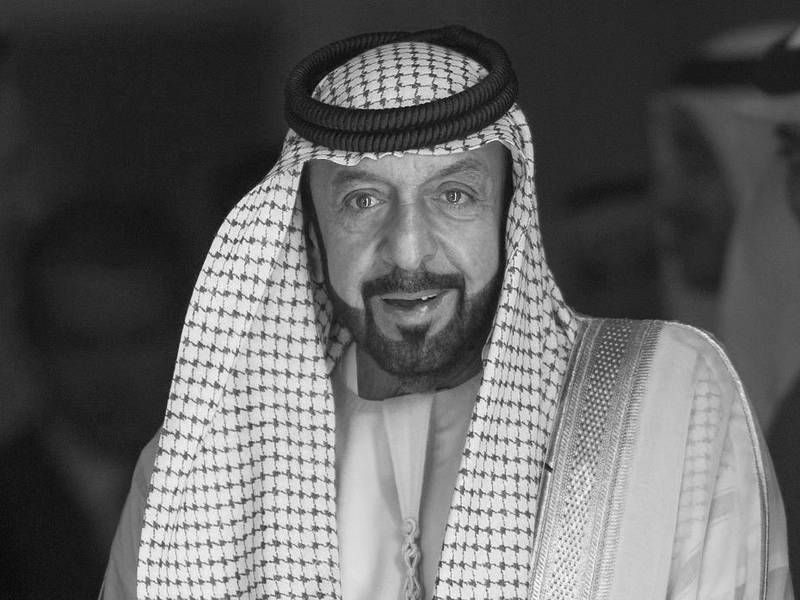 The President of the UAE, Sheikh Khalifa, has died. Photo: Ian Jones

UAE leaders have paid tribute to the President, Sheikh Khalifa, who died on Friday at the age of 73.

The news was announced by state news agency Wam. Funeral prayers were performed today after maghrib prayer in all mosques across the country.

“With great sadness, we mourn the death of our leader and President Sheikh Khalifa bin Zayed Al Nahyan. I pray to Allah Almighty to grant him peace in Paradise,” he said.

“Sheikh Khalifa was a dedicated leader who served and loved his people, a love they reciprocated, and we ask Allah Almighty to grant us solace and patience.

“I knew him before the establishment of the UAE and we have worked together along with the Founding Fathers, the late Sheikh Zayed bin Sultan Al Nahyan, and the late Sheikh Rashid bin Saeed Al Maktoum, and when he assumed leadership, he launched an empowerment programme and supported the process of development.

“His giving to the country was unlimited and he was preoccupied with enhancing citizens’ well-being.

“The achievements of the late His Highness Sheikh Khalifa are countless and he was an exemplary successor to Sheikh Zayed, further adding to his achievements.

“He was generous, kind, wise, respectful and loyal. The country has suffered a great loss today, but we shall be compensated by the presence of His Highness Sheikh Mohamed bin Zayed Al Nahyan, Crown Prince of Abu Dhabi and Deputy Supreme Commander of the UAE Armed Forces, and his brothers.”

“The people of the Emirates are united in grief as we mourn the loss of our leader and President, Khalifa bin Zayed,” he wrote.

“My brother and mentor, and the UAE’s first son, we were blessed by your strength, wisdom and leadership. May God have mercy on your soul and may you rest in peace.”

The people of the Emirates are united in grief as we mourn the loss of our leader and President, Khalifa bin Zayed. My brother and mentor, and the UAE’s first son, we were blessed by your strength, wisdom and leadership. May God have mercy on your soul and may you rest in peace.

Sheikh Dr Sultan bin Muhammad Al Qasimi, Ruler of Sharjah, said: “The state has lost an outstanding leader, a wise man and a very virtuous person. He was dedicated to his country, his religion, his nation and the world at large.”

“Today, the UAE bids farewell to its leader and a national icon, Sheikh Khalifa bin Zayed. He was a man with a generous soul and a champion of tolerance. The late Khalifa bin Zayed will go down in history as one of the world’s greatest leaders. I pray to Allah Almighty to grant my brother, my friend and partner, eternal peace,” he said.

“Today, the UAE bids farewell to its beloved leader, Sheikh Khalifa bin Zayed, a man with a generous soul and champion of tolerance. The late president will remain a bright beacon for future generations. I pray to Allah Almighty to grant him eternal peace and to rest his soul in Paradise,” he said.

“With hearts that believe in God’s judgment and destiny, we mourn to the UAE people and the entire world the death of the leader of the journey, Sheikh Khalifa bin Zayed Al Nahyan,” he said.

“May God make our and your reward great in this affliction. We pray to God to raise his abode in heaven, grant him the highest ranks in paradise, and grant us solace and patience.”

Sheikh Saif bin Zayed, Deputy Prime Minister and Minister of Interior, said: “May God have mercy on Sheikh Khalifa bin Zayed Al Nahyan, a great leader who carried the trust faithfully, won the love of his people and brought to his country the love of the world, so the Emirates became a lofty beacon.”

“Today, we bid farewell to an inspirational leader and President, a brother and a teacher, who led the nation with dedication, laid down the foundation of the UAE’s renaissance and was a role model of morality, kindness and giving. I pray to Allah Almighty to grant Khalifa bin Zayed eternal peace,” he said.

“To God we belong and to Him we shall return. It is not easy to mourn a leader the size of a nation and a man who spent his life elevating his people and the glory of his country,” he said.

“He was an outstanding leader who followed the footsteps of late Sheikh Zayed, the man of goodness. May God have mercy on our leader and father, Sheikh Khalifa bin Zayed Al Nahyan.”

“May God have mercy on our dear deceased and leader of the homeland, Sheikh Khalifa bin Zayed. The homeland has lost the father of all and the man of humanity. May God forgive him and have mercy on him and bring him into your vast gardens.”

Sheikh Tahnoun bin Mohammed, Ruler’s Representative in Al Ain Region, said: “We belong to God and to Him we shall return. We mourn a symbol of wisdom, giving and rational leadership, Sheikh Khalifa bin Zayed.”

Sheikh Abdullah bin Zayed, Minister of Foreign Affairs and International Co-operation, said the country has bid farewell to the righteous son of the Emirates.

“With hearts satisfied with the decree of God, we bid farewell to the leader [who put the country on] the path of leadership and empowerment. May God bless you with his mercy,” he said.

Sheikh Sultan bin Mohammed Al Qasimi, Crown Prince and Deputy Ruler of Sharjah, said: “It is with great sadness and pain that we lost today an Arab and national symbol, Sheikh Khalifa bin Zayed Al Nahyan, President of the State, may God have mercy on him.”

Sheikha Latifa bint Mohammed, chairwoman of the Dubai Culture and Arts Authority, said she mourns the death of the father of the nation, Sheikh Khalifa bin Zayed.

“To Allah we all shall return. Our nation cries for its beloved leader who was a father to all. We pray that Allah blesses the soul of Sheikh Khalifa bin Zayed with his mercy and grant us solace and patience.”

Sheikh Ahmed bin Saeed, president of the Dubai Civil Aviation Authority, called Sheikh Khalifa “one of the knights of building our union”.

“May God have mercy on Sheikh Khalifa bin Zayed Al Nahyan and grant him the highest paradise for what he offered to his people and nation,” he said.

Sheikh Ahmed bin Mohammed, chairman of the Dubai Media Council, said: “After a long journey of giving and benevolence to his people and his nation, we bid farewell to our father and our leader, Sheikh Khalifa bin Zayed Al Nahyan.

“May God have mercy on his soul, accept him, raise his abode in heaven and do good to him as he did good to his people, his country and the Arab and Islamic nations, leaving fingerprints of goodness in the east and west of the earth.”

Mohammed Al Gergawi, UAE Minister of Cabinet Affairs, said the country has lost an outstanding leader loyal to his people and country.

“He was the patron of the UAE’s development process and followed in the footsteps of his late father, Sheikh Zayed. He devoted his life to his people and his state, devoted his time to society and raised it, and consolidated the foundations of the union,” he said.

“He was able to strengthen the UAE’s global position, raise the standard of living, continued with comprehensive development, promoted sustainable stability and achieved national and global achievements. May God have mercy on him.”

Hussain Al Hammadi, Minister of Education, said Sheikh Khalifa’s death is not only a loss to the UAE but to the entire world.

“His goodness reached all corners of the world. He empowered the vulnerable and the poor without discrimination on the basis of religion, race or colour. His journey was a continuation of the late Sheikh Zayed, the UAE’s Founding Father.”

Mohamed bin Hadi Al Hussaini, Minister of State for Financial Affairs, said: “We mourn the death of the leader of our nation, President His Highness Sheikh Khalifa bin Zayed Al Nahyan, who strengthened the pillars of the Union and contributed his wisdom to the prosperity of our nation. Under his wise leadership, the UAE attained key milestones and maintained a strong position globally.”

Suhail Al Mazrouei, the UAE’s Minister of Energy and Infrastructure, said: “The UAE has lost an exceptional leader who devoted his life to serving his country, people and humanity. He was a distinguished leader who was characterised by wisdom, humanity and charitable work.”

The Ministry of Presidential Affairs announced that there will be 40 days of official mourning with flags at half-staff, and three days during which ministries and official entities at the federal and local levels would be closed, in addition to the private sector. 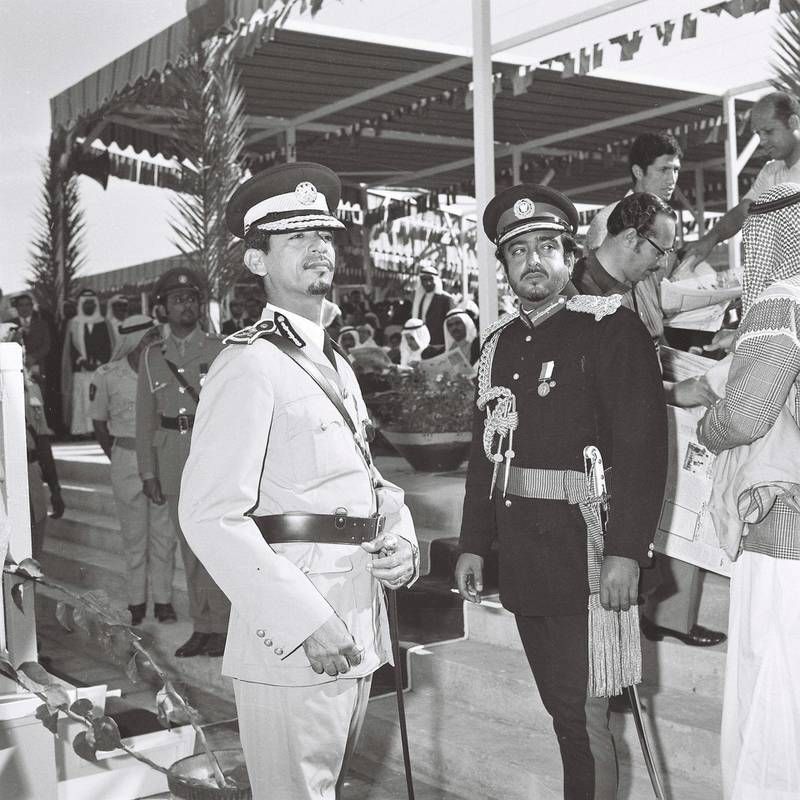 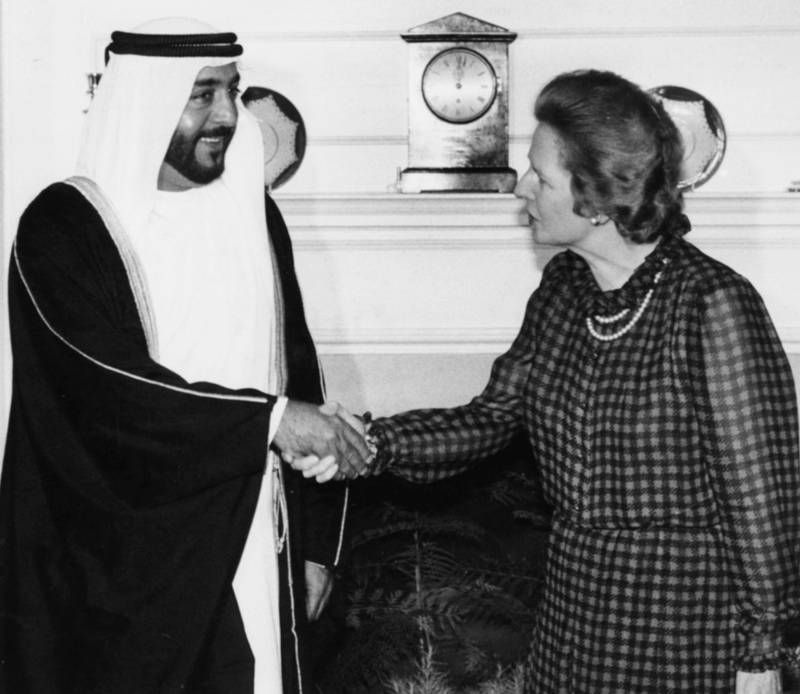 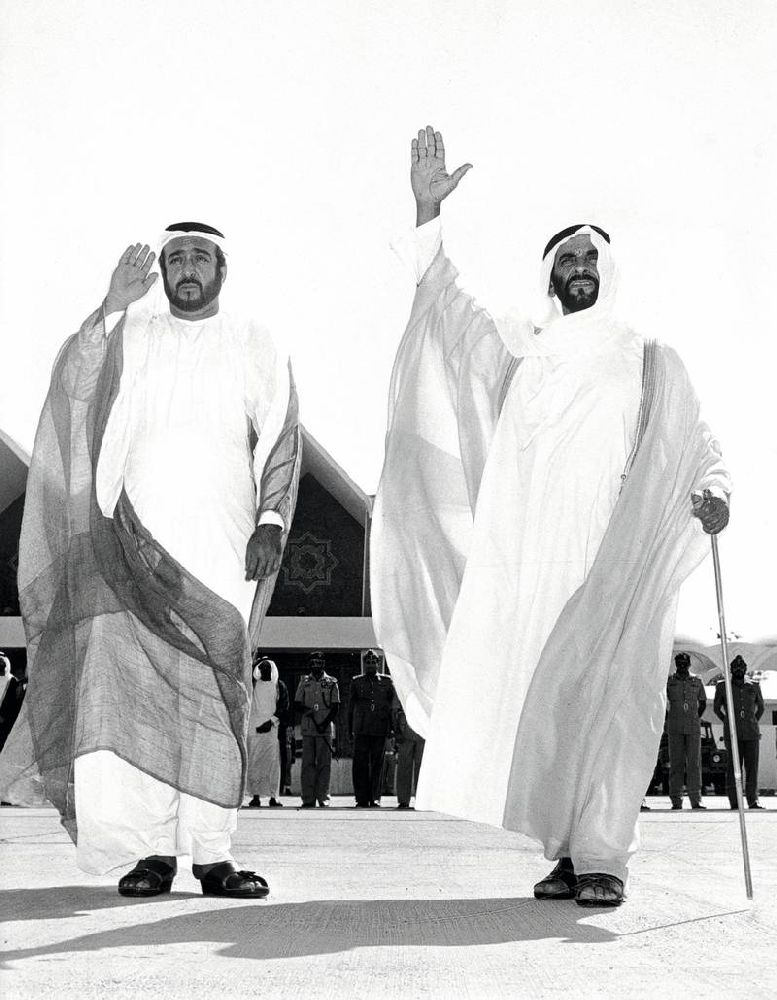 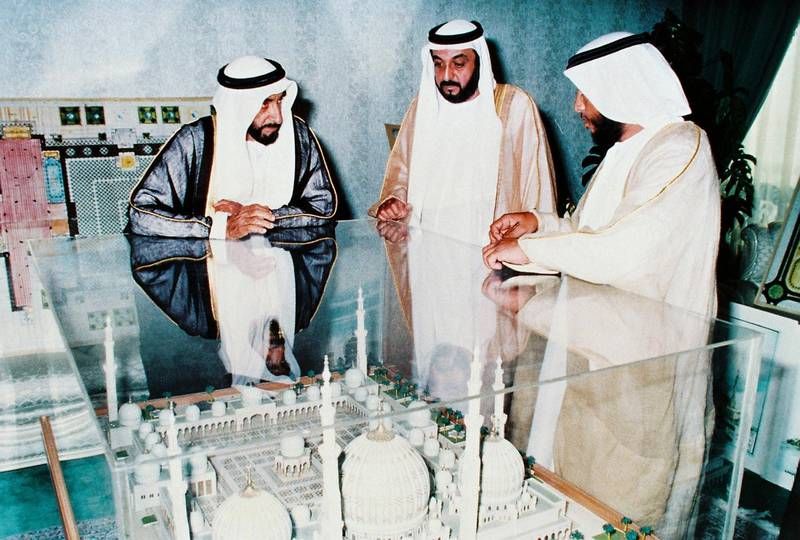 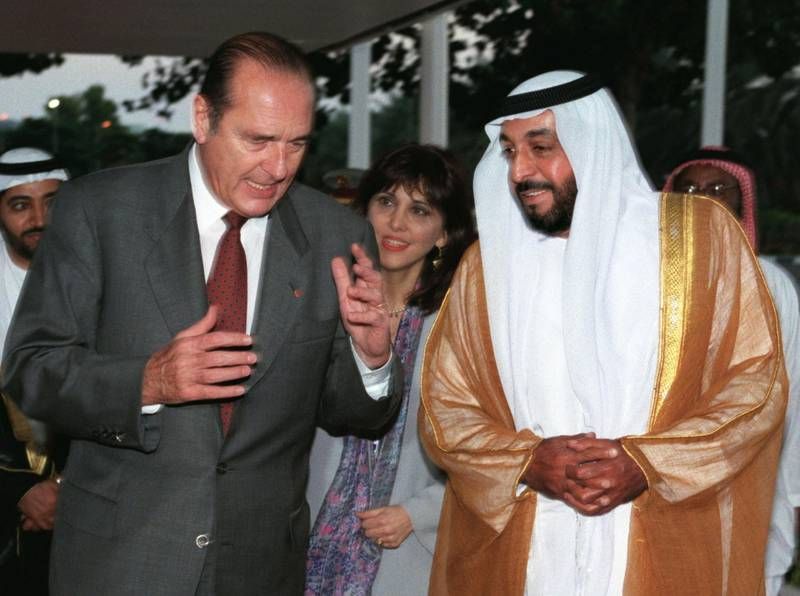 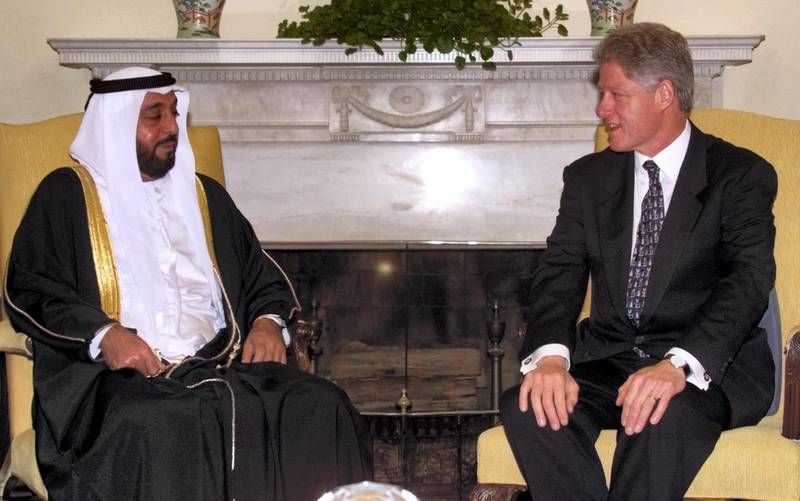 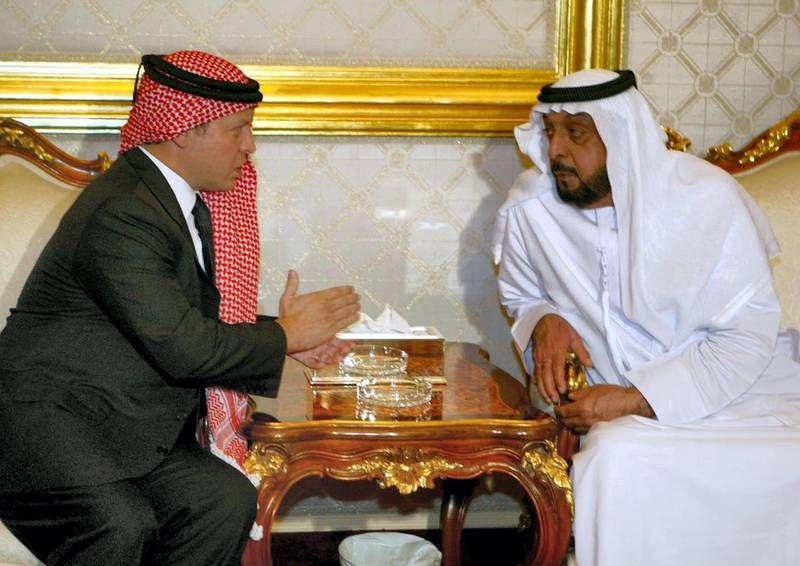 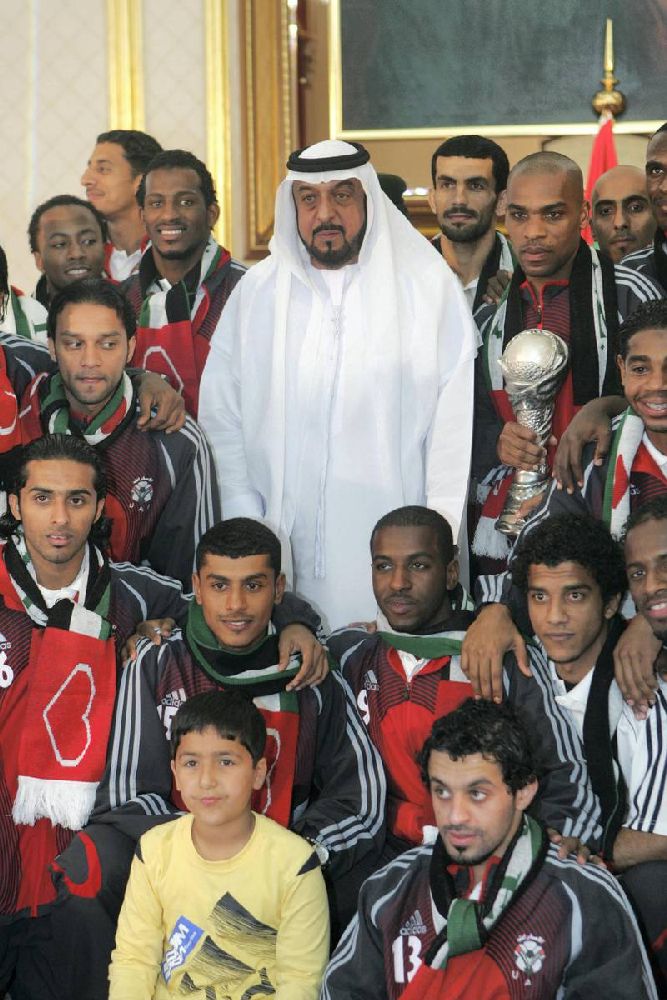 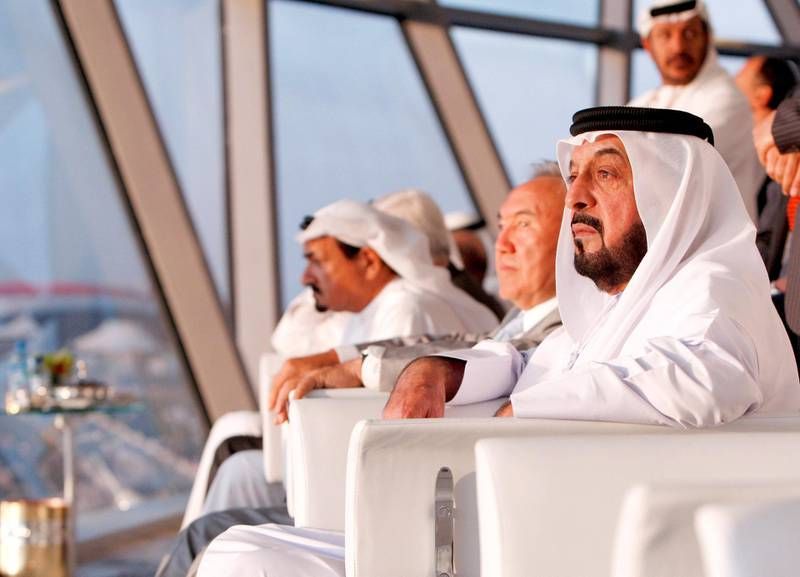 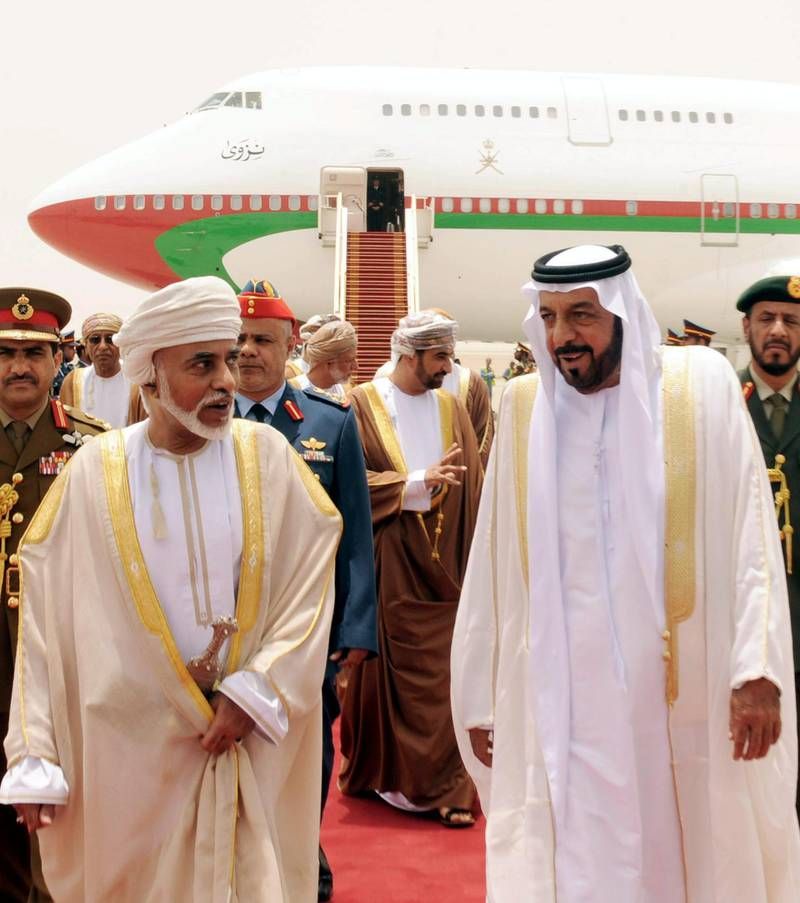 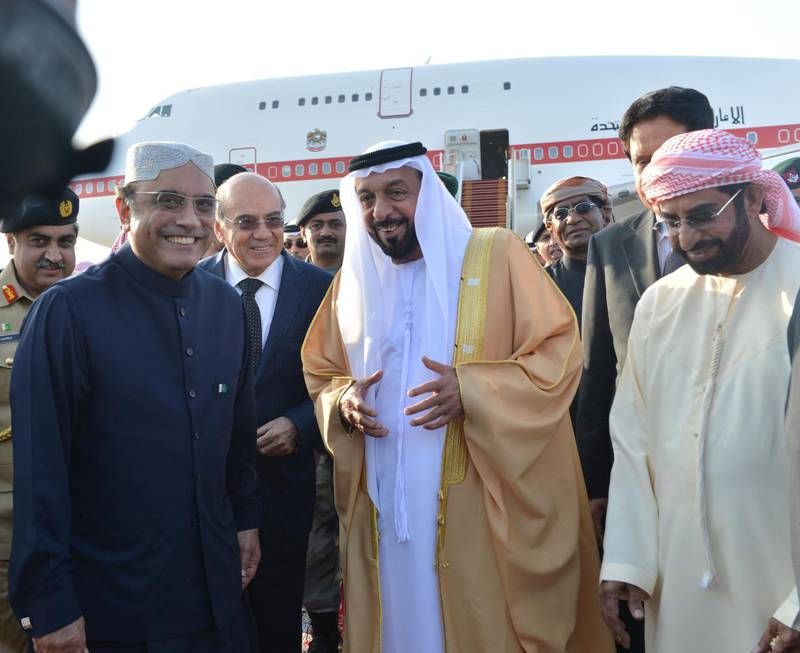 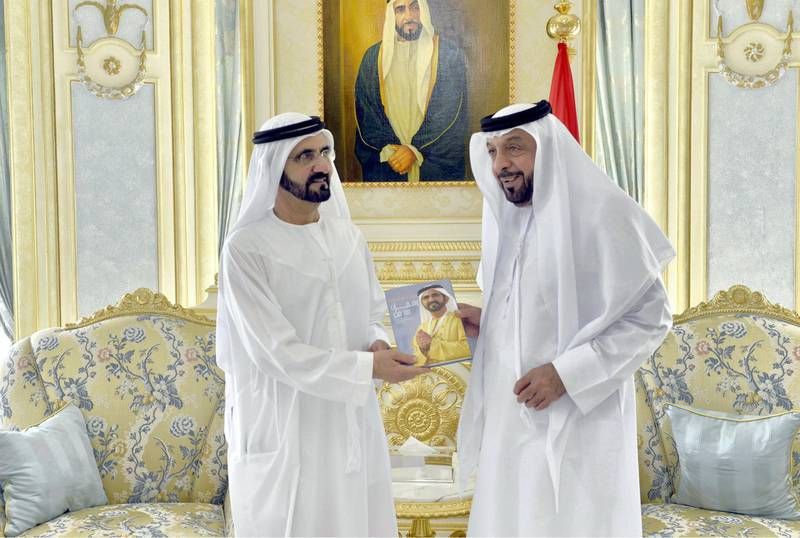 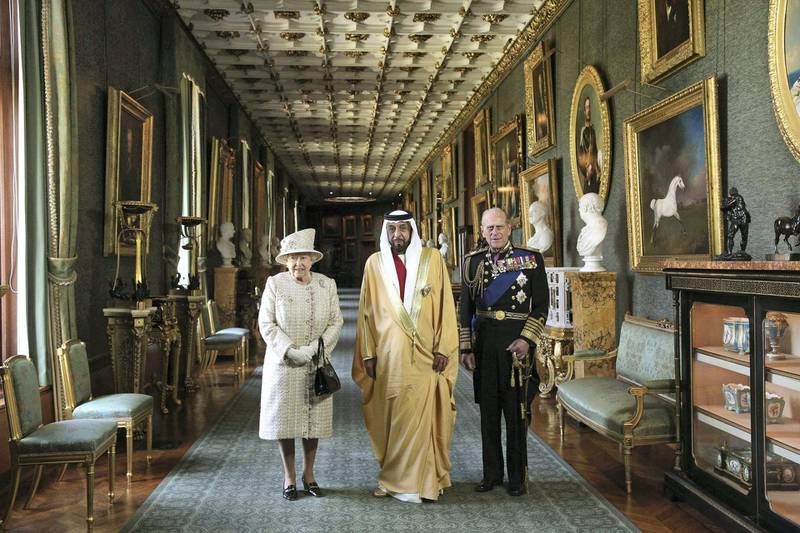 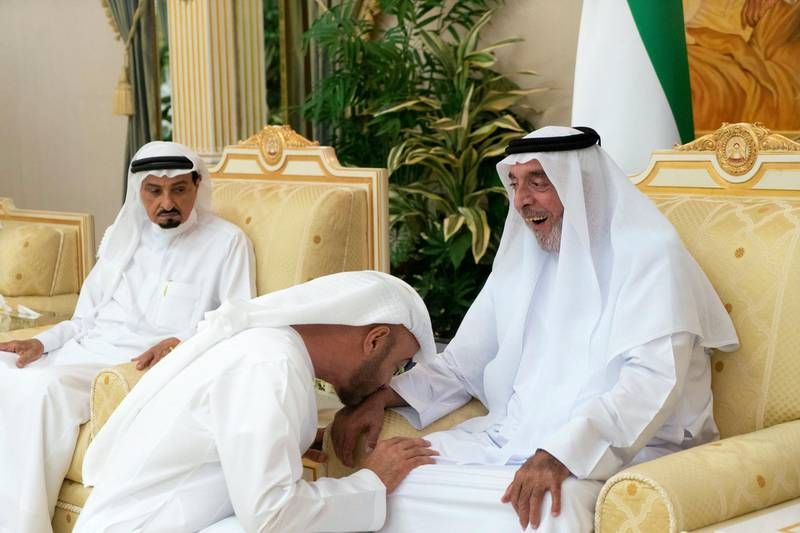 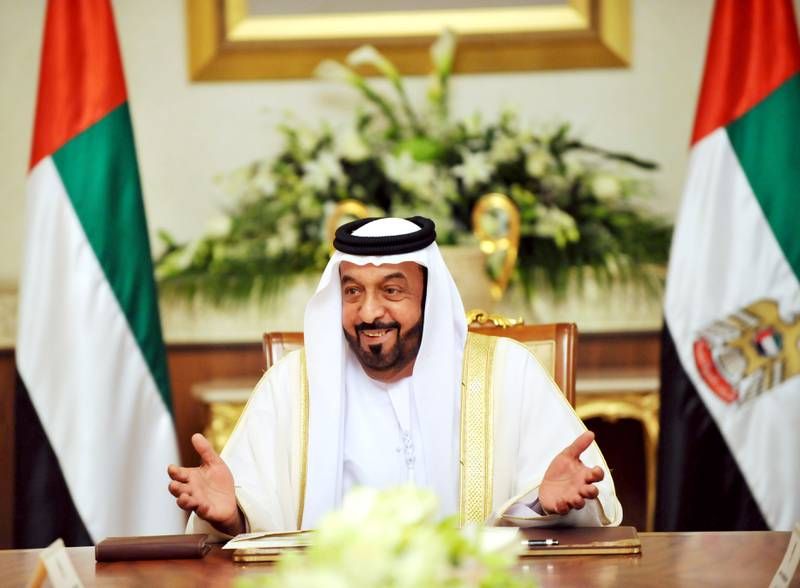 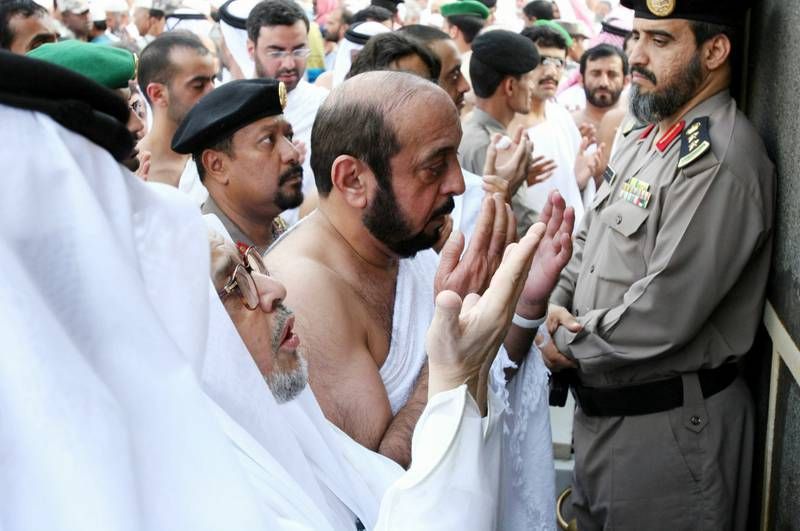 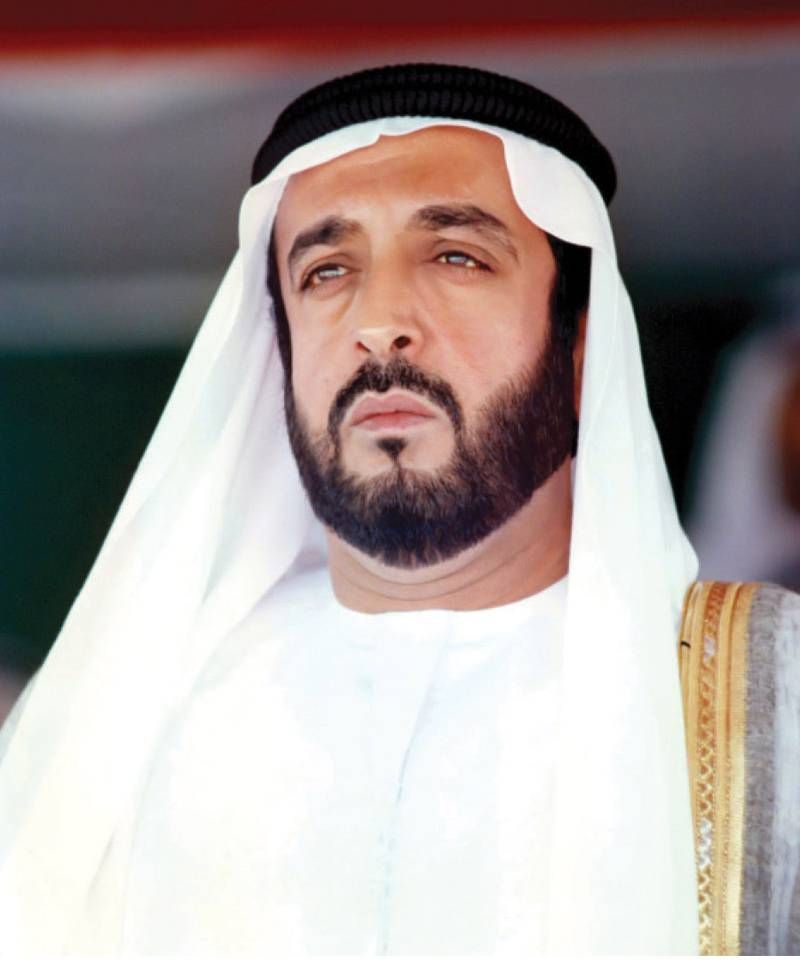