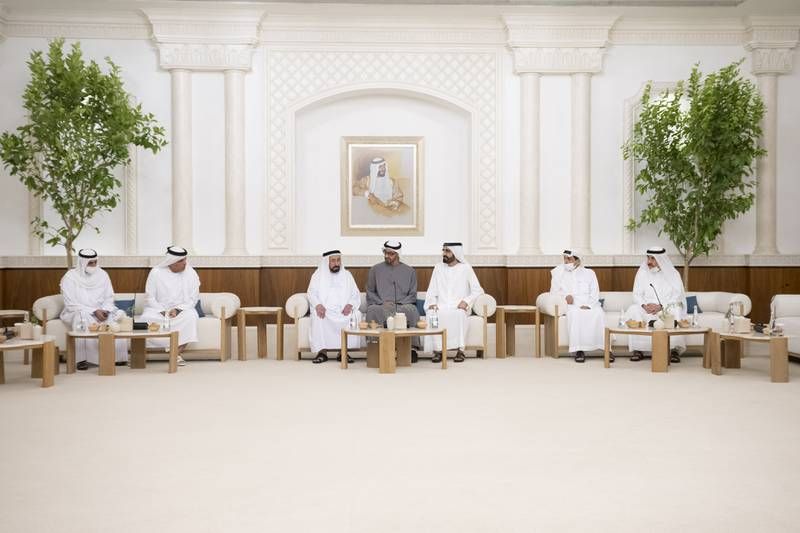 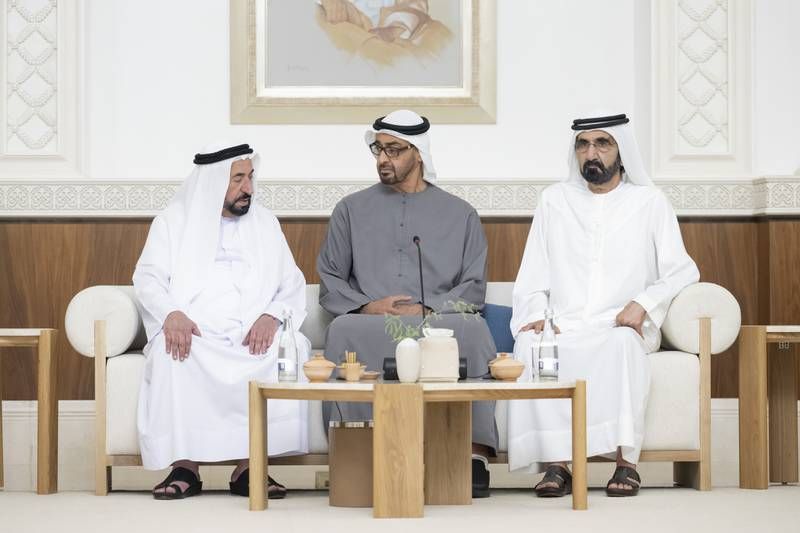 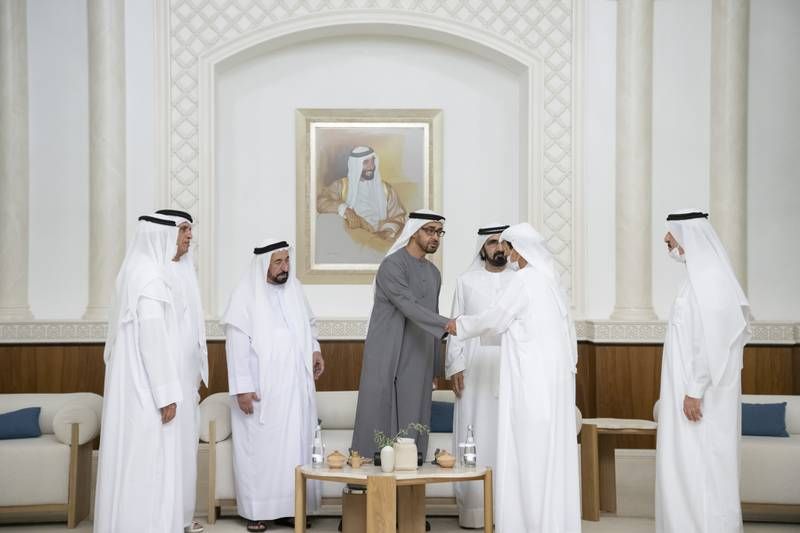 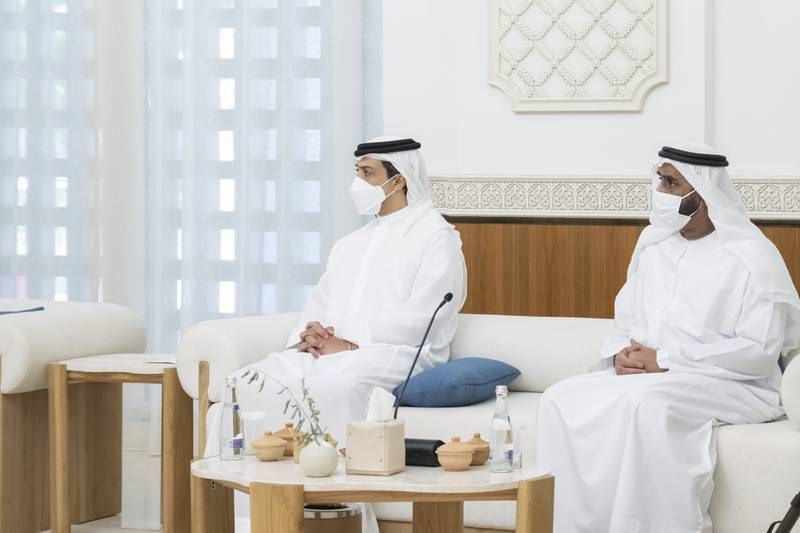 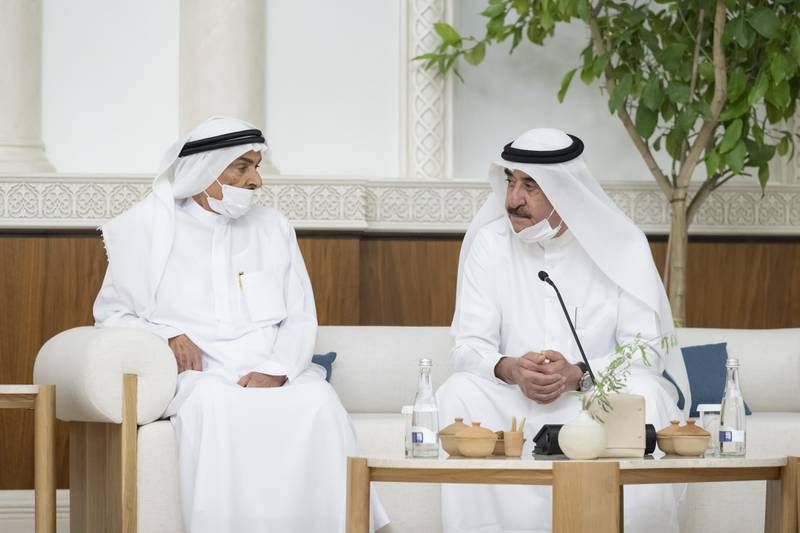 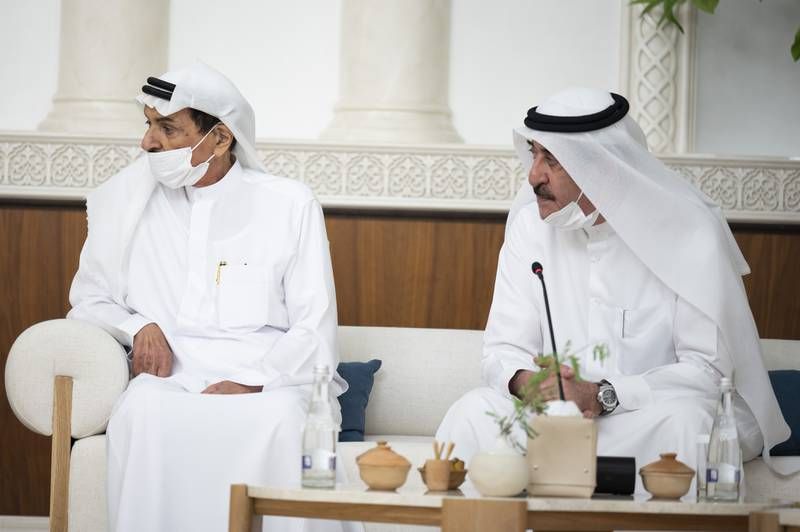 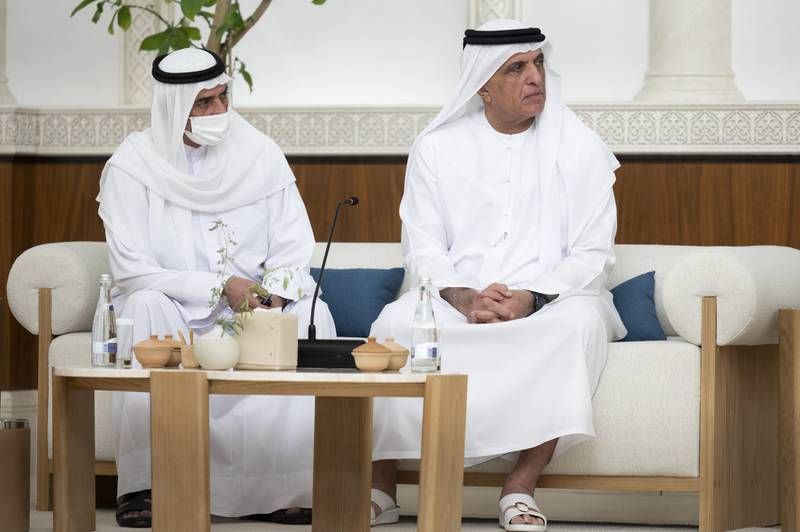 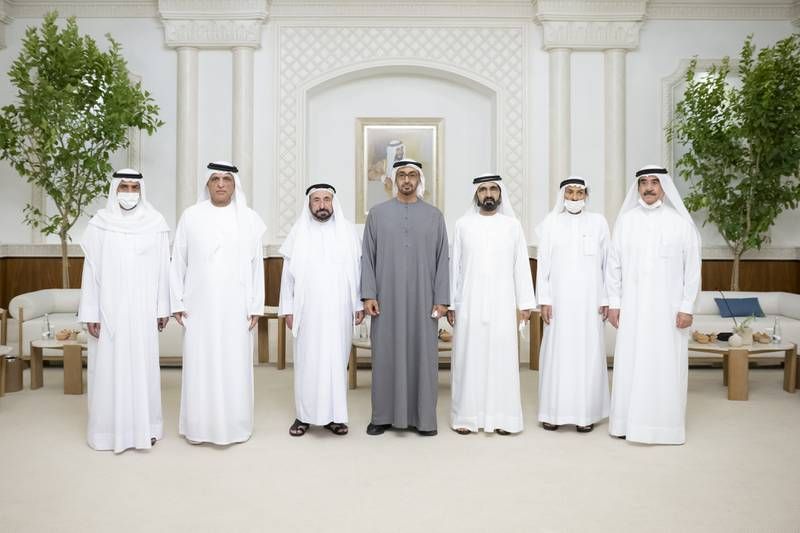 The rulers of the emirates, various sheikhs and ministers have offered their congratulations and loyalty to the new president, Sheikh Mohamed bin Zayed.

The Federal Supreme Council unanimously elected Sheikh Mohamed to the role on Saturday.

A poignant letter, shared online by Sheikh Mohammed bin Rashid, Vice President and Ruler of Dubai, looked back on Sheikh Mohamed’s public service and ahead to new ambitions.

“For many years, the people of the UAE have loved him,” Sheikh Mohammed wrote of the new president.

QuoteWith your leadership we begin a historic journey, filled with achievements and hopeSheikh Abdullah bin Zayed, Minister of Foreign Affairs and International Cooperation

“They loved him for his generosity kindness, and compassion for his people.

“They saw him cure their sick, help their distressed, support their children, console their martyrs, and think and plan for their future generations.

“They saw him visit their homes, motivate them at their work fields, welcome them in his frequented council, and saw him launch development projects and new industries and establish economic national sectors and leading international companies throughout many years of service to his country and people.

“Today, his people pledge allegiance to him, promise to listen and obey, and follow him while he leads them in a new historical journey in UAE. The future generations rejoice in the third president of the UAE, and the world is pleased with a country that represents a future international model characterised by goodness and brotherhood to all of humanity,” Sheikh Mohammed said.

“We congratulate His Highness again and the people of the UAE.

“We pray God to protect him.

“We tell him: Take us to new heights. We are part of you and alongside with you. We are optimistic about the future of the UAE, which will be the most beautiful and the greatest.”

“We affirm our permanent solidarity in serving the nation and preserving its union under his wise leadership.”

Sheikh Humaid bin Rashid Al Nuaimi, Ruler of Ajman, welcomed the election of Sheikh Mohamed as President and the continuity it will bring to the UAE.

“The election of His Highness Sheikh Mohamed bin Zayed Al Nahyan assures the continuation of the country’s path as it advances politically, economically, socially and culturally,” Sheikh Humaid said.

“I congratulate His Highness and wish him continued success, and the people of the UAE progress and prosperity under his wise leadership.”

Sheikh Hamad bin Mohammed Al Sharqi, Ruler of Fujairah, said: “His Highness Sheikh Mohamed bin Zayed is a generous and loving leader. He is the protector of our country, a partner and a brother to all the people of the Emirates.

“Today, this election comes as a continuation of the country’s development path and the consolidation of prestige that the UAE assumed during the era of the Founding Father, the late Sheikh Zayed, and the rule of Sheikh Khalifa bin Zayed Al Nahyan.

“I congratulate His Highness and wish him great success, and reaffirm the absolute trust of the UAE’s people in his leadership.”

Sheikh Saud praised the vision of Sheikh Mohamed bin Zayed and his “tremendous efforts and unlimited support in what the UAE has achieved at the local, regional and global levels”, Wam reported.

Sheikh Saud bin Saqr Al Qasimi, Ruler of Ras Al Khaimah, said: “At this historical stage of our story, we affirm our support to President His Highness Sheikh Mohamed bin Zayed Al Nahyan, and we pledge to work under his wise leadership to achieve more progress and prosperity, and lead the country towards a bright future that meets the aspirations of its people.”

Sheikh Mansour bin Zayed, Deputy Prime Minister and Minister of Presidential Affairs, said: “We swear allegiance to you as our president, the leader of our journey and the cornerstone of our development.

“You were always a role model of leadership. Your plans for the UAE’s path will lead to a bright future, one that is safe and prosperous.”

Sheikh Saif bin Zayed, Deputy Prime Minister and Minister of Interior, said: “You are the protector of the nation and the leader of its path, the brave knight of peace, and a man of tolerance and humanity.”

Sheikh Abdullah bin Zayed, Minister of Foreign Affairs and International Co-operation, said: “Nations are built and they thrive by the hands of men.

“My brother and leader His Highness Sheikh Mohamed bin Zayed, the President of the country, we swear allegiance to you and promise you obedience.

“With your leadership we begin a historic journey, filled with achievements and hope.”

Sheikh Tahnoun bin Zayed, National Security Adviser, said: “We congratulate His Highness Sheikh Mohamed bin Zayed Al Nahyan, President of the State, may God protect him, and we ask Almighty God to grant him success in continuing the path of goodness and giving to the UAE and its people.”

Dr Sultan Al Jaber, Minister of Industry and Advanced Technology, said: “The UAE’s flag will wave with pride under His Highness’s rule. We will continue on the path of great achievements on all fronts.”

Sheikh Tahnoun bin Mohammed, the Ruler’s Representative in the Al Ain Region of Abu Dhabi, said the people promise loyalty and effort on the road to prosperity for the UAE.

Sheikh Hamdan bin Zayed, the Ruler’s Representative in Abu Dhabi’s Al Dhafra region, said: “My brother, your highness Sheikh Mohamed bin Zayed Al Nahyan, we swear loyalty to you. With your guidance, the nation and its people will continue on the journey of giving and greatness.”

Sheikh Hazza bin Zayed, Deputy Chairman of Abu Dhabi Executive Council, said Sheikh Mohamed is “the guardian of this journey, and under his wise leadership the people of the UAE will move forward to glory and greatness”.

Omar Al Olama, Minister of State for Digital Economy, AI and Remote Working Systems, said that Sheikh Mohamed would be the “best successor to the best predecessor”.

Dr Ahmed Al Tayyeb, Grand Imam of Al-Azhar and chairman of the Muslim Council of Elders, said: “While sympathising with my dear brother, His Highness Sheikh Mohamed bin Zayed Al Nahyan, over losing his brother, the late Sheikh Khalifa, I would like to congratulate him, and pray to Allah Almighty to grant him the strength to succeed as the UAE’s president and leader, and pick up the torch from his wise brother in serving his country and nation and spreading justice and good.” 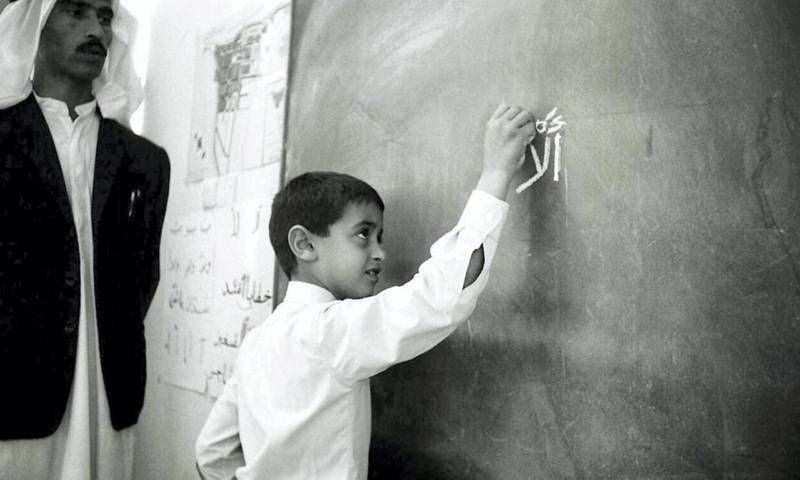 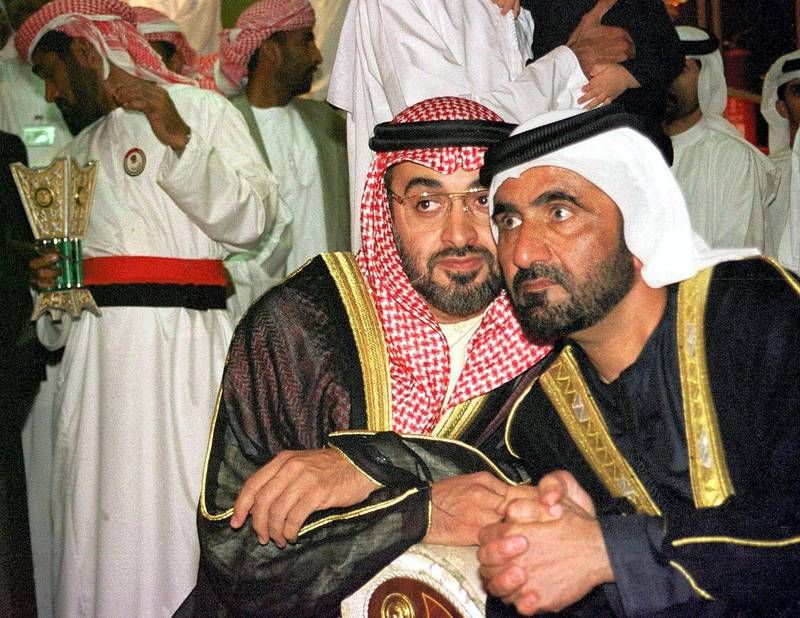 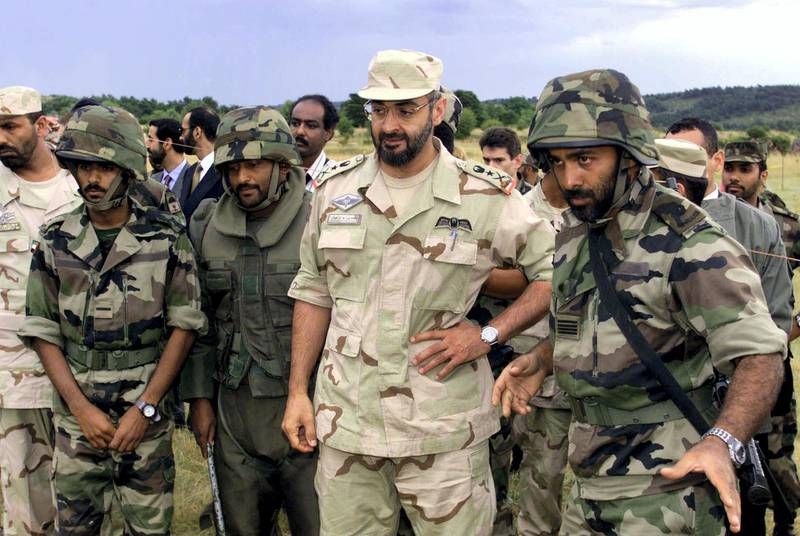 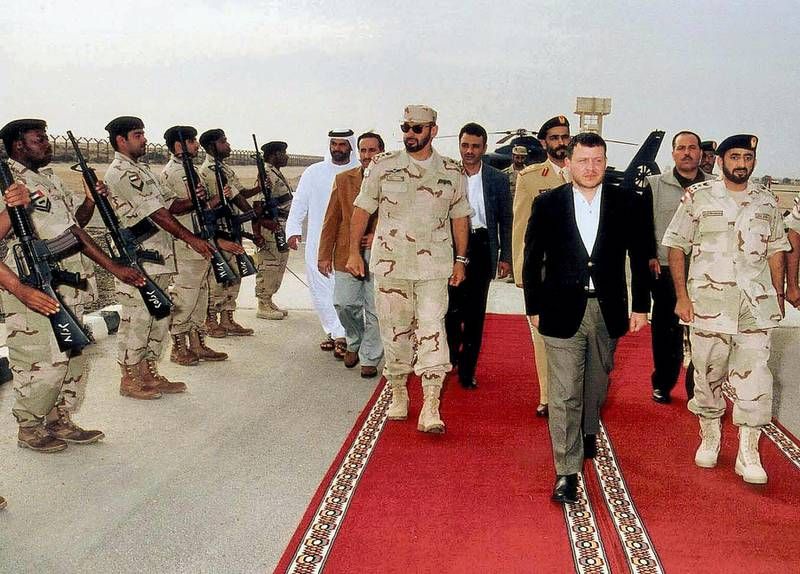 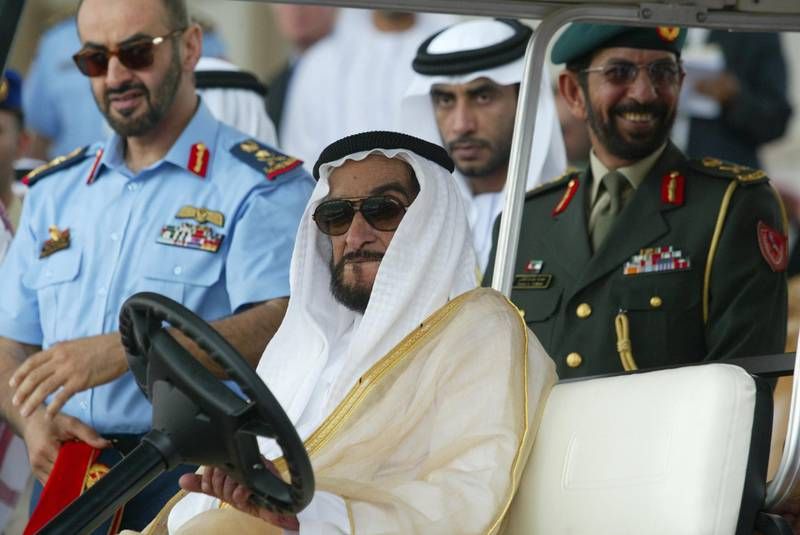 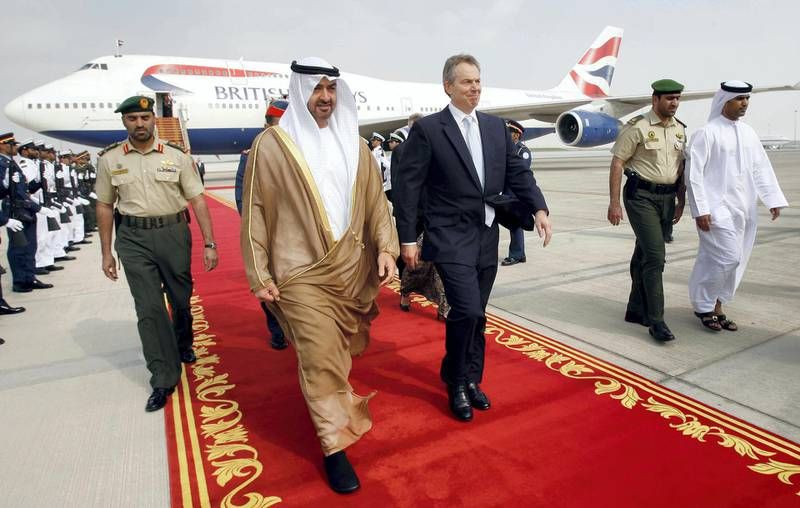 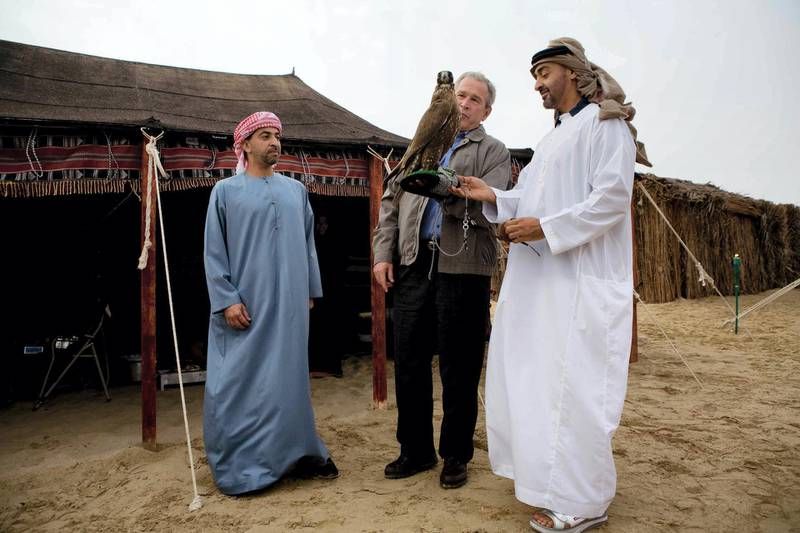 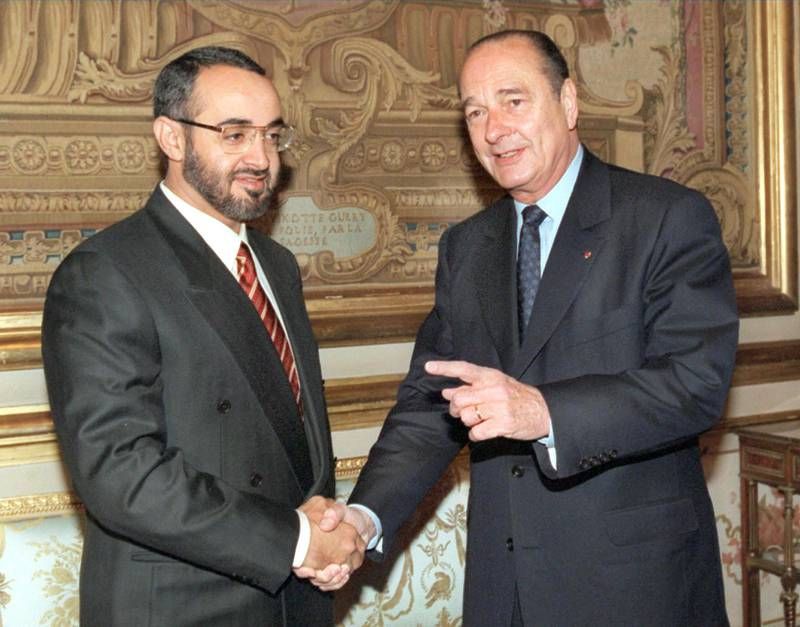 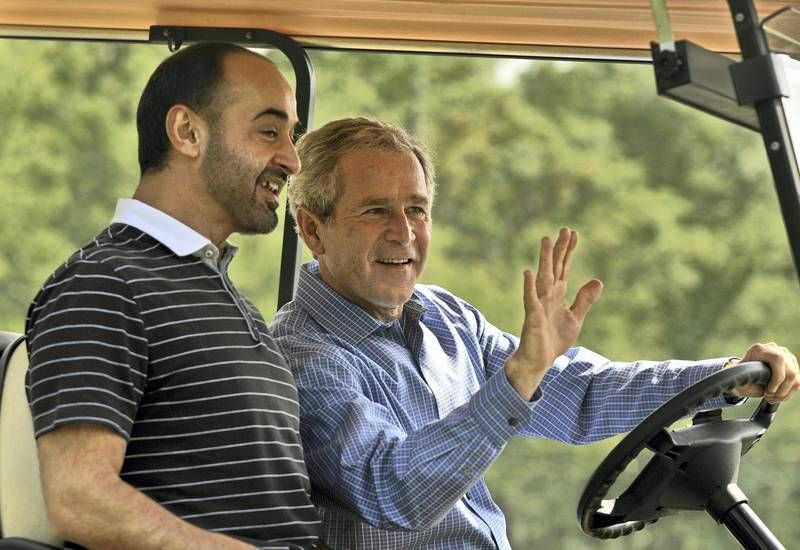 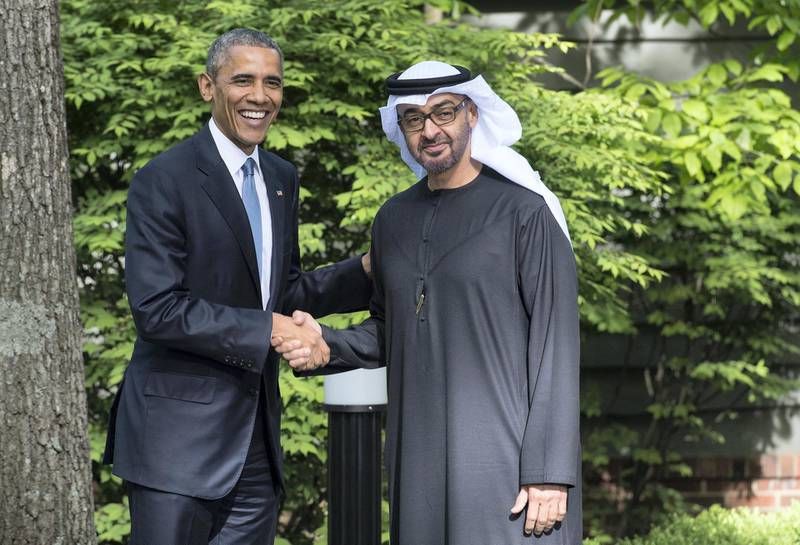 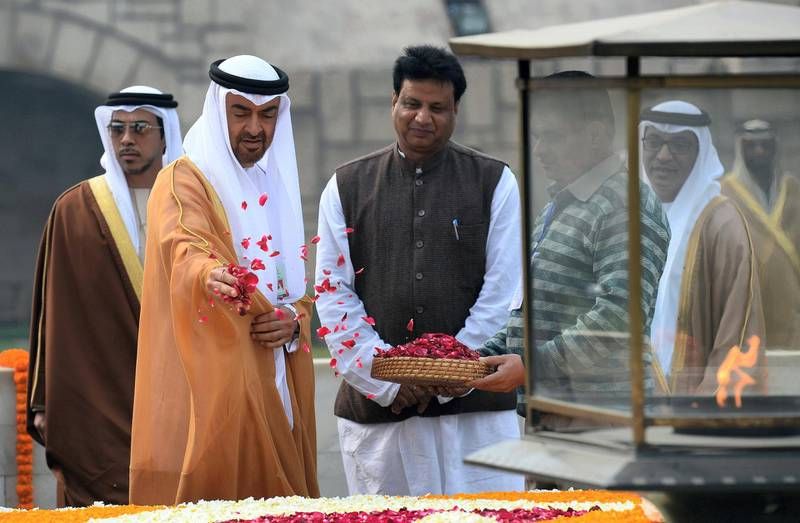 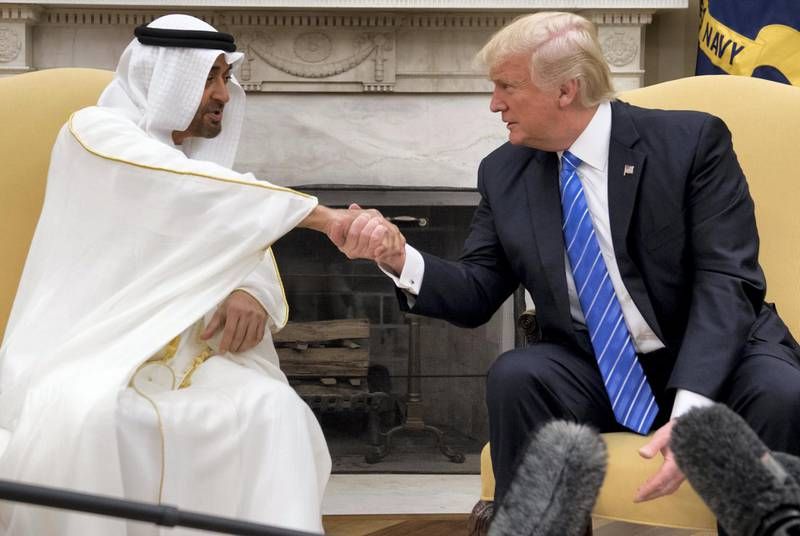 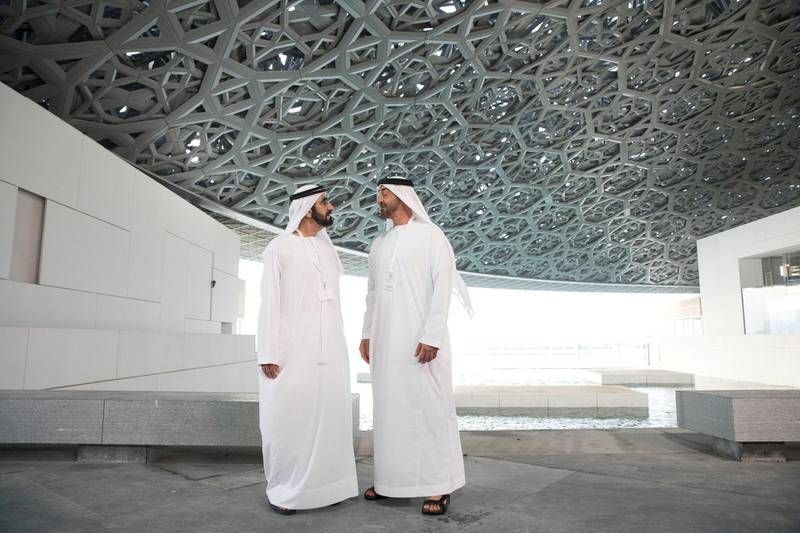 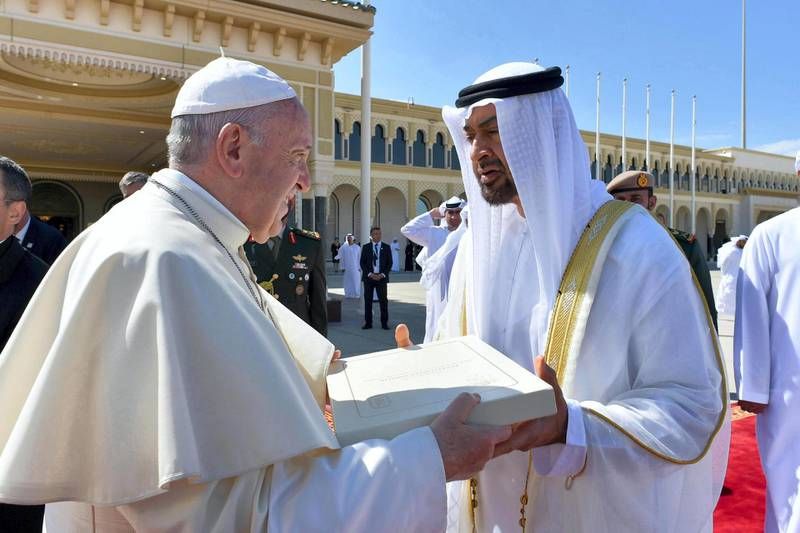 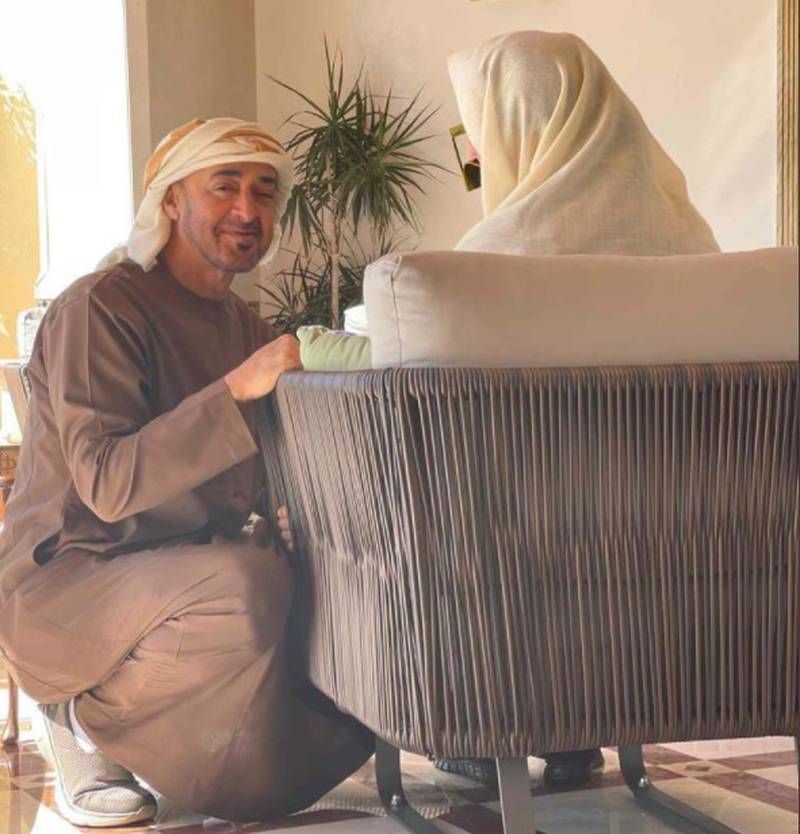 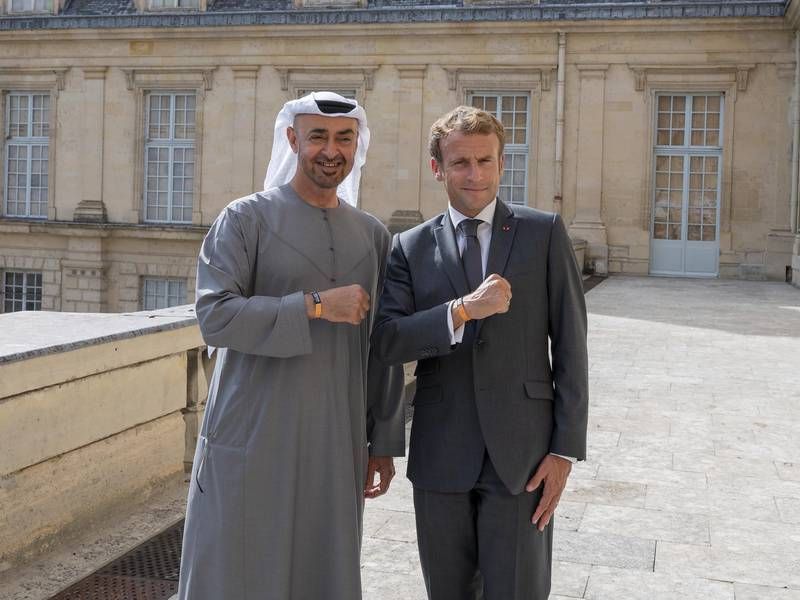 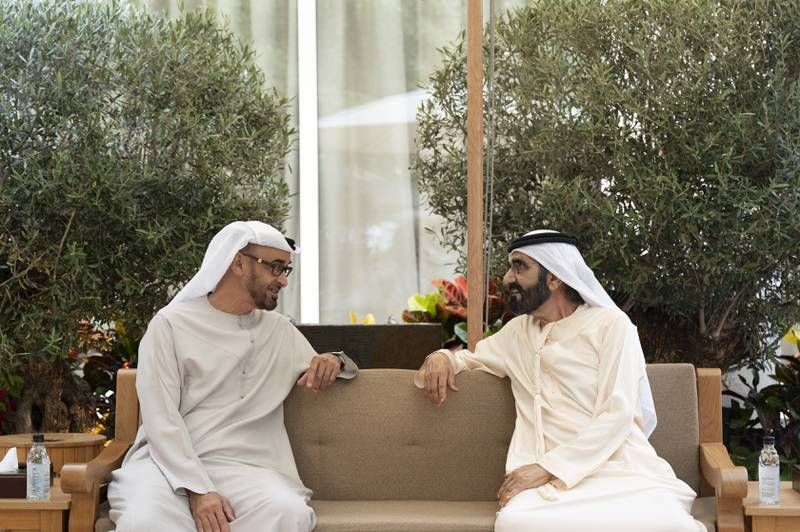 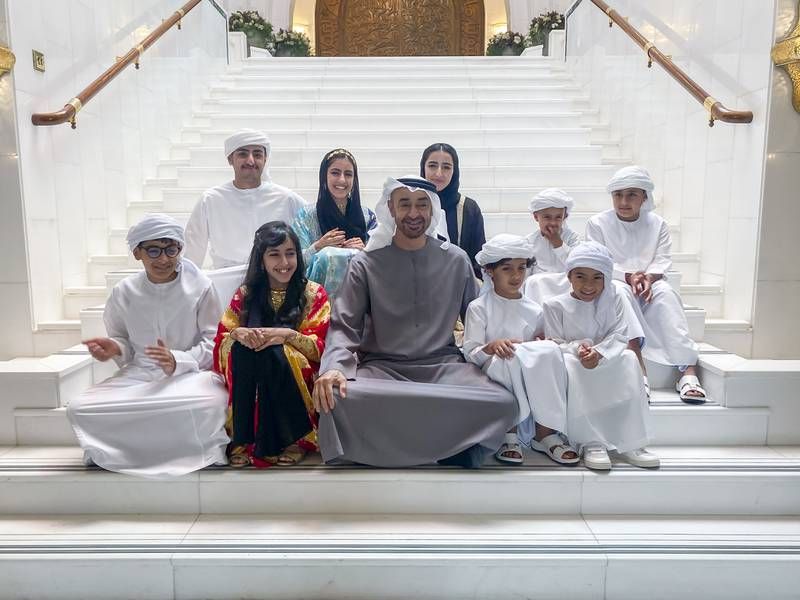 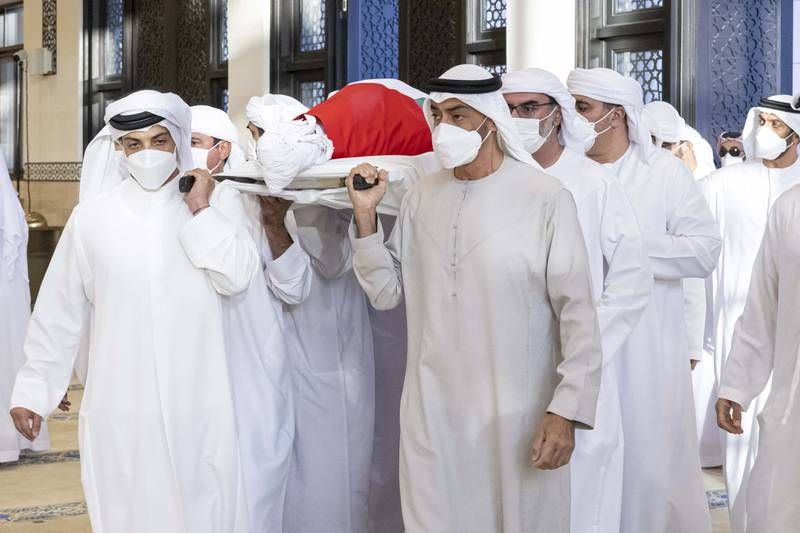 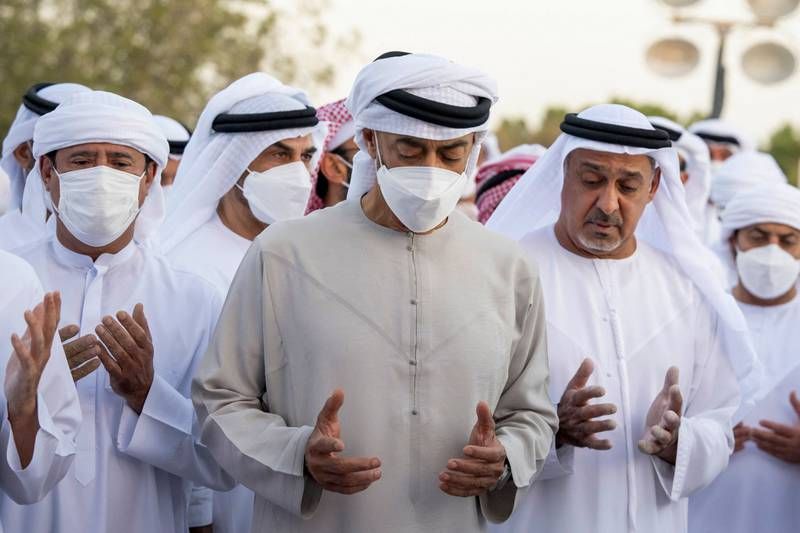 Sheikh Mohamed bin Zayed, who has been elected as the UAE President, during his schooling years in Al Ain. Photo: Al Ittihad