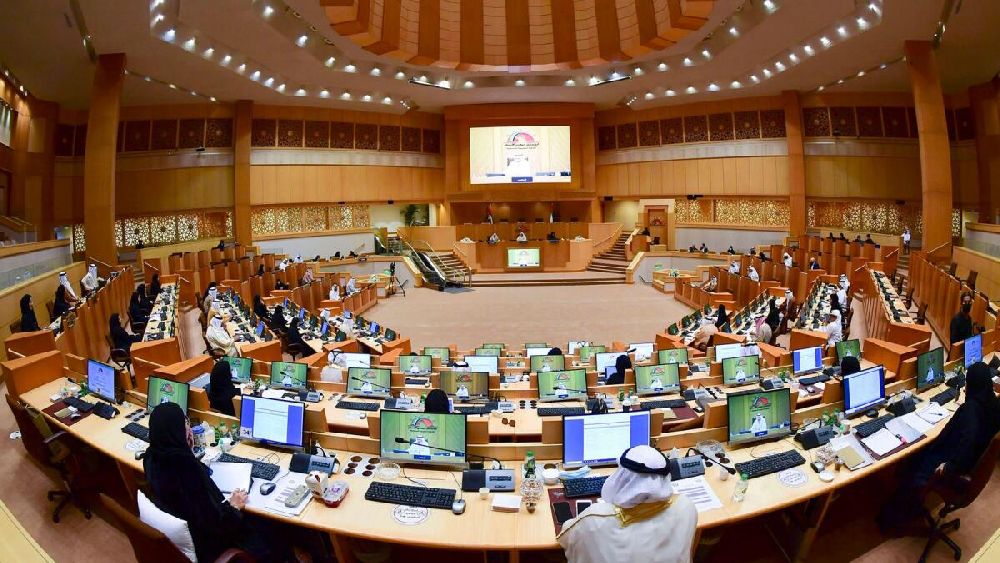 The forward-looking vision of the UAE’s leadership has been a pillar for all efforts to advance parliamentary work that can place the country at a leading global position, said said Abdul Rahman bin Mohammad Al Owais, Minister of Health and Prevention and Minister of State for Federal National Council (FNC) Affairs.

Al Owais’ comments followed the opening of the 4th Ordinary Term of the 17th Legislative Chapter of the FNC on Monday.

“This term comes as the UAE embarks on a new stage of development and prosperity across all sectors, signalling a commitment to maintaining the momentum of achievements over the next 50 years,” the minister said.

“The opening of the FNC’s 4th Ordinary Terms signals the launch of a new phase of constructive collaboration between the government and the council to the benefit of the nation and its citizens, whereby the two authorities work together to implement the sound, forward-looking vision of the President, His Highness Sheikh Mohamed bin Zayed Al Nahyan; His Highness Sheikh Mohammed bin Rashid Al Maktoum, Vice President and Prime Minister of the UAE, Ruler of Dubai; and Their Highnesses the rulers of the emirates.”

Al Owais stressed that the advanced cooperation between the government and the FNC over the past three terms — coupled with the transparent, objective, and clear representation of citizens’ issues before government representatives, and the joint efforts to develop appropriate solutions for them — are all evidence of the great success of parliamentary work in the UAE.

“The basis of collaboration between the two is to serve the country, meet the interests of its citizens, and invigorate the process of development and prosperity that the UAE is witnessing,” he said.

The constructive discussions taking place between FNC members and government representatives reflect the harmony between the two authorities and their dedication to serving the country and its citizens, he explained.