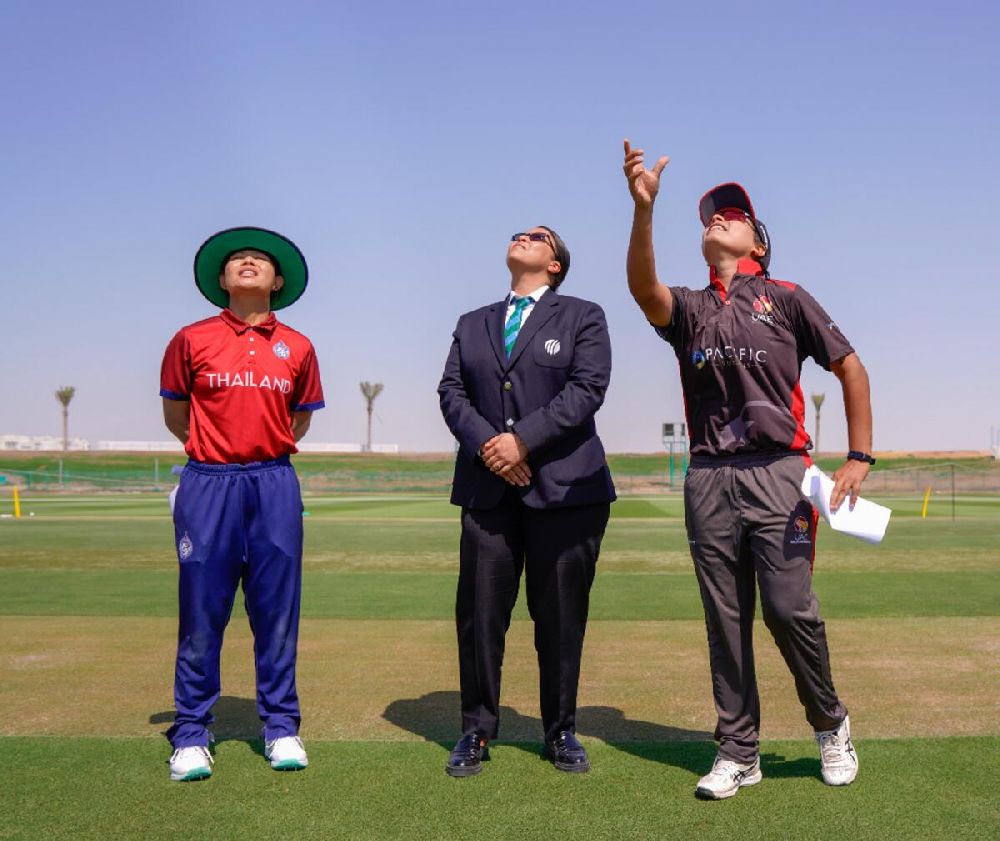 The UAE got off to a poor start in the ICC Global Qualifiers for next year’s T20 World Cup with a seven-wicket defeat to Thailand in their opening game on Sunday.

After being restricted to 92 for five by the impressive Thai bowlers in Abu Dhabi, the home team failed to put up a fight as Thailand reached home in 16.2 overs, losing only three wickets.

Off-spinner Nattaya Boochatham (4-0-17-2) was named the player of the match for her brilliant spell with the new ball after UAE skipper Chaya Mughal had won the toss and elected to bowl.

Mughal was the first player to be dismissed when she was bowled by Boochatham for a duck and the UAE suffered another early blow when Theertha Satish (2) was run out.

The prolific Esha Oza (1), the number four, then fell to medium pacer Chanida Sutthiruang (3-1-8-1), leaving the hosts gasping for breath at 7-3 in the fourth over.

Kavisha Egodage (40 not, 44 balls, 5 fours) and Natasha Cherriath (26 off 46 balls, 3 fours) did revive the innings with their 51-run partnership for the fourth wicket.

But after the top-order collapse, Egodage and Cherriath failed to score at a fast pace against the disciplined Thai attack as the home team were restricted to a modest score.

Thai openers Natthakan Chantham (39, 37 balls, 5 fours) and Nannapat Koncharoenkai (34 not out off 38 balls, 3 fours) then killed the match as a contest with their brilliant 55-run partnership for the first wicket.

In another match on the opening day of the tournament, Zimbabwe (87/2) beat Papua New Guinea (83 all out) by eight wickets.

The UAE now face a must-win situation in their remaining two Group A games against Papua New Guinea on Monday and Zimbabwe on September 21.

Eight teams have been divided into two groups of four each in this qualifying tournament with the top two teams advancing to next year’s ICC Women’s T20 World Cup in South Africa.