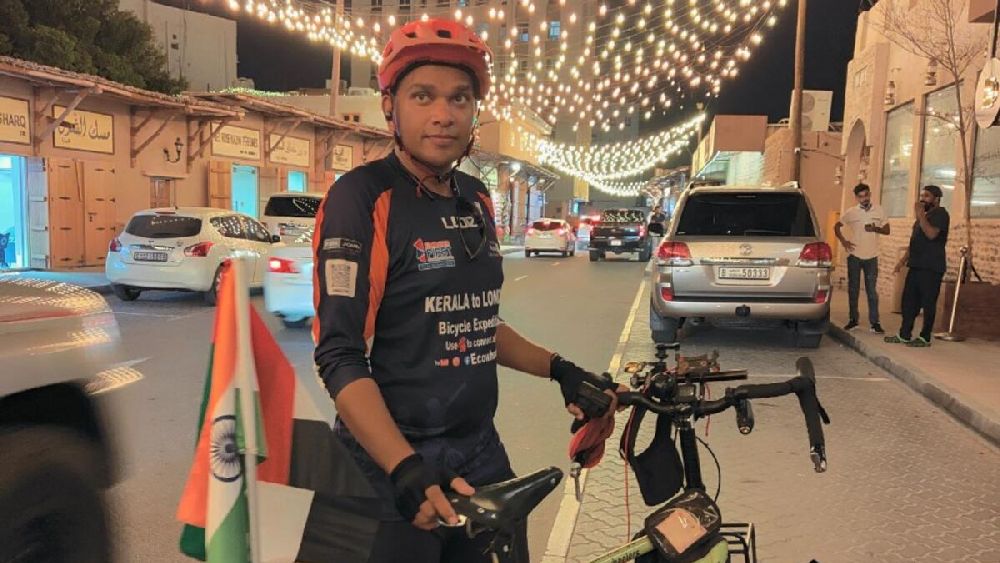 Thirty-four-year-old Fayis Ashraf Ali, a hard-core adventurer, has embarked on a big solo mission: To travel around 35 countries in 450 days — on a bicycle.

From the south Indian state of Kerala, Ali is biking his way to London to cover 30,000km. After departing Thiruvananthapuram on August 15 — where state Education Minister V Sivankutty flagged off his journey — he arrived in the UAE via Oman on September 27.

Speaking to Khaleej Times, Ali said he entered the UAE through Ras Al Khaimah and cycled through Khor Fakkan and Fujairah to arrive in Ajman.

“I will cycle to Sharjah, spend some time there attending events and then head on to Dubai and Abu Dhabi before crossing into Saudi Arabia,” he said.

The cyclist plans to spend 24 days in the Emirates, the third destination on his list. Here’s a photo of him in Khor Fakkan: 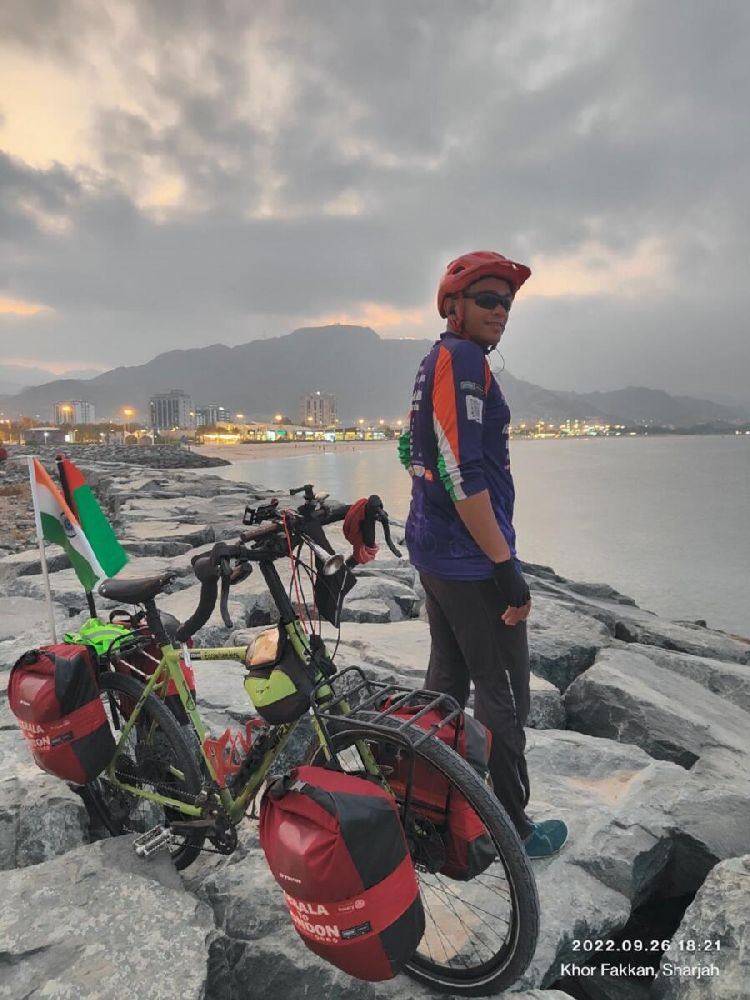 In the UAE, Ali has only one hope – to meet the Dubai Crown Prince, Sheikh Hamdan bin Mohammed bin Rashid Al Maktoum.

“He is my hero. I draw so much inspiration from his adventurous personality. I sincerely hope to meet him before I depart for Saudi Arabia,” he said.

After his UAE pit stop, he will be moving to Saudi Arabia, where he will cycle across the country for two months.

“I hope to go to the holy cities of Makkah and Medina, and visit every place in Saudi Arabia, where I worked for four years with Wipro before leaving my job,” said Ali, an electrical engineer who has kept aside his professional goal to cycle worldwide.

From Saudi Arabia, he will travel to Qatar, and Bahrain, return to Saudi Arabia then head to Kuwait.

“From there. I will go to Iraq, Iran, Azerbaijan, Georgia, and Turkey and enter Europe through Greece. I plan to ride across 22 countries in Europe and hope to reach London in 2023,” he said.

This is not Ali’s first long journey on his bicycle. In 2019, he cycled from Kozhikode to Singapore in 104 days, covering more than 8,000km. He pedalled through Nepal, Bhutan, Myanmar, Thailand and Malaysia during that time.

No support crew, no hotel bookings

Going on this adventure — without any support crew — is not a spur-of-the-moment decision for the cyclist. In fact, it took him over a year and a half to plan the solo journey.

“I am travelling alone as this is being done on a budget. I am staying with people I meet during my travels. I have not booked rooms in hotels or lodges,” said Ali.

For example, in Khor Fakkan, Ali stayed with some cafeteria workers across the police station.

“I coincidentally went into the cafeteria to eat some food and told them about my journey. They invited me to stay with them for the night,” he said. “Since I am a Rotary Club member, I stayed in some of the club locations in India. I am hoping to find similar support in Europe. If not, I will sleep in a tent, a mosque, or whichever place that will have me for the night,” he said.

He rides on a Surly Disk Trucker Cycle, sponsored by UAE-based travel and luggage accessories company ParaJohn. Dubai- based Emirates First is also lending some financial assistance to him.

On his bicycle, he carries four bags filled with clothes, a battery pack, dried fruits, tools, and a GPS tracker. He rides only in the mornings. 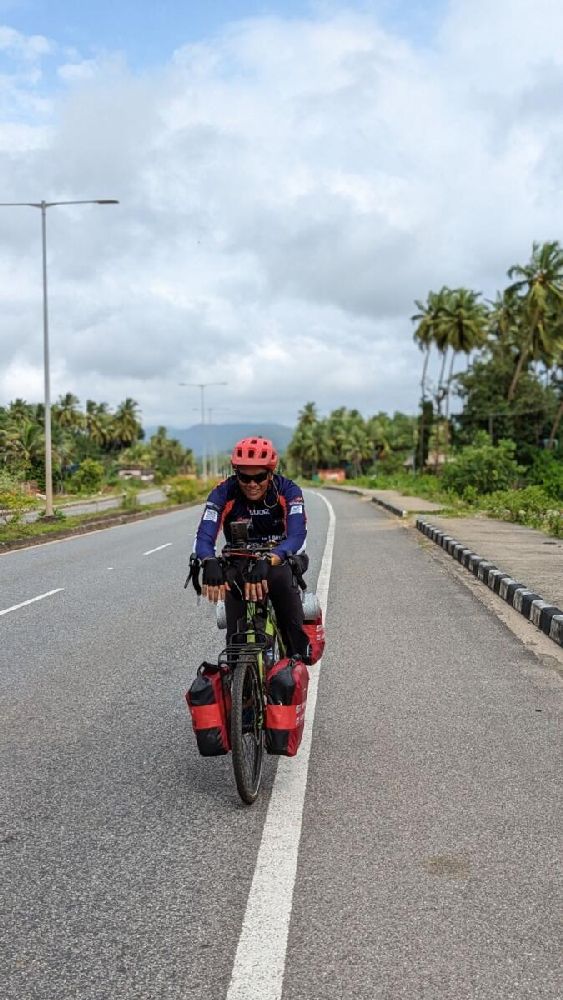 What inspired Ali to take up this adventure?

Ali left his job as a networking engineer in 2016 to take care of his father who was suffering from a cardiac ailment.

“I got into the habit of cycling around that time. I got my cycle when my father was in the ICU. Unfortunately, a week later, my father died,” said Ali. He believes cycling would strengthen one’s heart.

“My wife supports me in every way possible. She is the one who plans my itinerary and posts on social media. She helps me immensely with the paperwork needed for such a journey. She does all this while taking care of our kids and is an assistant professor at the Coorg Institute for Dental Sciences. She is a superwoman,” he said.

Ali says that to make extraordinary achievements, one has to make several sacrifices. “I do not want to go back to work, and I want to achieve something extraordinary before I depart from this world,” he stated.