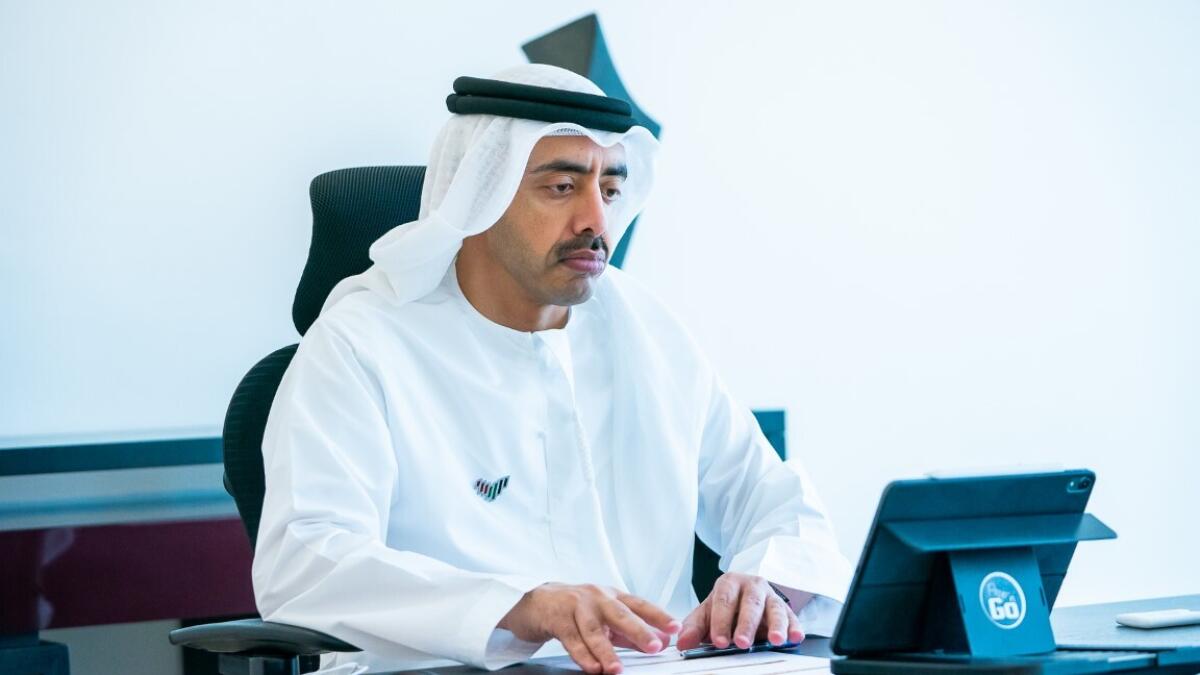 The Minister of Foreign Affairs and International Cooperation in the UAE, Sheikh Abdullah bin Zayed Al Nahyan, made a phone call to his Turkish counterpart yesterday.

Recent developments, including Taliban’s recent ban on women’s education and appointment to roles in non-governmental and humanitarian organisations, as well as the storming of Al Aqsa Mosque by an Israeli minister, were discussed in the call with Mevlüt Çavuşoğlu, Minister of Foreign Affairs of the Republic of Türkiye.

Sheikh Abdullah emphasised that this ban, along with earlier ones, violate fundamental human rights. He said that Islam devotes significant attention to women, grants them a privileged position, and safeguards their rights. He affirmed the need to guarantee women’s rights, as well as the importance of full and equal participation of women and girls in all aspects of life.

For his part, Çavuşoğlu reaffirmed Türkiye’s expectation for this decision to be reversed and emphasized the importance of coordinated efforts in this regard, particularly through the Organisation of Islamic Cooperation.

During the phone call, the ministers also reiterated their condemnation of the storming of Al-Aqsa Mosque yesterday by an Israeli minister.

They underlined the importance of preserving the status and sanctity of holy places in Jerusalem and increasing coordination against such unacceptable acts. They also discussed the need to provide full protection for Al-Aqsa Mosque and halt serious and provocative violations taking place there, and called upon Israeli authorities to assume responsibility to reduce escalation and instability in the region.

The ministers concluded by discussing issues related to the bilateral agenda.